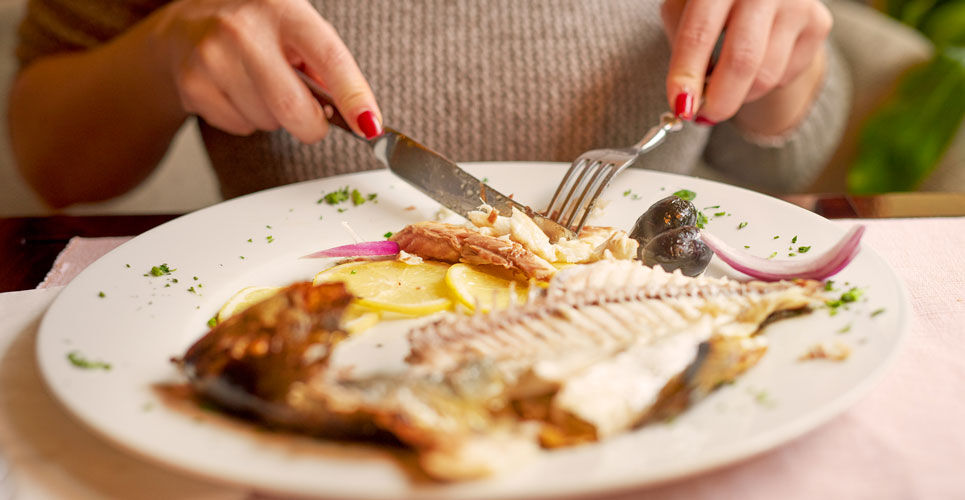 Development of type 2 diabetes reduced most by eating fish diet

Eating a predominately fish diet seems to be the best way of avoiding the development of type 2 diabetes (T2D) compared to other dietary patterns. This is according to an analysis of data held in the UK Biobank.

Type 2 diabetes is a metabolic disorder that results in hyperglycaemia and globally affects a huge number of people. For example, one estimate from 2017 suggested that approximately 462 million individuals were affected (6.28% of the world’s population), leading to 1 million deaths per year. Fortunately, a number of cases of T2D can potentially be prevented by lifestyle changes, including maintaining a healthy body weight, consuming a healthy diet, staying physically active, not smoking, and drinking alcohol in moderation.  In fact, a 2017 systemic review identified how the risk of diabetes is reduced by increased consumption of whole grains, fruits and dairy, but that the risk is increased by greater consumption of red meat, processed meat and sugar sweetened beverages. Nevertheless, what is less clear is whether a particular eating pattern, e.g., a mainly fish diet, or one based on poultry or vegetarianism, has a greater impact on the risk of developing diabetes.

For the present analysis, the team used the UK Biobank database to explore the associations between different types of diets and the risk of incident T2D. Since many patients with T2D are overweight, the researchers also examined the extent to which adiposity might impact on these associations. Within the UK Biobank, participants complete food frequency questionnaires and based on responses, individuals were categorised as vegetarian, fish eaters, fish and poultry eaters and finally meat eaters. A number of participants reported eating a varied diet and the effect on this type of diet was analysed separately. The results were analysed using Cox-proportional hazard models which provided a measure of the association between the different diets and the risk of type 2 diabetes and models were adjusted for several factors including age, sex, alcohol intake, smoking status etc.

Fish diet and the risk of type 2 diabetes

Interestingly, the researchers found that general obesity was a partial mediator for fish diets, accounting for 49.8% of their lower risk of developing type 2 diabetes.

The authors concluded that fish diets produced the greatest reduction in the risk of developing diabetes and that this effect was largely due to the fact that fish eaters had a lower level of adiposity.