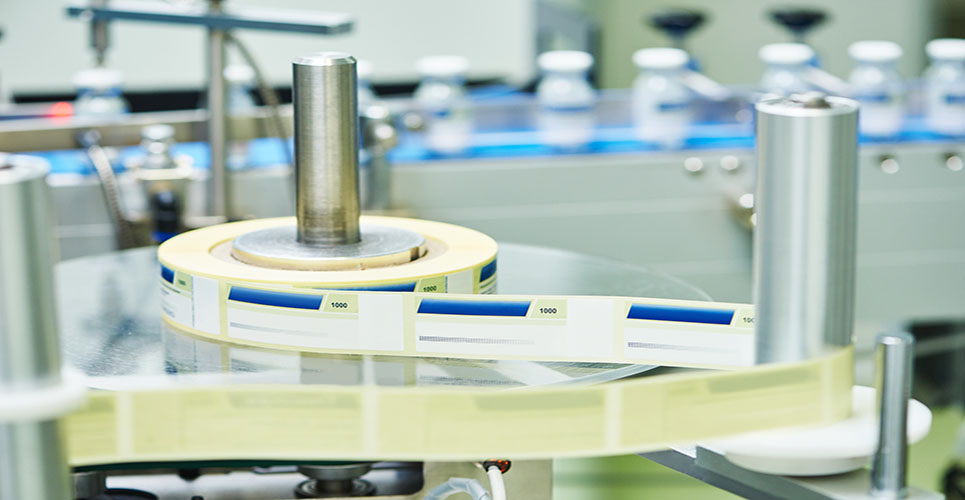 Medication errors can occur at any point in the medication use process: prescribing, transcription, supply/ dispensing, storage, administration and monitoring/review. A previous systems evaluation in the US determined that dispensing errors occur less frequently than those of prescribing or administration.1

However, the National Patient Safety Agency (NPSA) analysis of submitted incident reports to the National Reporting and Learning Scheme from all care settings, published in 2007 and 2009,2,3 identified medication incidents occurring at preparation and dispensing to be similar to those occurring at the prescribing stage of the process.

But approximately half the incidents reported were associated with administration and supply, and these results may also reflect the reporting culture within organisations.

The guidance on dispensing medicines included recommendations about labelling small containers – e.g. eye drops, label layout, font size, type and print quality to enable patients and carers to easily read label information. However, adopting these recommendations also makes labels easy to read by staff during the both dispensing and accuracy checking. The advice provided to reduce labelling errors includes assessing the accuracy of the label by comparing this with both the prescription and the stock before applying the label to the medicine to be dispensed.5

The NPSA report on patient safety concerning the graphic design of medication packaging highlighted the importance of space on manufacturer’s original pack to allow the dispensing label to be attached.6 This ensures that no part of the manufacturer’s labelling is obscured and facilitates checking of the label and prescription with the medicine dispensed during the final accuracy check.

In addition to information on the prescribed and dispensed medicine, the reporters were also asked to identify the contributing factor they considered led to the dispensing incident.9 In this study of 1,005 unprevented incidents, drug errors accounted for 51% and labelling errors for 27%, with combined drug and labelling errors responsible for 16%.

This study also again highlighted that reporters perceived that look-alike, sound-alike drug names contributed to dispensing errors. We therefore conducted a UK study to investigate the contribution of similar drug names, strengths and dosage forms by analysing prevented and unprevented dispensing incidents reported at one NHS trust over a three-year period and linking this to dispensing frequency.

The results indicated that a dispensing selection error was more likely to occur for a prescribed drug which had a low dispensing frequency when it had a similar name, strength and dosage form to a drug which was located on the dispensing stock menu than one which was dispensed more routinely.10 Such incidents would be categorised as labelling errors. In addition, the majority of these wrong drug selections were related to the strength of the medicine and not the drug name.

Evaluation of labelling errors
A critical-incident technique was developed to further investigate prevented dispensing incidents in Welsh hospitals following key informant interviews and validation of the dispensing process.11 The methods required participants to provide a written description of each dispensing error for a selected list of high-risk medicines. The circumstances surrounding the incident were also documented and included information about the working environment – e.g. workload and interruptions.

The written account was then sent to the researchers for qualitative analysis, which allowed identification of active failures, errorproducing conditions and latent failures, such as skill mix and interruptions. The use of this written critical-incident technique allowed data to be gathered simultaneously from a number of hospitals at geographically distant locations.

Subsequently, this technique was further developed to interview staff involved in dispensing-label errors at the two main dispensaries at one London NHS trust.12 In this study, label errors identified at the final checking stage were reported confidentially to a researcher, who then approached the member of staff involved to request a face-to-face interview not more than 96 hours after the incident.

This time limit was adopted to aid accurate recall of the dispensing incident and the circumstance that lead to the error. The topics covered in these interviews were guided by those developed in the previous study: a description of how the error occurred, steps in the process for label generation, the working environment and finally prevention strategies to avoid such errors in the future. The confidential interviews took place at a location convenient to the dispensary staff.

The potential factors described by the staff involved in the errors were analysed using Reason’s accident causation model.13 This model was used, as it allows identification of:

In addition to recording and analysing both prevented and unprevented errors, it is also important to determine the incident rate of each drug. For example, nifedipine was identified as having the highest rate of unprevented incidents in the large retrospective analysis of unprevented dispensing errors. This was because although it was not associated with the largest number of reported errors, it was dispensed less often than other medicines.9 A recent study investigated the understanding and competency of both recently qualified pharmacists and undergraduate pharmacy students when checking medicines for accuracy.14

This suggests that current training for pharmacists in accuracy checking should be improved and also reinforces the importance of recording and analysing both prevented and unprevented dispensing incidents to inform such training.

Conclusion
A valid and comprehensive dispensing error definition has been developed by Franklin and O’Grady.15 Therefore, this could be adopted by pharmacists who wish to evaluate dispensing incidents and would more readily allow robust comparison with other studies.

It is also important to evaluate both prevented and unprevented dispensing incidents, as it would appear that these may be different and one cannot be used as a surrogate marker for the other.8

Using Reason’s accident causation model13 to analyse critical-incident reports collected when labelling errors occur can provide an insight into the causes and to allow strategies and/or modifications to be made at each stage to improve the dispensing process.