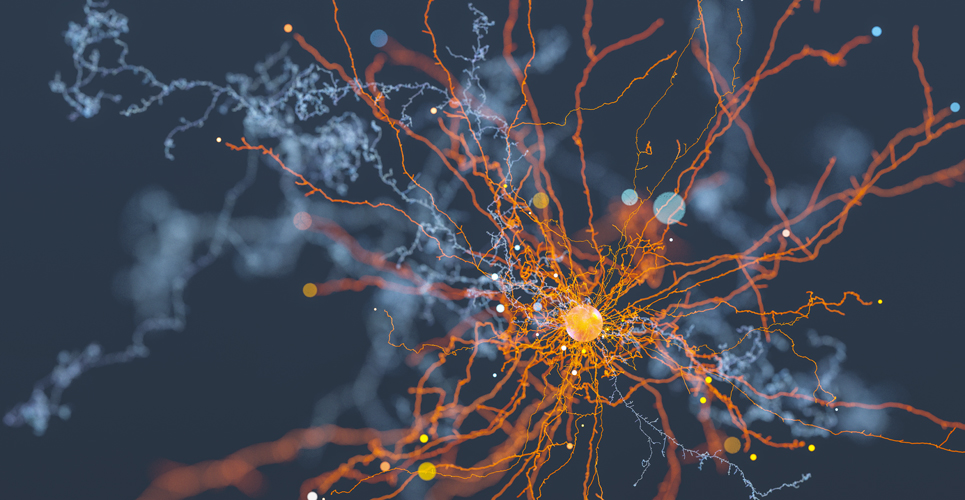 Epilepsy is the commonest neurological disorder of childhood, with an estimated prevalence of three to six per 1,000 children.(1) Approximately half of all epilepsies begin before the age of 20 years, and a quarter of these are intractable with severe social and cognitive consequences. (2) Owing in part to brain development, childhood epilepsy and its drug treatment exhibit characteristics that are not observed in adult epilepsy. These features vary in relation to the epilepsy itself, cognitive functions and behaviour, caregivers and ethics, and the pharmacokinetics, metabolism and tolerability of drugs. The appropriate treatment of epilepsy with antiepileptic drugs (AEDs) is dependent on making the correct assessment of seizure type or syndrome, a task that is not always straightforward, particularly in children.

A firm diagnosis of epilepsy should be established before the introduction of an AED. There can be considerable difficulty in determining whether a paroxysmal event is an epileptic seizure. It has been found that up to 30% of children arriving at a tertiary centre for assessment of epilepsy have been misdiagnosed.(3) Children who have had two or more epileptic seizures should be considered for AED treatment, but the final decision to commence treatment rests with the parent and child in cases of rare seizures.

In order to use AEDs appropriately, an understanding of the pharmacokinetics of these drugs in children is essential. Children have a faster metabolic rate, and because this is inversely related to body surface area, they break down drugs more quickly than adults. Consequently, larger doses relative to body weight are required for children compared with adults, and in view of their shorter elimination half-lives, they may need more frequent dosing in order to maintain a steady-state plasma level. This may lead to difficulties with compliance and may necessitate the administration of AEDs within schools, which can be problematic and therefore needs to be avoided where possible.(4)

There are 16 specific AEDs marketed in the UK currently for use in adults (Table 1), with more expected to be licensed over the coming years.(5) The availability of an increasing number of newer AEDs over the last two decades has led to a wider choice in medication, but may paradoxically have contributed to therapeutic confusion.(6) Medications take time to be licensed in children, which leads to the difficulties of unlicensed use. There are also discrepancies in licensing practices between different countries, so some countries gain greater experience with one particular drug than others (eg, oxcarbazepine has been widely used in Scandinavia but was licensed in the UK only in 2000). There are few studies directly comparing the older AEDs with the newer ones, and the new drugs all appear to have similar efficacy and tolerability when compared with each other.(7) Although the newer AEDs are not proven to be more efficacious than the older drugs in newly diagnosed epilepsy, they do offer advantages in terms of improved tolerability, ease of use and reduced interaction potential. They also produce a reduction in seizure frequency in up to 40–50% of patients who had been refractory to older-generation drugs,(8) but they lead to seizure freedom in only a small number of individuals with truly intractable epilepsy.

AEDs are prescribed for a child according to the seizure type or syndrome, and therefore the crucial issue is to make the correct diagnosis and to classify the seizure type or syndrome so that the most appropriate AED can be selected. This remains difficult, but there is no substitute for obtaining a clear witness account (or seeing videos of seizures where possible) to be able to accurately classify seizure type. Seizure types are essentially characterised as partial (simple partial, complex partial or partial seizures becoming secondary generalised) or generalised (absence, atypical absence, myoclonic, tonic, clonic, tonic–clonic or atonic).(9) Figure 1 summarises the choice of drug based on seizure type.

Epilepsy syndromes are epileptic disorders characterised by a cluster of signs and symptoms occurring together. Clearly identifying these syndromes allows for a greater precision of diagnosis and prognosis than that achieved by simply classifying seizure types. Some syndromes are well defined (for example, benign rolandic epilepsy), whereas others are rather poorly defined (such as epilepsy with generalised tonic–clonic seizures on awakening), including heterogeneous groups of seizures related only through the circumstances of occurrence of a common type of seizure. The common epilepsy syndromes of childhood and their appropriate treatments are summarised in Table 2.

It may be difficult early in the evolution of a child’s epilepsy to definitively identify a seizure syndrome as this may become clear only with time. The clinician must be aware of this as drugs prescribed on the basis of seizure type may not be appropriate when the epilepsy syndrome evolves and may lead to a deterioration in seizure control with aggravation of other seizure types (for example, carbamazepine medication could lead to the emergence of myoclonic seizures). A study of the treatment of childhood epilepsy found that primary care physicians had a poor understanding of seizure and epilepsy syndrome classification, which led to children being frequently treated with an inappropriate AED.(10) This highlights the need for education and clear recommendations for the management of children with epilepsy, which should be led by paediatric neurologists. A recent study of children referred for assessment of newly diagnosed epilepsy demonstrated that syndrome type could be classified by paediatric neurologists in all but 12% of cases.(11)

Studies of AEDs in children present particular problems. Traditionally the use of new AEDs in children has been delayed until sufficient information is obtained from adult studies. However, paediatric epilepsy syndromes differ significantly from adult epilepsies, and children and adults are not comparable in terms of their pharmacokinetics and the response of the brain to AEDs. Indeed, AEDs may have long-term effects on the developing brain. The Commission on AEDs of the International League Against Epilepsy therefore issued guidelines for trials in children highlighting the need for special studies to determine the usefulness and specific indications for AEDs in children.(2) New guidelines for the investigation of AEDs have also been implemented by the European Agency for the Evaluation of Medicinal Products, with a specific section relating to children.(12)

There are difficulties recruiting children to randomised, placebo-controlled trials of available AEDs so some potentially important indications for newer AEDs may have been missed. Many data are currently obtained postmarketing and off-label. Over the last decade there have been increasing numbers of clinical trials of AEDs for specific epilepsy syndromes.(13-17) A recent randomised, controlled trial of the administration of stiripentol to a group of children with severe myoclonic epilepsy of infancy illustrated eloquently how the efficacy of an AED can be established in small numbers of patients provided that the group is homogeneous.(18) A syndrome-specific approach is therefore desirable when establishing the indications and efficacy of new AEDs in children. This will require substantial changes to the drug approval process and is likely to necessitate major funding from sources outside the pharmaceutical industry.(19) There are clearly ethical issues surrounding “experimentation” in childhood, but it can be argued that it is more ethical to carry out studies of medication under appropriate regulation.

Monotherapy is clearly preferable to polytherapy in terms of fewer side-effects and the avoidance of drug interactions. However, complete control of epileptic seizures using a single drug can be anticipated in fewer than 80% of cases.(21) In intractable cases it may be necessary to employ polytherapy, although this should be limited where possible. There is evidence of synergistic action with two AEDs, but no evidence that more than two drugs are any more effective.(22) The clinician must be aware of potential drug interactions associated with polytherapy, which may have both clinical advantages (such as better effectiveness, milder side-effects and broader spectrum of seizure control), and disadvantages (including increased frequency of different side-effects, potentiation of side-effects, idiosyncratic toxicity and seizure exacerbation). Some combinations of drugs exhibit both advantages and disadvantages. This is well exemplified by the combination of sodium valproate and lamotrigine, which provides increased efficacy.(23) However, there are disadvantageous interactions between these two drugs, which can result in an increased risk of the idiosyncratic reactions of lamotrigine, including skin rash. In other adjunctive therapy trials the potentiation of the known side-effects(24) that are seen to a much lesser degree in monotherapy has been demonstrated.(25) Efficacious combinations of AEDs specific to syndromes are shown in Table 2.

When introducing AEDs to children the key is to titrate the dose slowly. There is clear evidence that in doing this the incidence of side-effects is smaller. Dosages should most accurately be based on surface area, but in practice weight per kilogram is used as this is more practical. The appropriate dose in the formulation that is most suitable for the child should be prescribed. The introduction of dissolvable, chewable and sprinkle preparations in recent years has certainly improved the administration of drugs to children, particularly those who are young or learning disabled. Controlled-release preparations have also enabled less frequent dosing and may improve compliance. Clear written instructions should be administered to the parents and child following any change in medication, and support should be available to the family in case of any queries. Discrepancies are not uncommon between what the physician believes the patient is taking and what is actually being taken!(26)

There are a number of new AEDs currently undergoing trials in Europe, including zonisamide. There is considerable experience in Japan with zonisamide, where it has been used for refractory partial seizures, ­generalised tonic–clonic seizures, atypical absences, infantile spasms and myoclonic seizures. It has been found to be particularly helpful in progressive myoclonic epilepsies and Lennox–Gastaut syndrome.(27) The side-effect profile of zonisamide appears ­reasonably favourable, with somnolence and ataxia being the main disadvantages, but there have been reports of behavioural disturbance in children that clearly requires further evaluation.(28) There are at least 11 other new AEDs in development (ADCI, AWD 131–138, DP16 [DP-VPA], ganaxolone, losigamone, pregabalin, remacemide, retigabine, rufinamide, TV1901 and soretolide).(29) These drugs need to undergo clinical trials based on carefully defined epilepsy syndromes and aetiologies.

Conclusion
Major advances in the pharmacological management of epilepsy in children in the last decade have led to new AEDs, further drugs in development, a greater understanding of the clinical pharmacology of AEDs, and more epilepsy syndrome-directed trials. The key is to make the correct assessment of seizure type and syndrome to guide the clinician to the correct AED. Rigorous trials of newer AEDs under development directed towards homogeneous patient groups with specific epilepsy syndromes and monotherapy trials are the innovations for the future. The choice of AEDs is becoming more and more extensive, and clear hospital prescribing policies, based on best available evidence for efficacy and safety, are necessary.