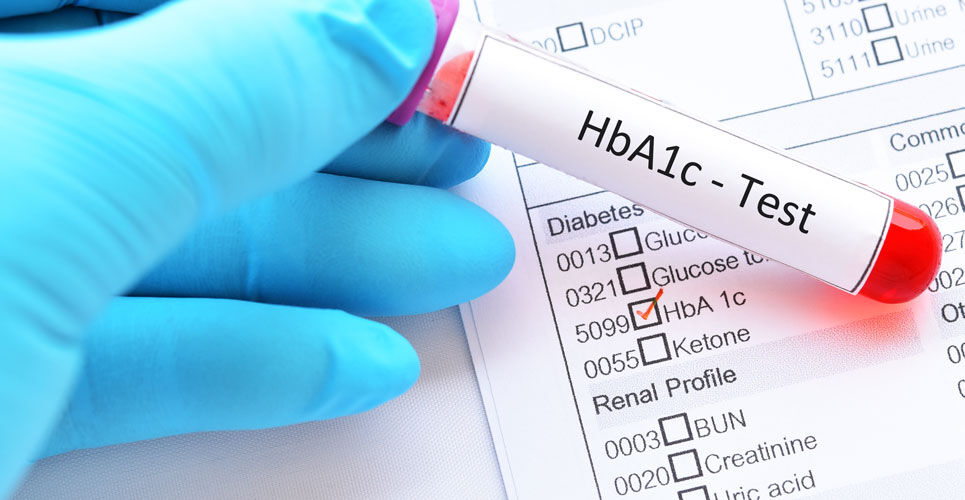 Gaining early glycaemic control in patients with type 2 diabetes reduces the incidence of adverse cardiovascular outcomes according to the findings of a retrospective study by a team from the Department of Clinical & Experimental Medicine, University of Surrey, UK.

Patients with type 2 diabetes (T2D) are at a higher risk of death and adverse cardiovascular outcomes than those without the condition. Furthermore, poor control of diabetes defined by an increased level of glycated haemoglobin levels (HbA1c) is also known to be a risk factor for myocardial infarction (MI). In fact, one study found that each 1% higher HbA1c was associated with an 18% greater risk of MI. In addition, the HbA1c levels 3 months post-diabetes diagnosis, has been found to be a strong predictor of subsequent mortality.

The team reviewed the records of adults with a diagnosis of T2D and an HbA1c level recorded at diagnosis and after 1 year and with an additional five measurements recorded over time. The HbA1c values were categorised into three groups: group A (HbA1c < 7.5%), group B (HbA1c 7.5% – 9.0%) and group C (HbA1c > 9.0%). The team then recorded the individual patient’s group status at the end of the first year, for instance, a status of A to A, meant that the person’s levels remained in group A, a C to A status meant that values transitioned from C to A during the first year and so on. A glycaemic variability score was also calculated, based on the number of times the HbA1c reading differed by more than 0.5% and the results categorised into 5 groups, depending on the level of variability (e.g., 0 – 20, 21 – 40 up to 81 – 100). The primary outcome of interest was the first occurrence of a major adverse cardiovascular event (MACE) which included myocardial infarction, coronary intervention, stroke, amputation/limb revascularisation.

The authors concluded that both transitioning to an HbA1c <7.5% within the first year after a T2D diagnosis and lack of substantial glycaemic variability were both associated with reduced MACE events.