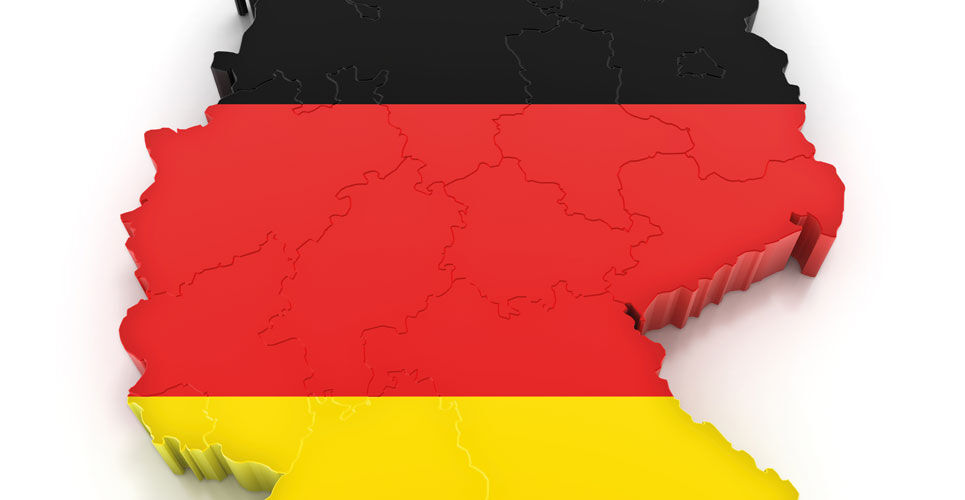 The theme of the 2022 German Hospital Pharmacists Association (ADKA) congress was ‘Hospital pharmacists – innovative, digital and near to patients’ and presentations showed how progress has not stood still during the coronavirus pandemic

Modernisation of healthcare was a key underlying topic of this year’s ADKA congress. The German government has enacted legislation to drive forward a number of changes in healthcare including a shift from inpatient to outpatient treatment wherever possible, and extensive digitalisation.

To support these developments up to 4.3 billion Euros have been allocated by the German government in the hospital future fund (KHZF). Further funding is expected from the federal states and/or hospital operators.

Digitalisation of medication management is of particular interest because the government has called for the introduction of a closed-loop medication management system by 2023. This poses a challenge to German hospital systems and pharmacists partly because healthcare is insurance-based, and systems differ from hospital to hospital.

The DKG (German Hospital Society) is working closely with the ADKA to support the development and introduction of workable systems. “ADKA and DKG are partners in medication safety”, said Dr Gerald Gass, CEO of the DKG, speaking at the congress.

Closed-loop medication management systems seek to establish traceability at every stage of the medication use process from prescribing through to administration, according to Professor Dr Irene Krämer (Director of Pharmacy, University Hospital, Mainz, Germany). Digitalisation for medication calls for electronic patient records, electronic prescribing (with integrated clinical decision support systems), digitalised drug distribution, barcode- or RFID-supported medication administration and electronic prescriptions for discharge medication. All of this makes considerable demands for interfacing and integration of systems, she noted. Another important element of the digitalisation process is the management of injectable drugs. High-risk injectables should be prepared in the pharmacy either using compounding robots or should be supplied in standardised concentrations. Administration and documentation should make use of smart pump technology and barcoding, she explained.

Professor Krämer explained how the ‘must’ criteria might be implemented in practice. For example, one ‘must’ criterion states that there should be a digital record when medication is taken from the storage system. This could be achieved by using electronic medication cupboards on wards. When a dose is taken from the cupboard, an electronic record of the person involved, the medication, and the time of the transaction is automatically made.

Digitalised drug distribution could be achieved by using unit dose systems (UDDS) or through the use of single doses issued from electronic medicine cupboards, said Professor Krämer. It may be difficult to issue unit dose injectable medicines and in practice, all systems are hybrids, and this is probably optimal, she added.

A total of 70 posters covered a wide variety of topics.

Düpmeier and colleagues reported a survey involving 11 hospitals using UDDS. They noted that although such systems have been much discussed as a means of reducing the costs of healthcare personnel in relation to medication administration, reliable evidence is still lacking. This study compared the time input required for medication administration in the classical system and with a UDDS. The results showed that a total of 11.23 minutes per patient was required in the classical system compared with 4.55 minutes when a UDD system was in operation. They calculated that this corresponds to a saving of 2.61 full-time nurses per 100 beds, equivalent to a saving of €162,800.28 per 100 beds. The authors commented that the implementation of UDD led to a significant reduction in nursing time while also improving medication safety. Recognition of the impact on the use of nurse time might spur hospitals that have been hesitant about UDDS because of the high initial costs of IT systems and adjustments to care processes, they suggested.

Giesel-Gerstmeier and colleagues from Helios Hospital in Erfurt undertook a survey four weeks after the introduction of a UDDS to determine doctors’ views on the UDDS. A total of 49 responses were received; about 90% valued the input of pharmacists and felt that collaborative working would make drug therapy safer. About half the doctors said they would recommend UDDSs. The authors commented that UDDS would most likely be the norm in future.

Michael Baehr and Steffen Härterich (University Hospital Eppendorf, Hamburg) described the development of a database for expiry data for de-blistered unit doses. This information is required for UDDS that rely on repackaging of de-blistered doses in individual sachets because the ‘use-by’ periods are variable. The software that has been developed provides accurate information about inventory, usage and quantities of de-blistered doses together with estimates of the length of time that current supplies will last before more de-blistered doses need to be packed. The authors noted that having this information readily available has proved useful in day-to-day practice to manage workflow and avoid bottlenecks.

Kreysing and colleagues presented a suggested standard list of 45 ready-to-use (RTU) 50ml injections for use in adult intensive care, noting that the use of standardised concentration in an RTU form minimises the risk of errors. This very detailed work is the result of a survey of senior intensivists and a comparison with similar lists in the US and UK. The authors noted that the standardised concentrations represent the first step in the preparation of prefilled syringes or RTU vials.

Kostadinova and colleagues from the University Hospital of Freiburg reported a new and simple method for the detection of leachable components from disposable syringes by using the DrugLog system. The authors commented that results can be obtained much more quickly using DrugLog than with HPLC.

A longstanding – since 2012 – feature of the ADKA programme is ‘Top Papers’ – a session in which expert pharmacists present the details of a few landmark papers that could be useful to all pharmacists. Papers selected for inclusion in this session must be current, evidence-based and of practical relevance. It has often been described as ‘covering the papers that pharmacists should have read but might not have had time’.

Professor Dr Martin Hug (Director of Pharmacy, University Hospital Freiburg, Germany) discussed anti-hypertensive treatment and dietary salt consumption. In 2007, a study had shown that persistence with beta-blockers was poor, reaching only 13.6% after 12 months. In contrast, 52.7% of patients continued to take angiotensin II receptor AT1 blockers after 12 months. There have been no new antihypertensive drugs in recent years but the Quadpill, which contains low doses of four different agents (bisoprolol 2.5mg. irbesartan 37.5mg, amlodipine 1.25mg and indapamide 0.625mg), has been developed, he said. The QUARTET study (Quadruple UltrA-low-dose tReaTment for hypertension)1 compared the Quadpill with irbesartan monotherapy in 591 participants. At least one additional antihypertensive treatment was needed more often in the irbesartan group than in the Quadpill group. The results showed that the Quadpill successfully reduced systolic blood pressure by about 7mmHg and this was sustained over
a 12-month period. Furthermore, because doses of all the drugs were low, the product was well-tolerated, said Dr Hug.

Dietary salt intake can have a major impact on blood pressure and salt intake varies considerably around the world. Most countries exceed the recommended 5g per day, with the highest levels seen in Asia. Intake was highest in China at 11g per day, noted Dr Hug. In Germany and England, the average daily intake was just over 8g.

The Salt Substitute and Stroke Study (SSaSS) in China examined the impact of using a salt-substitute comprising 75% sodium chloride and 25% potassium chloride compared with continued use of regular salt in participants with histories of stroke or high blood pressure.2 The results showed that the intervention significantly reduced blood pressure, stroke frequency and cardiovascular morbidity and mortality. However, Dr Hug emphasised the study was carried out in an area of exceptionally high salt consumption so the results may not be generalisable. Furthermore, it was unclear whether the higher intake of potassium also played a role. It was of interest that a recent study (SODIUM-HF) has shown that salt substitutes offered no advantage in heart failure, he added.

Professor Dr Hans Peter Lipp (Director of Pharmacy, University Hospital of Tübingen, Germany) drew attention to the emerging interrelationship between the gut microbiota and the response to immunotherapy with checkpoint inhibitors. He noted that checkpoint inhibitors are usually thought of as being PD-1 and PD-L1 inhibitors but there are, in fact, many more including, for example, LAG-3 and TIGIT. Checkpoint inhibitors can be combined for greater effect according to a 2022 study that compared combined relatlimab and nivolumab with nivolumab alone in untreated advanced melanoma,3 he explained.

A retrospective survival analysis of patients with advanced non-small cell lung cancer who were given CBT before and/or after ICB therapy showed that CBT significantly prolonged progression-free survival and overall survival.4

Brewer’s yeast – Saccharomyces cerevisiae – was named microbe of the year for 2022 by the Association for General and Applied Microbiology (VAAM) in Germany, Dr Matthias Fellhauer (Director of Pharmacy, Schwarzwald-Baar Klinikum, Villingen-Schwenningen, Germany) told the audience. Not only essential for beer, wine and bread, this organism also has important biotechnology functions.

A study by Gariani and colleagues5 compared three weeks of antibiotic therapy with therapy for six weeks for diabetic foot osteomyelitis and concluded that it was non-inferior to the usual six weeks of treatment.

A randomised controlled trial (RCT) – ORALEV – examined the impact of pre-operative oral antibiotics on SSI in colon surgery.7 This was an important landmark as it was the first multicentre RCT to assess the impact of oral antibiotics without mechanical bowel preparation. The results showed that oral antibiotic administration on the day before surgery significantly reduced the risk of SSI.