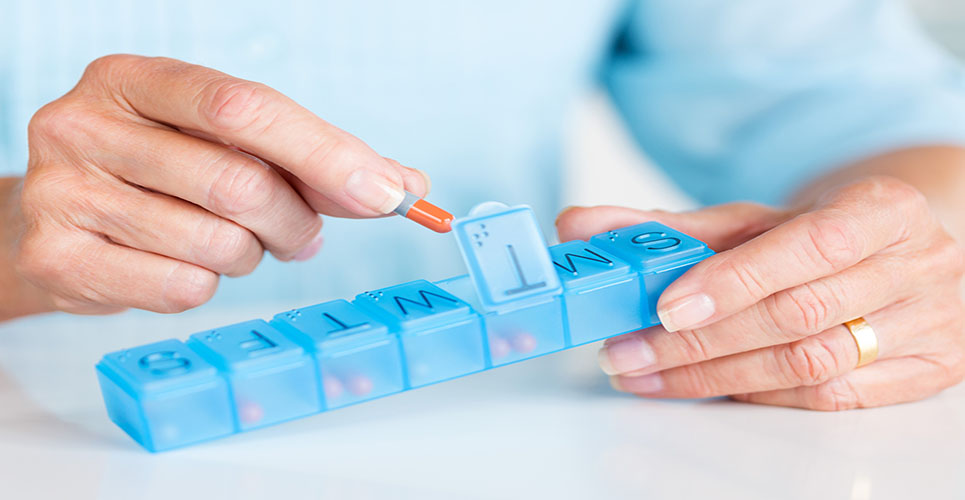 One of the most dramatic changes that UK hospital pharmacists have experienced recently has been the introduction of one-stop dispensing and patients’ own drugs schemes. The objectives of this article are to explain what these are and why they have been developed, discuss their advantages and disadvantages, and suggest some advice for pharmacists considering setting up these schemes.

Before explaining what these systems involve, it is necessary to give a brief explanation of the medicines supply system used until recently in UK hospitals. In general, wards stock a range of commonly used drugs, enough to supply about 80–90% of all inpatient drugs prescribed. Supplies of these stock drugs are ordered by pharmacy technicians or assistants, who check the ward supplies about once a week. Nurses can order additional supplies if necessary. The remaining 10–20% are dispensed as one- to two-week supplies for individual patients, labelled with the patient’s name but no administration instructions.

Both stock and non-stock medication is administered from a drug trolley, wheeled from patient to patient during medication rounds. Pharmacists visit each ward each weekday, check that all medication orders charts are legal, clear and clinically appropriate, and initiate the supply of non-stock medication. On discharge from hospital, patients are dispensed two to four weeks’ supply of all medication, labelled with full administration instructions.
What are one-stop dispensing and patients’ own drugs schemes?
“One-stop dispensing” refers to dispensing of the inpatient and discharge medication as a single supply on admission, already labelled with administration instructions for the patient. This system has also been referred to as “dispensing for discharge”. If all medication is dispensed in this way, patients should not have to wait for a separate supply of medication to be dispensed at discharge.

“Patients’ own drugs” (POD) schemes involve patients bringing supplies of their own medication into hospital so that, following assessment by pharmacy or nursing staff, they can be used during their inpatient stay and/or at discharge. Using PODs during the inpatient stay usually involves storing them in an individual bedside medicine cabinet rather than in a drug trolley.

While one-stop dispensing does not necessarily have to include the use of patients’ own drugs, and vice versa, in practice the two tend to operate together.

Why have these schemes been developed?
Traditionally, patients were asked to bring in supplies of medication that they were taking before admission to aid medication history taking. However, UK guidelines previously suggested that these supplies should then be either returned home with a relative or destroyed. In theory, destruction should occur only with the patient’s permission, but in practice medicines often became separated from the patient, were “lost” and then subsequently destroyed. This undermined confidence in pharmacy, represented a waste of resources and incurred costs in the disposal of medication.

As a result, various hospitals initially developed schemes involving the storage and reissue of PODs at discharge.(1–8) More recently, the use of PODs has been extended to include inpatient use, together with one-stop dispensing for drugs that patients do not bring into hospital or are started following admission. A further driving force for this has been EC legislation requiring patients to receive a patient information leaflet with all dispensed medicines, leading to the routine use of patient packs rather than larger hospital packs.

Semple et al(9) described one of the first combined one-stop dispensing/POD schemes in the UK. Patients were encouraged to bring their own drugs into hospital; following confirmation of their suitability, this was used during the patient’s stay. Supplies of additional medication required were dispensed to individual patients, and all medication was stored in bedside medicines cabinets. As a further development, patients willing and able to administer their own medication were allowed to do so; nursing staff administered medication to the remainder. Dispensary workload attributable to the study wards was not significantly affected by the implementation of this scheme, and considerable cost savings were realised. The scheme was considered to be a success and was subsequently implemented throughout the rest of the hospital.

In another pilot study,(10) patients’ own drugs were placed in plastic bags in the drug trolley after assessment by the pharmacist and used during their stay. However, any other drugs required were not individually dispensed. As well as resulting in financial savings, it was estimated checking patients’ own medications took 25% of the time taken to dispense the same medication.

Following the success of such pilots, various key UK documents have strongly advocated the use of one-stop dispensing and patients’ own drugs.(11–12) The UK’s National Service Framework for Older People states that, by 2002, all hospitals should have one-stop dispensing schemes and, where appropriate, self-administration schemes for older people.(13)

How widespread is their use?
It was estimated recently(14) that 10% of UK hospitals currently operate one-stop dispensing and POD schemes. However, many more hospitals are piloting these schemes, and it is likely that this number will grow rapidly if it has not done so already. In contrast, a recent survey of European hospitals carried out at the University of London’s School of Pharmacy, (unpublished data) suggests that this practice is far less common outside the UK.

Advantages and disadvantages
Some of the advantages and disadvantages of a combined one-stop dispensing and POD scheme are summarised in Table 1. However, two perceived advantages may be more
First, it is generally thought that a one-stop dispensing system will reduce medication administration errors. However, while this has been shown to be true in one study,(15) there was no effect in another.(16) Perhaps more worryingly, error types not seen previously, such as patients being given drugs intended for the previous occupant of their bed, may occur.(17,18) There are also reports of patients bringing in tablets in bottles labelled for other medications, which could have been administered in error.(19) It is likely that these schemes will reduce many types of administration error, but procedures must be in place and adhered to, to ensure that other types of errors do not occur instead.

Second, one of the main arguments in favour of one-stop dispensing is that it should save dispensing time, as each item only has to be dispensed once. However, if medication is changed frequently during the patient’s stay, as is often the case for some patient groups, dispensing and labelling each item whenever it is changed can increase dispensing workload. Ways of minimising this include using stock supplies for medication likely to change, and then labelling it at discharge, and/or having a computer with the pharmacy labelling software and a label printer on the ward, so that pharmacists can label medication at ward level.

Advice for pharmacists
There are various practical issues that will need to be considered if one-stop dispensing and POD schemes are to work efficiently.

First, lockable medicines cabinets are needed for each patient. These are available in the UK from various suppliers, such as Shuttleworths and Bristol Maid. Nursing staff should have a master key that can open every locker on the ward. Some thought has to be given to where the lockers are placed, either on the wall or attached to the patient’s bedside locker. They must be at a comfortable height for nursing staff to access, not be in a position so that patients can injure themselves on their corners, and, if a self- medication scheme is likely to be introduced, they must also be accessible by the patient. Lockers must also be big enough to hold a month’s supply of medication for each patient, which may include large bottles of medication and some bulky boxes.

Second, consideration needs to be given to how to handle benzodiazepines and controlled drugs. In the UK, there seems to be variable practice in terms of whether these are stored in bedside lockers or in ward controlled drugs cabinets. In theory, controlled drugs brought in by the patient or dispensed to them individually on a discharge prescription do not have to be stored in a controlled drugs cupboard; however, most hospitals choose to do so. The regulations for this may well vary amongst different countries.

Third, there needs to be a policy concerning what to do if PODs need to be relabelled (eg, if the dose changes during the inpatient stay). Most hospitals will continue to use the POD, but when relabelling it make it clear that it has been relabelled, without obscuring the name and address of the original supplier.

Fourth is the issue of discharge. In theory, if all the patient’s medicines are already labelled and available on the ward, there is no need for further pharmacy involvement. However, many hospitals do require a pharmacist or technician to check the medicines against the discharge prescription before discharge.(14) This is due to concerns that patients could be discharged with medicines that they are no longer prescribed, or that were not removed from the cabinet when the previous patient left.

Finally, for one-stop dispensing and POD schemes to operate efficiently, pharmacy technicians can play an essential role in assessing PODs and facilitating the supply of inpatient medication. Consideration therefore needs to be given to any specific training required.

It is clear that a multidisciplinary approach is required for the system to operate smoothly and effectively, with inputs from nursing, pharmacy and medical staff.

Conclusion
One-stop dispensing and patients’ own drugs schemes are being strongly advocated in the UK at a governmental level. This is being greeted with enthusiasm by hospital pharmacists, who feel it will allow them to focus on getting patients’ medication used correctly from the beginning of their admission and facilitating their discharge, rather than spending time supplying inpatient medication. These schemes have many potential advantages, although the relative advantages and disadvantages may vary somewhat depending on the patient group involved.

It is likely that one-stop dispensing and POD schemes will soon become the norm in UK hospitals. They have many potential advantages, although careful multidisciplinary implementation is required in order to realise these.