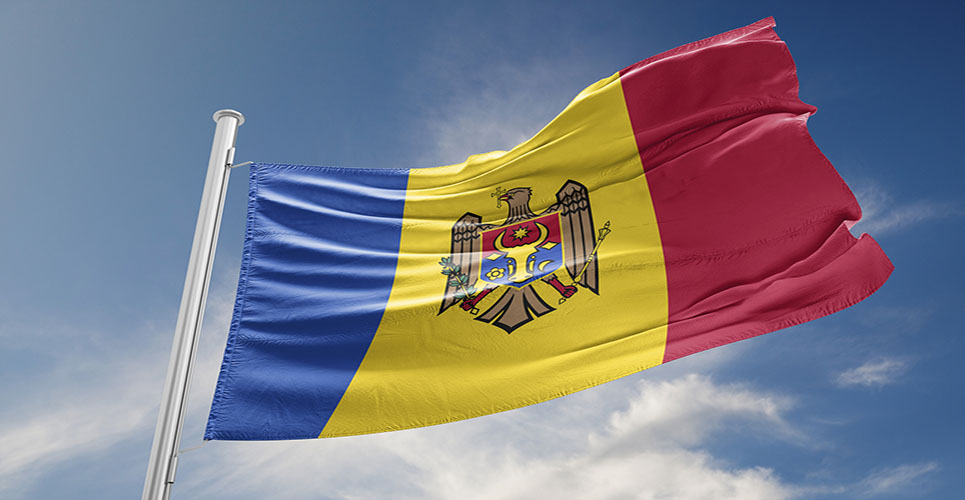 Moldova is situated between Romania and Ukraine in Eastern Europe. It has a population of 4.3 million. Sixty-five percent is Moldovan. Minority groups include Ukrainians (14%), Russians (13%), Turks (Gagauzi), Bulgarians, Belarussians, Germans, Poles and Romas.

Like most of the newly independent states, Moldova is struggling with economic and social crises following the 1991 collapse of the Soviet system. Although registered unemployment is only about 2%, the actual number is estimated at 52%. Moldovans who are employed receive low wages and often face long delays on their pay. For example, the average salary for public sector employees (including doctors and teachers) is US$25 (e28) per month. The average pension is about US$10 per month (e11.2), and in rural areas the state is more than seven months behind in the payment of pensions. Presently the per capita GDP is US$315 (e352.73).

These factors make Moldova one of Europe’s poorest countries. In fact, in 2000 the national income had drop-ped to one-fifth of what it was in 1990. This situation is most obviously reflected by the poverty of the population.

Because of the financial situation, community hospitals and schools have no access to electricity and heating. For example, at the time of writing the ambulatory patients in the community of Edinet (population 35,000) had not had access to simple X-ray technology for over six months. Only hospitals in Chisinau, the capital, have electricity and centralised heating permanently.

The public health system and privatisation of pharmacies
After the collapse of the Soviet system, the transition to a market economy began. The reform of the public health system has been inconsistent because of staff changes in the Ministry of Health. In the past five years, six Ministers of Health have served. Every new minister has changed – more than half of the Ministry’s key staff.

Because of the introduction of the free market in Moldova in 1991, pharmaceutical distribution has become decentralised, and many distributors with little professional experience have appeared. The alternative economic management has also led to the disappearance of the administrative management system and the centralised distribution of medicines that were in place with the Soviet medical system.

The privatisation of pharmacies was carried out without a thoroughly reasoned plan and without taking into account the necessity of retaining a sufficiently large number of public sector pharmacies. Therefore many mistakes were made in the licensing of pharmaceutical activity and in the pricing policy for pharmaceuticals.

There is a lot of private sector participation in both the drug wholesale and drug retail markets. Liberalisation has led to the opening of a large number of private pharmacies (currently there are 1,200 private pharmacies and 40 state and hospital pharmacies). Before the 1990s, there were two main areas for a pharmacist to practise in – a public pharmacy or a public hospital. Comparatively small numbers of pharmacists also practised in the pharmaceutical industry and in the Medical and Pharmaceutical University in Chisinau.

Now, however, almost every pharmacist works in a private pharmacy – while all hospitals are public. In most cases, the pharmacist is a formal chief but not the pharmacy owner. Pharmacists frequently have to submit to the requirements of the pharmacy owners, who do not have adequate education. A consequence of this poor management and the absence of state control is widespread dispensing of medicines without prescription.

Drug promotions
The situation is worsened by large-scale drug promotions. Forbidden until the 1990s, promoting drugs is now widely prevalent and uses all kinds of advertising media including TV, newspapers, magazines and direct visits to physicians and pharmacists. This has resulted in a flood of new medicines hitting the market – 4,000 medicines are registered by the Ministry of Health, and as many as 70% of the pharmaceuticals represent duplicate or nonessential products. Many are variations of a prototype drug and offer no therapeutic advantage over drugs already available. For example, there are 50 brands of diclofenac presently registered, 38 of paracetamol, and 27 of metamizole. Pharmaceutical companies sometimes avoid registering information about common drug side-effects – for example, in 2001 in Compendium Medicamentorium,(1) loperamide was recommended for treating acute diarrhoea in children aged 5–8 years old.

Education
Within Moldova there are two institutions that largely determine the nature of pharmaceutical care: the Medical and Pharmacy University graduates 50 pharmacists every year; and the pharmacy school that closed seven years ago. When the school closed it caused a huge dearth of pharmacists in the public health system. Recognising this, in 2001 the Ministry of Health decided to rebuild the pharmacy education system. Today in the community hospital in Singerei (250 beds), there are two pharmacists from the pharmacy school with little practical experience. Most pharmacists leave the state hospital because of the wages, which are five times less than in private pharmacies. The other reason for pharmacists leaving is frustration owing to the lack of medicines in hospital pharmacies.

Fees for pharmaceuticals
In theory hospitals provide services free of charge, but in reality hospitalised patients have to buy most of their drugs from pharmacies beforehand. Those who are entitled to free pharmaceutical care according to legislation usually do not have sufficient financial resources to pay the high costs for the drugs they need.

The state’s healthcare budget amounts to US$1.3 million for 10 months only. One of the biggest hospitals – the Republican Clinical Hospital – did not receive any finance for drug procurement from May to December 2001. Taking into consideration the local community finance, the whole budget procurement of medicines is 10–15% of the minimum required.

In the majority of hospitals the pharmacies use locally produced intravenous solutions as physiological solutions and glycosides, 0.9% sodium chloride, and 5% and 10% solutions of glucose. Such solutions cover almost 95% of the hospital needs and are relatively low in cost. In fact the cost is almost 50 times less than the cost of the same solution in a private pharmacy. However, the quality of these solutions is very poor – the water utilised is not appropriate, and the sterilisation process often involves using 12–15-year-old autoclaves.

According to the new health financing legislation, state hospitals should decide their own drug needs and the chief of the hospital pharmacy should be responsible for procurement. In reality the hospital directors buy medicines themselves according to the available budget. Pharmacists do not influence the drug procurement process, as their role of providing unbiased information about medicines was lost – mainly because of lack of access to resources and the internet. Hospitals rarely have computers (especially hospital pharmacies).

The Therapeutic Drug Committee was established in a few hospitals that participated in the workshops held by Management Science for Health (MSH) in 1999. MSH is a nonprofit organisation that coordinates health and population programmes in developing countries to improve their management system.

Conclusion
Moldova has been constantly frustrated by the economic constraints of the last 10 years. The lack of finances at state level for drug procurement is one of the most significant problems in healthcare. The lack of a good managerial framework is also preventing the health system delivering affordable and appropriate healthcare. The inconsistent and unreasoned policy in the field of drug procurement has resulted in a lack of access to essential medicines for the majority of the population of Moldova. The situation is becoming more and more one where only the people themselves can be responsible for their health. Today Moldova is facing a rising rate of poverty and those diseases related to poverty. Access to essential drugs and good policy in drug procurement should be a main priority of the Moldovan government.