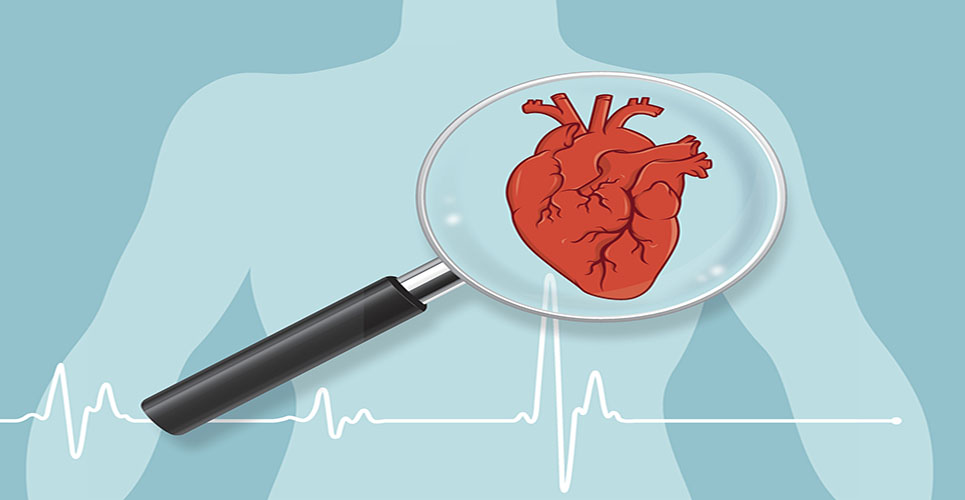 New research has shown that older people with very low heart disease risks also have very little frailty, raising the possibility that frailty could be prevented.

The largest study of its kind, led by the University of Exeter, found that even small reductions in risk factors helped to reduce frailty, as well as dementia, chronic pain, and other disabling conditions of old age.

New research has shown that older people with very low heart disease risks also have very little frailty, raising the possibility that frailty could be prevented.

The largest study of its kind, led by the University of Exeter, found that even small reductions in risk factors helped to reduce frailty, as well as dementia, chronic pain, and other disabling conditions of old age.

Many perceive frailty to be an inevitable consequence of ageing – but the study, published in the Journal of Gerontology: Medical Sciences found that severe frailty was 85% less likely in those with near ideal cardiovascular risk factors.

It also found that those with fewer heart disease risk factors were much less likely to have other conditions unrelated to the heart – including chronic pain, incontinence, falls, fractures, and dementia.

Dr João Delgado, of the University of Exeter Medical School, joint lead author of the study, said: “This study indicates that frailty and other age-related diseases could be prevented and significantly reduced in older adults. Getting our heart risk factors under control could lead to much healthier old ages. Unfortunately, the current obesity epidemic is moving the older population in the wrong direction, however our study underlines how even small reductions in risk are worthwhile.”

The study analysed data from more than 421,000 people aged 60–69 in both GP medical records and in the UK Biobank research study. Participants were followed up over ten years.

The researchers analysed six factors that could impact on heart health. They looked at uncontrolled high blood pressure, cholesterol and glucose levels, plus being overweight, doing little physical activity and being a current smoker.

The international research team involved the UConn Center on Aging at UConn Health in Connecticut, USA, and the National Institute on Aging, USA.

Dr Janice Atkins, of the University of Exeter Medical School, joint lead author of the study, said:“A quarter (26%) of participants from UK Biobank, made of predominantly healthy volunteers, had near perfect cardiovascular risk factors compared to only 2.4% of the population via GP records. This highlights the huge potential for improvement in cardiovascular risk factors of the general population in the UK.”

It is the first large scale study to show that older people with near-ideal cardiovascular risk factor profiles have better outcomes on a number of factors that are not directly linked to heart disease.

Dr. George Kuchel, Director of the UConn Center on Aging at UConn Health, co-researcher on the study, said: “Individuals with untreated cardiovascular disease or other common chronic diseases appear to age faster and with more frailty. In the past, we viewed ageing and these common chronic diseases as being both inevitable and unrelated to each other. Now our growing body of scientific evidence on ageing shows what we have previously considered as inevitable might be prevented or delayed through earlier and better recognition and treatment of cardiac disease.

“This overall approach working at the interface of ageing and varied chronic diseases could be transformative in helping adults to maintain function and independence in late life, adding life to their years as opposed to just years to their life.”

Dr Ivan Pavlov, Programme Manager for Systems Medicine at the MRC, said: “These findings are relevant to us all because they re-emphasise the importance of a healthy lifestyle for better quality of life in old age. These new results also show that age-related conditions may share common risk factors or mechanisms with cardiovascular diseases. We’re living longer so it’s crucial that we recognise this by taking care of our bodies and monitoring our risk for disease even earlier in life.”

Be in the know
Subscribe to Hospital Pharmacy Europe newsletter and magazine
Subscribe
Share this story:
RELATED ARTICLES
Drug distribution in today’s hospitals
Warning issued over HIV drug effects
Gene linked to cancer stem cell
Pills ‘may be better than inhalers’
Report exposes deficiencies in the cleanliness and working conditions of oncology units