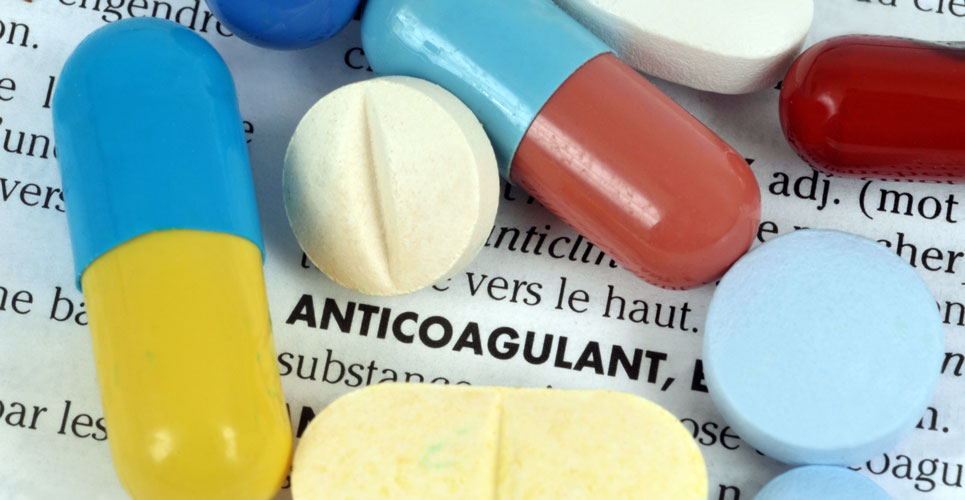 The presence of anticoagulant-associated bleeding is a common and possible serious complication for patients prescribed these drugs. Direct oral anticoagulants (DOACs) such as apixaban, dabigatran and rivaroxaban are increasingly replacing vitamin K antagonists (VKA) such as warfarin largely due to the emerging evidence of a lower incidence of bleeding with DOACs. For example, a 2014 meta-analysis concluded that in comparison with warfarin, while DOACs were associated with significant reduction in all-cause mortality and intracranial bleeds, there was an increased incidence of gastrointestinal bleeding with this class of drug. An additional problem observed for DOACs reported in a study in elderly patients, was how major bleeding episodes were associated with a decline in renal function as witnessed by a reduction in glomerular filtration rate (GFR).

Whether there are important differences between DOACs and VKA in the bleeding characteristics of patients with impaired kidney function admitted to an emergency department (ED) was the question addressed by a team from the Department of Emergency Medicine, University Hospital, Bern, Switzerland. They performed a retrospective study over a four year period, of patients treated at the ED for an acute haemorrhage prescribed either a DOAC or VKA and with impaired kidney function, defined as a GFR < 60 ml/min. The team compared the bleeding areas e.g., intracranial or gastrointestinal etc, by drug class (i.e., DOAC or VKA) and several other relevant outcomes such as the length of hospital stay and the need for intensive care unit admission.

The initial database search identified 14,684 patients though after exclusions, mainly due to no GFR data, evidence of no bleeding or irregular consultation documentation, 158 patients prescribed a DOAC and 419 VKA were included in the analysis. The overall median age of patients was 79 years (56.7% male) and the renal function of VKA patients was significantly worse compared to those prescribed DOACs (creatinine levels, 132 vs 141 DOAC vs VKA, p = 0.002). Moreover, there was a higher number of intracranial bleeds in the VKA group (22.4% vs 14.6%, VKA vs DOACs, p = 0.036), but there were no differences for other sites. The most common site for a bleed was the gastrointestinal tract (34.8% vs 28.6%, DOAC vs VKA). Although DOAC patients required a higher number of emergency endoscopies (15.8% vs 9.1%, DOAC vs VKA, p = 0.020), VKA patients required a higher number of interventions to stop the bleeding compared to DOAC (22.2% vs. 13.9%, p = 0.027).

Most patients were treated in hospital (92.4% DOAC vs 90.2% VKA, p = 0.431) and a higher proportion of VKA patients were admitted to intensive care (38.2% vs 43.4%, DOAC vs VKA). However, overall, there were no differences in the length of hospital stay. The authors concluded that among ED admissions due to an acute haemorrhage in patients prescribed anticoagulants and with impaired renal function, those taking DOACs had a lower incidence of intracranial bleeds.