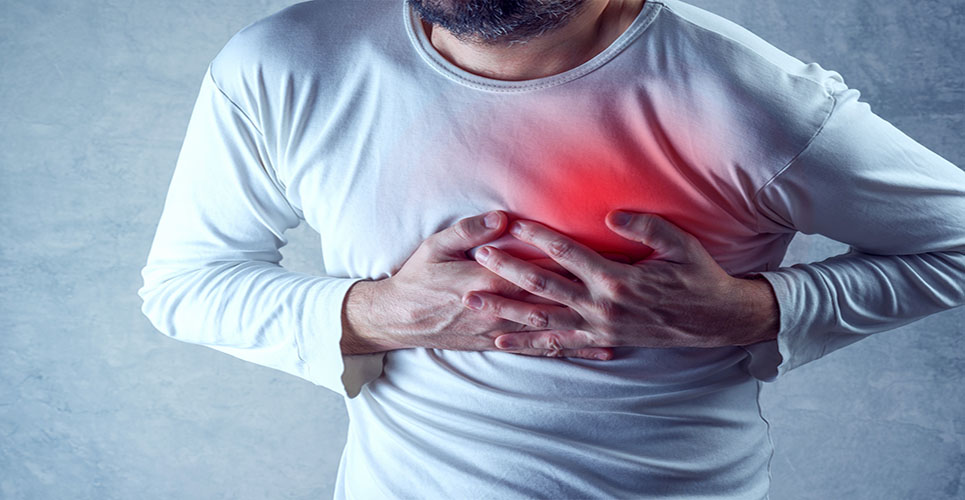 Intravenous inotropic drugs are widely used in the short term to treat the haemodynamic disturbances of acute heart failure, defined as a rapid onset or change in the signs and symptoms of heart failure, resulting in the need for urgent therapy. Classical inotropic agents, such as sympathomimetic amines, having β-adrenergic activity (for example, dopamine, dobutamine) and phosphodiesterase (PDE) inhibitors (milrinone and enoximone) acting via the β-adrenergic–cAMP–protein kinase A signalling pathway, increase the intracellular Ca2+ transiently and therefore force of contraction through an increase in the Ca2+ saturation of cardiac troponin C. However, myocardial force augmentation due to increased intracellular Ca2+ concentration is associated with a substantial increase in myocardial oxygen demand, and such inotropic agents can potentially induce ischaemia, arrhythmias and even death. In fact, data from individual studies and meta-analyses suggest that the use of intravenous inotropes may be associated with a worsened long-term prognosis, despite some improvements in symptoms.Problems associated with existing intravenous inotropic agents are summarised in Table 1. Levosimendan is a novel calcium sensitiser developed for intravenous short-term treatment of acutely decompensated severe chronic heart failure. Levosimendan is proven to be effective and well tolerated in large-scale clinical studies of hospitalised patients with heart failure. About 440,000 patients worldwide have been treated with levosimendan.

Levosimendan is a positive inotropic compound with vasodilatory properties. The mechanism of action for levosimendan involves three clinically relevant features that are specific to the cardiovascular system: 1) positive inotropy via calcium sensitisation of the cardiac troponin C, 2) vasodilation via opening of vascular adenosine triphosphate (ATP)-sensitive K+ channels and 3) cardioprotection via mitochondrial ATP-sensitive K+ channel opening, energy sparing and neurohumoral modulation. Levosimendan is also a highly selective inhibitor of the PDE III isoform. Whether PDE III inhibition contributes to the inotropic and vasodilatory actions of levosimendan remains unclear. The cardiovascular effects of levosimendan are summarised in Figure 1.

Levosimendan increases cardiac contractility by sensitising the contractile proteins to calcium. Levosimendan binds to the calcium-saturated N-terminal domain of troponin C in cardiac muscle in a calcium-dependent manner and stabilises the troponin molecule with subsequent prolongation of its effect on the contractile proteins.Binding of levosimendan to the N-terminal domain of cardiac troponin C is illustrated in Figure 2. Stabilisation of the troponin C molecule results in an increased amount of actin-myosin interactions and, therefore, increased force of contraction. Levosimendan binds to troponin C in a calcium-dependent manner, especially in the beginning of systole, and detaches in diastole, increasing the force of contraction without shortening the relaxation time or impairing diastolic function. The positive inotropic effect of levosimendan has been demonstrated in several in vitro experiments carried out in, for example, skin fibres and isolated hearts. As with in vitro studies, levosimendan induces dose-dependent positive inotropy after intravenous and oral administration in normal and diseased conditions like acute and chronic heart failure or sepsis. The unique feature of levosimendan is that, despite an increased positive inotropic effect, it does not increase myocardial oxygen consumption. Levosimendan is a highly selective inhibitor of the PDE III isoform and, at least in higher concentrations, levosimendan causes accumulation of cyclic adenosine monophosphate (cAMP) with resultant increased influx of calcium into the myocyte. However, it is suggested that, at lower doses, PDE III inhibition does not make a substantial contribution to the inotropic or vasodilator effects of levosimendan.

The use of levosimendan is associated with reduction in preload and afterload as well as with increased coronary blood flow.Furthermore, data from clinical and experimental studies suggest that levosimendan ameliorates neurohumoral activation, oxidative stress, pathological cardiac remodelling and cardiomyocyte apoptosis. It is believed that the cardioprotective effects of levosimendan are largely mediated via the opening of mitochondrial KATP channels.

Levosimendan shows linear pharmacokinetics in a therapeutic dose of 0.05-0.2μg/kg/min. It has a volume of distribution of 0.2L/kg. Levosimendan binds strongly (97-98%) to plasma proteins, mainly albumin, and has a clearance of 3.0mL/min/kg. Levosimendan is rapidly metabolised by conjugation to cyclic or N-acetylated cysteinylglycine and cysteine conjugates, with an elimination half-life of approximately 1 hour. Levosimendan is mainly excreted as metabolites in urine (54%) and faeces (44%), whereas only a small proportion (less than 0.05%) of the levosimendan dose is excreted unchanged in urine. The pharmacokinetics of levosimendan are not affected by age, ethnic origin or gender. However, volume of distribution and total clearance are dependent on weight. About 5% of the total dose of levosimendan is excreted into the small intestine and reduced by intestinal bacteria to an amino phenolpyridazinone metabolite (OR-1855), which is further metabolised by acetylation to N-acetylated conjugate (OR-1896). The elimination half-lives of the metabolites are 70 to 80 hours. OR-1896 is the active metabolite. Based on in vitro studies, OR-1855 is 25 times less potent as a positive inotropic compound compared to levosimendan; however, in vivo studies have revealed that OR-1855 is practically inactive. In patients, protein binding values for OR-1855 and OR-1896 are 39% and 42% respectively. After discontinuation of a 24-hour levosimendan infusion, peak plasma concentrations of the main circulating metabolites are reached after about 2 days and their haemodynamic effects last up to seven to nine days. OR-1855 and OR-1896 undergo conjugation or renal filtration and are excreted predominantly in urine.

In subjects with mild to moderate renal impairment, the pharmacokinetics of levosimendan are unaltered. In severe renal failure and end-stage renal disease patients undergoing haemodialysis, the elimination half-life of the levosimendan metabolites is prolonged 1.5-fold, and their area-under-the-curve and plasma peak concentration is increased two-fold. The dose of levosimendan should therefore be reduced when the drug is used for the treatment of congestive heart failure in patients with severe renal insufficiency.

In subjects with moderate hepatic impairment, the pharmacokinetics of levosimendan are unaltered, whereas the elimination of the metabolites is prolonged. However, since the maximum duration of levosimendan infusion is only 24 hours, no dosing adjustments are required in patients with impaired hepatic function.

Levosimendan can be used concomitantly with beta-blockers, digoxin, itraconazole, warfarin, felodipine, isosorbide mononitrate and captopril. Clinical interaction studies confirmed that levosimendan does not inhibit CYP3A4 or CYP2C9. In addition, metabolism of levosimendan is not affected by CYP3A inhibitors.

According to the European Society of Cardiology (ESC) guidelines for the diagnosis and treatment of acute and chronic heart failure (2008), inotropic agents should only be administered in patients with low systolic blood pressure or a low measured cardiac index in the presence of signs of hypoperfusion or congestion. A Class IIa recommendation at level of evidence B has been formulated for levosimendan in the ESC guidelines.

Headache and hypotension have been the most frequently reported adverse events in levosimendan-treated patients in randomised clinical trials. Atrial fibrillation, hypokalaemia and tachycardia have also been reported in some clinical studies. Whether levosimendan produces statistically significant evidence of survival benefit remains unclear. Interestingly, a very recent meta-analysis of data from 5,480 patients in 45 randomised clinical trials suggests that levosimendan might reduce the overall mortality rate and hospital stay in cardiac surgery and the cardiology settings of adult patients. In addition to its recommended use in the treatment of acute decompensated heart failure, levosimendan has also found increasing off-label use for other cardiovascular symptoms in acute cardiovascular events and in intensive care units. Ischaemic heart disease and septic shock, as well as perioperative cardiac support, are conditions where the use of levosimendan has been shown to exert beneficial cardiovascular effects.