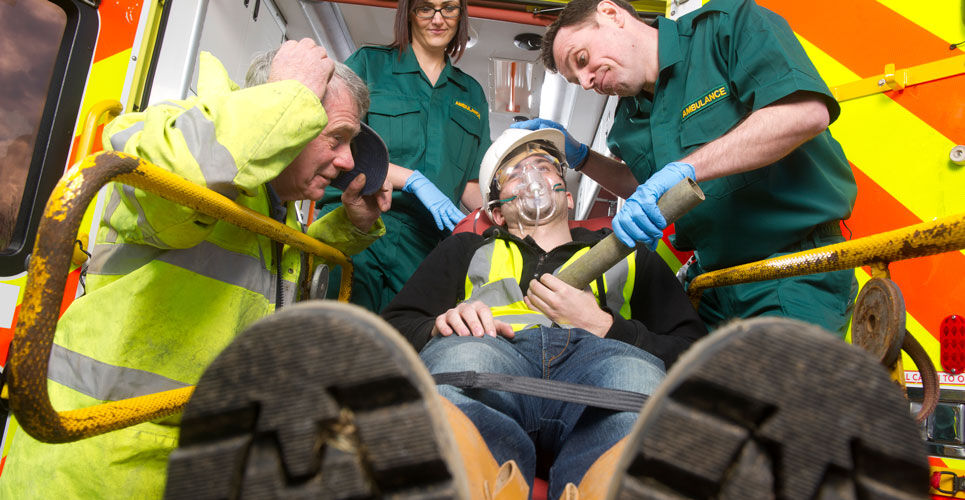 Methoxyflurane used as an analgesic for patients with moderate to severe trauma pain, quickly reduces severe pain and the time taken for pain scores to reach a minimum compared to other commonly used analgesic agents. This was the conclusion of a 12-month evaluation of methoxyflurane in comparison to usual analgesic practice with Entonox and intravenous formulations of morphine and paracetamol, by researchers from the Community and Health Research Unit, University of Lincoln, Lincoln, UK.

Trauma represents a major cause of pain with one study of 1,470 individuals who experienced severe trauma, observing how pain was present in 70% of cases. Normally, moderate to severe trauma pain will be treated with either intravenous (or oral) morphine, intravenous paracetamol and Entonox (which is an inhaled equal mixture of nitrous oxide and oxygen). Another potentially useful and commonly used analgesic agent which can be administered by paramedics is the anaesthetic, methoxyflurane, especially when given at a lower dose. However, whilst there are no published controlled trials of methoxyflurane in sub-anaesthetic doses, available data indicate that it is an efficacious analgesic. Nevertheless, one review concluded that in the management of trauma-related pain, when low-dose methoxyflurane was compared to nitrous oxide, both agents provided rapid pain relief with no significant differences between them. In contrast, in a study of pre-hospital analgesia, it was found that although intranasal fentanyl and intravenous morphine are equally effective analgesic agents for moderate to severe acute pain, there was evidence that methoxyflurane was less effective than both drugs.

With some uncertainty over the comparative analgesic effectiveness of low-dose methoxyflurane and other commonly used agents, the UK team wanted to examine the clinical and economic benefits of inhaled methoxyflurane when used by ambulance staff for the prehospital analgesic management of patients with trauma. For the purposes of the study, they compared methoxyflurane with intravenous morphine, paracetamol and Entonox with all patients matched with respect to methoxyflurane’s indication for age, trauma, level of consciousness and severity of the initial pain. A patient’s level of pain was assessed using a verbal numerical score from 0 to 10 and categorised as severe (7 – 10), moderate (4 – 6) mild (1 – 3) and none (0). Using a regression model of pain, the authors used hypothetical scenarios to compare the time spent in pain for the different analgesics.

A total of 2,316 individuals with mean age of 61.8 years (40.8% male) were included, of whom 483 were given methoxyflurane, 753 Entonox, 802 intravenous morphine and 278 intravenous paracetamol. Among those receiving methoxyflurane, 45.8% had a limb injury or fall with 22.4% a suspected neck of femur trauma or hip injury with or without limb soft tissue injury.

The authors estimated that the time taken before pain levels were no longer self-reported as severe was 10.54 minutes for methoxyflurane, 20.09 minutes for morphine and 37.53 minutes for paracetamol (p < 0.001 for both comparisons). Their modelling suggested that patients receiving Entonox were not predicted to exit severe pain.

However, although low dose methoxyflurane was an effective analgesic, an examination of the relative costs of using the drug, suggested that in a scenario where trauma pain was managed with methoxyflurane compared to Entonox, the added benefits would cost an additional £12.30 per patient.

They concluded that while methoxyflurane provided a more rapid reduction of pain (compared to Entonox) and other parenteral analgesics, it was a more costly intervention.

Be in the know
Subscribe to Hospital Pharmacy Europe newsletter and magazine
Subscribe
Share this story:
RELATED ARTICLES
Risk management and simulation
Novartis on track to deliver Influenza A (H1N1) vaccine for the US
Rivaroxaban “combats heart attacks”
EuroPCR 2010 annual meeting
Patients left in “drug-induced comas”