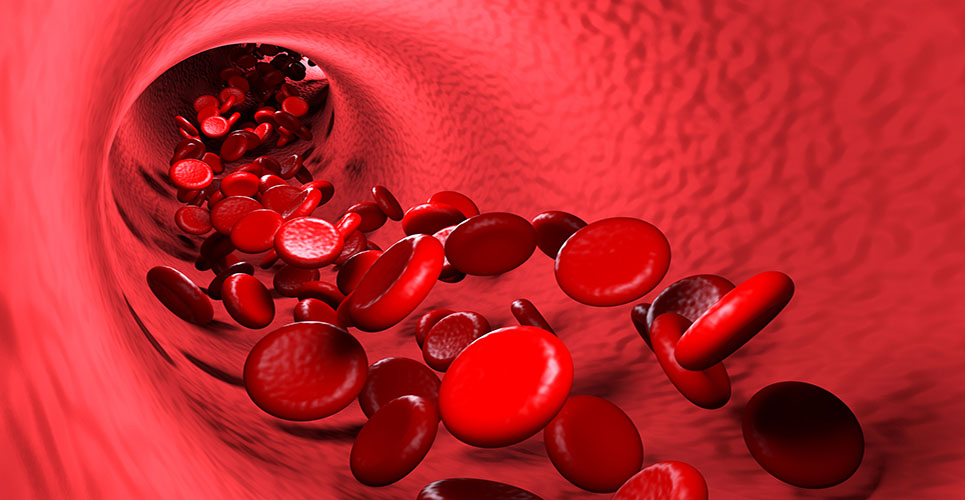 Novartis has announced that patients with myelofibrosis initially randomised to treatment with Jakavi® (ruxolitinib) lived longer than those randomised to treatment with placebo or conventional therapy, as described in several analyses from the Phase III COMFORT-I and COMFORT-II studies. Results are being presented at the 55th American Society of Hematology (ASH) Annual Meeting and Exposition in New Orleans, LA.
Myelofibrosis is an uncommon blood cancer characterised by bone marrow scarring (fibrosis), enlarged spleen (splenomegaly), potential complications and symptoms including fatigue, fever, night sweats, itchy skin, bone pain, abdominal pain or discomfort and weight loss.[1,2] Historically, patients with myelofibrosis have had a poor prognosis and limited treatment options.[3]
“The COMFORT studies provide evidence that we’ve been able to extend the lives of patients with myelofibrosis with Jakavi, regardless of disease mutations and in comparison to conventional myelofibrosis therapies,” said Dr. Alessandro M. Vannucchi, Department of Hematology, University of Florence, Italy, and lead study author. “It’s promising to start seeing the long-term effects of this therapy, which has changed the treatment paradigm for most patients with this life-threatening disease.”
At the ASH Annual Meeting, study investigators presented the following analyses from the COMFORT clinical program demonstrating an overall survival benefit for patients with myelofibrosis treated with Jakavi:
COMFORT studies background
The COMFORT (COntrolled MyeloFibrosis Study with ORal JAK Inhibitor Therapy) studies are randomised, Phase III studies comparing the safety and efficacy of Jakavi with conventional therapy (placebo or best available treatment (BAT)) in patients with intermediate-2- or high-risk primary myelofibrosis, post-polycythemia vera myelofibrosis, or post-essential thrombocythemia myelofibrosis. COMFORT-I is a double-blind study whereas COMFORT-II is open label.
Patients initially received Jakavi 15 or 20 mg bid based on their platelet counts at baseline (100-200 and > 200 x 109/L, respectively) and were individually titrated to maximise safety and efficacy. Patients were allowed to cross over from the control arms of each study upon protocol-defined progression events (primarily progressive splenomegaly, defined as a >= 25% increase in spleen volume from baseline or on-study nadir in COMFORT-I and -II, respectively). At the time of the analysis reported at ASH, all ongoing control patients had crossed over to Jakavi. Overall survival was a secondary endpoint in both studies.[6]
About Myelofibrosis
Myelofibrosis is a life-threatening blood cancer with a poor prognosis and limited treatment options.[1,8] Myelofibrosis develops when uncontrolled signaling in the JAK pathway – which regulates blood cell production – causes the body to make blood cells that do not work properly, which scars the bone marrow and results in an enlarged spleen and other severe complications.[1,2]
Studies show that patients with myelofibrosis have a decreased life expectancy, with a median overall survival of 5.7 years.[9] Although allogeneic stem cell transplantation may cure myelofibrosis, the procedure is associated with significant morbidity and transplant-related mortality,and is available to less than 5% of patients who are young and fit enough to undergo the procedure.[10]
About Jakavi
Jakavi® (ruxolitinib) is an oral inhibitor of the JAK 1 and JAK 2 tyrosine kinases and was approved by the European Commission in August 2012 for the treatment of disease-related splenomegaly or symptoms in adult patients with primary myelofibrosis (also known as chronic idiopathic myelofibrosis), post-polycythemia vera myelofibrosis or post-essential thrombocythemia myelofibrosis. Jakavi is approved in more than 50 countries, including the European Union, Canada and some countries in Asia, Latin and South America. Additional worldwide regulatory filings are underway.
Novartis licensed ruxolitinib from Incyte Corporation for development and commercialization outside the US. Both the European Commission and the US Food and Drug Administration (FDA) granted ruxolitinib orphan drug status for myelofibrosis. Jakavi is marketed in the US by Incyte Corporation under the name Jakafi® for the treatment of patients with intermediate or high-risk myelofibrosis.
The recommended starting dose for Jakavi is 15 mg twice daily for patients with a platelet count between 100,000cubic millimeters (mm3) and 200,000 mm3,and 20 mg twice daily for patients with a platelet count of >200,000 mm3. Doses may be titrated based on safety and efficacy. There is limited information to recommend a starting dose for patients with platelet counts between 50,000/mm3 and <100,000/mm3. The maximum recommended starting dose in these patients is 5 mg twice daily and patients should be titrated cautiously.[11]
Jakavi is a registered trademark of Novartis AG in countries outside the United States. Jakafi is a registered trademark of Incyte Corporation.
References