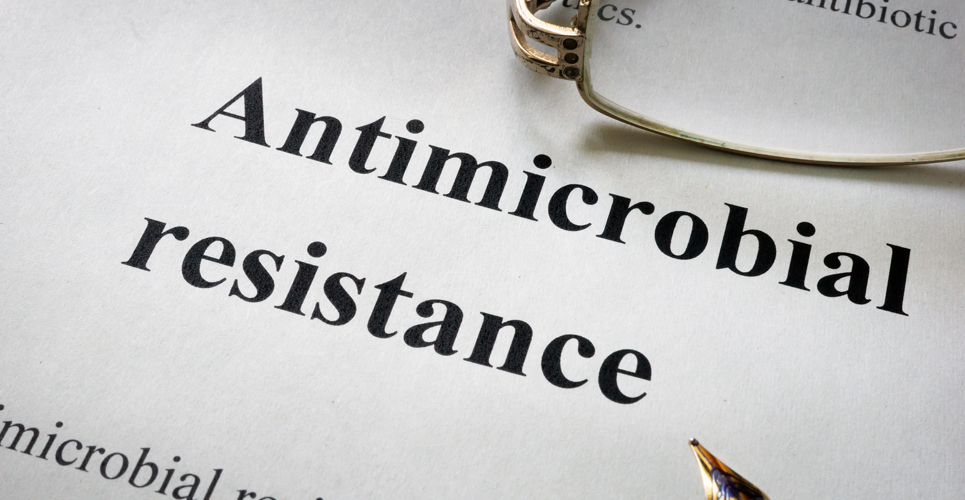 Antibiotics are chemicals produced by one microorganism (or similar chemical agents in low concentrations) that inhibit the growth of other microorganisms, and include antibacterials and antifungals. Antiviral drugs are chemically synthesised and specifically inhibit viral replication. Antiprotozoal drugs include antimalarials, amoebicides and trypanocides. The term “biocide” is used for chemicals that possess antiseptic, disinfectant and/or preservative activity.(2)

There are many compounds that are not antimicrobials but show inhibitory activity (Table 1). This includes some pharmacologically active drugs (PADs; ie, those used in other branches of medicine). These compounds plus biocides are sometimes referred to as “nonantibiotic agents”.(3) PADs within this group form the basis of this two-part series. The first part deals with PADs with antimicrobial activity, the second will deal with potentiation of antibiotic activity. It must be added that a publication on nonantibiotics has appeared that incorrectly deals with drugs such as 4-quinolones and sulphonamides that form part of the definition of “antibiotics” above.(4)

Earlier studies
Studies were conducted in the 1930s on the antimicrobial properties of drugs in use at that time.(5) Strychnine and quinine, as the chlorides, destroyed nonsporulating bacteria and had some inhibitory effects on sporing organisms. Subsequently, some steroids(6) and some common injectable products(7) were shown to have antibacterial properties. Since then, newer PADs that inhibit or inactivate microorganisms include barbiturates,(8) local anaesthetics, (9) and phenothiazine derivatives(10) (see Table 2).

Local anaesthetics (LAs)
Of the LAs,(11) esters resulting from the combination of para(4)-aminobenzoic acid and an amino-alcohol include cocaine, benzocaine, procaine and tetracaine (amethocaine). Amides, a combination of an aromatic amine, eg, aniline, and an amino acid, include lidocaine and bipuvacaine. Amides are much less toxic to mammalian cells and generally have lower pK(a) values.

Studies have described the powerful bactericidal action of procaine hydrochloride against Gram-positive and negative bacteria, but not towards bacterial spores.(8,12) Subsequently, the potent activity of LAs was considered.(13) Pseudomonas aeruginosa was resistant to lidocaine and procaine, ostensibly because of the permeability barrier presented by the outer membrane of this organism.(14) It was, however, susceptible to tetracaine hydrochloride. (15,16) Lidocaine in bronchoalveolar fluid (BAL) has been found to have an inhibitory effect on at least some clinical isolates of Streptococcus pneumoniae.(17)

Marston and Allchin could find no evidence that the acidity of the solution rather than the inherent nature of the drug itself was responsible for its action.(12) Alkaline solutions of procaine hydrochloride have increased LA activity,(18) but, on storage, decomposition to 2-diethylaminoethanol and para(4)-aminobenzoic acid occurs. Alkaline solutions are also more active antimicrobially than are acid ones, and the possible contribution of the degradation product, 2-diethylaminoethanol, cannot be overlooked. Procaine hydrochloride at low concentrations (0.1mg/l), or a combination of the above hydrolysis products at an equivalent dose, stimulates photoautotrophic growth of cyanobacteria and salt-tolerant blue-green algae.(19) Interestingly, at higher procaine concentrations (1mg/l), growth was arrested with marked toxic effects (cellular inactivation?) occurring at concentrations of 10mg/l or higher.

These investigations shed little light on the mechanisms of antimicrobial action of LAs. Of greater significance, based on the general knowledge that they have a lipolytic action on membranes,(20) is a study that demonstrated that tetracaine hydrochloride at low concentrations induced the leakage of intracellular materials from a strain of P. aeruginosa and stimulated dehydrogenase activity.(21) Higher tetracaine concentrations had a reduced effect, which could have been caused by effects other than cytoplasmic membrane damage, a possibility that was not explored. One study likened the action of LAs to that of cationic surfactants.(22) Another demonstrated that lidocaine inactivates bacteria by disrupting the bacterial membrane potential.(23) Another study showed that concentrations of LAs causing marked loss in viability also induced leakage of intracellular constituents.(24)

CNS depressants
The CNS depressants consist of anxiolytic sedatives, hypnotics and antipsychotics.(25) The barbiturates originally comprised the major anxiolytics and hypnotics, but have now been largely replaced by the benzodiazepines. Antipsychotics include the phenothiazines, and the antidepressants (imipramine, femoxetine) and anxiolytics such as diazepam also show antimicrobial activity.(26)

Phenothiazines
Interest in the phenothiazines dates from the studies of Ehrlich(27) on methylene blue that showed its antibacterial, analgesic and antipsychotic properties.(10,28–31) Among the phenothiazines, the best-known members are chlorpromazine (CPZ), promethazine and fluphenazine. Of these, CPZ and fluphenazine possess powerful ­neuroleptic (antipsychotic) properties. All three compounds show activity against Gram-positive bacteria. However, P. aeruginosa and Enterobacteriaceae are much less susceptible. Activity of some phenothiazines against HIV-1 has been found,(32) and CPZ with mepacrine might be of value in the treatment of variant CJD (vCJD).(33)

CPZ also shows activity against Corynebacterium urealyticum strains. However, sartraline (a selective serotonin reuptake inhibitor [SSRI]) was considerably more effective against these strains.(34) Another phenothiazine, clopenthixol, exists as the trans(E) and cis(Z) forms in the ratio 2:1. The trans form is more active as an antibacterial agent but has no neuroleptic effect.(35) P. aeruginosa strains are sensitive, and clopenthixol has a greater activity on Vibrio cholerae than CPZ. At nontoxic concentrations, cis(Z)- and trans(E)-flupentixol inhibit HIV-1 replication.(37) CPZ and some of these other psychotropic drugs show activity against mycoplasmas.(38)

The mechanisms of antimicrobial action of the phenothiazines are only partly understood – the reader may go to references 10 and 38–40 for more information.

The effect of CPZ on Escherichia coli mimics that of ampicillin in that filaments are produced and there is a loss of a 50kDa outer membrane protein.(41) In CPZ-resistant Salmonella typhimurium, outer membrane changes occur during the early stages of exposure to CPZ, when growth is inhibited.(42) Subsequently, the organism becomes resistant to very high CPZ concentrations. Synergy between CPZ or similar drugs and antibiotics has been observed(43) and may result from the effects of CPZ on the cell wall or outer membrane.

In 1939, phenothiazine was suggested as being of value in the treatment of urinary tract infections.(45) The potential management with phenothiazines (or other PADs) of infections caused by organisms that resist normal treatments has been described.(26,31) However, of greater significance is the possible combination of ­antibiotics and phenothiazines as therapeutic agents.

Barbiturates
The barbiturates have sedative and hypnotic properties and have long been used for these purposes. Safer ­alternatives are now available.

It has been known for over 40 years that they possess antimicrobial activity. In studies aimed primarily at suitable sterility test methods, it was found that low concentrations (0.2%w/v) were bacteriostatic.(8) This has no clinical relevance, but a bacterial model for the evaluation of barbiturates has been put forward.(46) Thiopental has antimycoplasmal activity.(38)

Selective serotonin reuptake inhibitors
Fluoxetine and sertraline represent a new series of neurotransmitter uptake inhibitors. Chemically dissimilar, they have little structural resemblance to typical tricyclic antidepressants, which have greater sedative activity. Sertraline is more active than CPZ or fluoxetine against C. urealyticum and other Gram-positive bacteria.(34) The SSRIs also show activity against H. influenzae, C. jejuni and even Acinetobacter, but are inactive against Enterobacteriaceae (except Citrobacter) and P. aeruginosa.

Other drugs
Space is unavailable to consider all the other drugs that possess antimicrobial activity. The interested reader is referred to Table 2 and to references 3, 4 and 47–52.