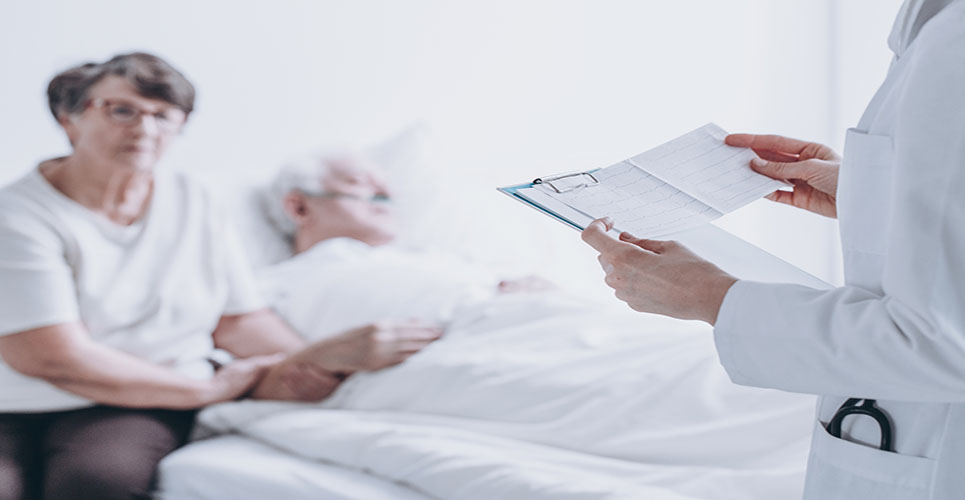 Pharmaceutical care in the older patient

The topic of medicines use in the elderly has received considerable interest from clinical, economic and quality-of-life perspectives. This article emphasises clinical outcomes, and proposes three main points:

Adverse drug therapy outcomes
A drug-related morbidity (DRM) is a serious unintended patient injury resulting from drug therapy or treatment failure. DRMs include adverse drug events (the more severe adverse drug reactions [ADRs], drug toxicities and side-effects) and treatment failures from either underdosage or an untreated indication for drug therapy. Toxicity must be explicitly mentioned because the World Health Organization defines an ADR as a noxious and unintended response to a drug used in normal dosage.

Treatment failure, especially because of an untreated disease, is not really a response to a drug. Rather, it is the consequence of a disease that presumably could have been cured or controlled by drug therapy, but was not. From most viewpoints, treatment failures are at least as important as adverse or toxic reactions.

Age is not an independent risk factor for DRM
Conventional clinical wisdom suggests that old age, per se, increases the risk of DRM. Some apparently attractive arguments support this view. For example, kidney function may slow down with advancing years, so normal doses of drugs that are eliminated by the kidneys may accumulate and cause toxicity in elders.

In a larger and more practical view, however, the point of the example reverses. Doctors and pharmacists know (or should know) that kidney function may decline with age. Some drugs should not be dosed in patients of any age without reference to the patient’s renal function (eg, serum creatinine). Professionals have recognised for years that dosage must be adjusted for the youngest and oldest patients.

Furthermore, available data do not confirm that older patients must be at higher risk of DRM. Gurwitz and Avorn concluded from a literature review: “Patient specific … characteristics are probably more important than [age] in predicting adverse or beneficial outcomes.”(1,2)

Tobias Gerhard and I recently reviewed statistical studies of risk factors for ADRs and DRMs, for a chapter in a forthcoming book. Age was significantly positively associated with the prevalence of ADRs or DRMs in five of eight studies that considered risk and age alone (bivariate analyses). Among studies that considered age simultaneously with other possible risk factors in a multivariate analysis, only one out of six showed a significant relationship between age and DRM prevalence, and that study showed a negative (inverse) relationship: that is, patient age was associated with fewer adverse outcomes.

This explains some of the controversy. Age is correlated with other, more direct risk factors. When an analysis does not account for these other risk factors, age appears to be significant. When they are accounted for, the other risk factors are significant and age (usually) is not. These more direct risk factors are the number of concurrent medications the patient is taking, the number of diseases that have been diagnosed in the patient, and whether the patient is taking certain medicines known to cause problems. Examples include: digoxin, warfarin, long-acting benzodiazepines, drugs with anticholinergic side-effects, especially tricyclic antidepressants and antihistamines, and propoxyphene. Such drugs are rarely contraindicated absolutely in the elderly, but dosages often need to be adjusted, and these drugs must be managed carefully.

Three points come from this discussion:

Improved prescribing is necessary to improve outcomes
Numerous approaches have been used to evaluate the quality of prescribing in the elderly. For example, evaluation criteria can be subjective, using so-called “implicit” criteria, or objective, using “explicit” criteria. Also, the records reviewed may be detailed, such as medical records, or contain limited data, such as prescription records. Computer screening has been used with explicit criteria on records with limited data.

Two prominent examples of explicit criteria can be seen in studies by Beers et al and Hanlon et al.(3–7) Both developed criteria and then submitted them to review panels. Beers’ criteria originally comprised a list of drugs and dosages that were deemed to be inappropriate for use in elderly patients. They were subsequently extended to include limited disease and dose criteria.

Beers’ criteria
Application of this methodology has repeatedly shown a substantial amount of inappropriate prescribing in the elderly. For example, a study by Anderson et al using Beers’ criteria found that 38% of elderly patients who received antidepressants received an inappropriate one.(8) The corresponding percentages for oral hypoglycaemics, sedative hypnotics and nonsteroidals were, respectively, 19%, 18% and 13%. Anderson et al also found that older physicians and those without specialty certification were more likely to prescribe potentially inappropriate drugs.

Medication Appropriateness Index
Hanlon and his colleagues developed a Medication Appropriateness Index (MAI) based upon ten criteria for appropriate drug use, as follows(7):
1.    Indication for a drug.
2.    Drug effectiveness for the indication.
3.    Correct dosage.
4.    Correct duration of therapy.
5.    Correct directions for use.
6.    Practical directions for use.
7–9. Clinically significant drug interactions (drug–drug, drug–disease, therapeutic duplication).
10. Drug cost compared with alternatives

Schmader et al applied the MAI in a sample of 208 elderly outpatients, mostly males, who were taking five or more regularly scheduled medications.(9,10) The average number of prescriptions per patient was 7.9. In all, 1,644 medications were evaluated. The results were as follows: 26% had no inappropriate ratings, 37% had one, 19% had two, and 18% had three or more.

The MAI inappropriateness ratings by prescribing dimension are given in Table 1. Many prescribing influence programmes emphasise drug choice (measured in the MAI as effectiveness), drug cost, drug dosage and drug interactions. The data in Table 1 only partially support those emphases. They may perhaps indicate that the prescribing influences in effect in the US Veterans Administration at the time were effective. In any event, problems with directions accounted for over 50% of the problems.

Schmader et al concluded that medication prescribing for elderly outpatients taking multiple medications was substantially appropriate,(9,10) although the data seem (to me) to show the opposite. They also found that drugs with a high risk for adverse effects were prescribed more appropriately than those with a low risk.

They carried out a meta-analysis of 62 studies of prescribing in the UK, using 19 indicators representing five dimensions: indication, choice of drug, drug administration, communication and review. They found that the prevalence of potentially inappropriate prescribing varied by indicator and condition, and that dosages outside therapeutic range consistently recorded the highest rates. The lowest rates of inappropriate prescribing were generally associated with drug choice. The “communication” dimension was studied less frequently than other dimensions of prescribing appropriateness.

The authors concluded that, although the reviewed literature did demonstrate inappropriate prescribing in the UK, the scale of the problem is unknown because of limitations associated with selection of a standard, inconsistent evaluative dimensions, inconsistent methods (review and sampling), publication bias, and uncertainty about the context of prescribing decisions. Therefore opportunities for cost savings and effectiveness gains are not clear from this literature. They commented that indicators applicable to individual patients could yield evidence of prescribing appropriateness.

We recently reviewed 15 studies of preventable drug-related hospital admissions (PDRA). All studies included elderly patients, and some included nonelderly adults as well. The studies came from eight countries and were published between 1980 and 1999. Our review summarised published prevalence rates of PDRA. The median from the 15 studies was 4.3 PDRA per 1,000 population. This ranks preventable drug-related morbidity (PDRM) among other leading causes of hospital admission, such as myocardial infarction.(13)

All of the studies reported drug therapy problems in the ambulatory care process that had contributed to the admissions. Ten studies reported percentages in mutually exclusive drug therapy problem classifications, and three reported the point in the medicines use process where an “error” had occurred that led to the PDRM. Improved prescribing, while necessary, would not be sufficient to optimise outcomes of drug therapy. Prescribing appears to be the leading cause of DRM in hospitals, but accounts for just over half of all DRMs. In ambulatory care, on average, only about 16% of drug-related hospital admissions were attributed to prescribing. The majority (71%) were attributed to some aspect of follow-up, in particular unresolved ADRs that worsened to require hospital admission. Some investigators assume that ADRs, as defined by the WHO, are not preventable; however, this argument does not extend to many types of severe consequences of ADRs, which are preventable. The category also includes failures to perform necessary tests (such as blood levels or coagulation tests for patients taking warfarin), or to respond appropriately to test results.

Quality improvement
These common, recurring problems can be ameliorated by education but should become part of a systematic quality improvement programme. Hepler and Strand described the systematic management of medicines use for individual patients with the term “pharmaceutical care”.(14) Pharmaceutical care has a counterpart at the hospital or programme level, involving the care of many patients, which can be called “medicines management”.

Just as pharmaceutical care should employ clinical indicators, which are observations of a patient’s progress, management of the quality of medicines use requires performance indicators, which are observations of relevant aspects of system performance. That is, quality in medicines use requires not only systematic care but also systematic surveillance of population data. This would be analogous to the use of drug identity or dosage in drug use evaluation, but would encompass more than prescribing – virtually all steps in medicines use. Some projects are underway in the US and the UK to develop such performance indicators for ambulatory care. One project, at the University of Florida, is developing inpatient medicines management indicators.

These projects, which are in various stages of development, from planning to manuscript preparation, are based on the following definition of a PDRM.(14) A PDRM is one that was preceded by a recognisable drug therapy problem (DTP). Further, that DTP must have the following three characteristics:

The format of each indicator is patient outcome plus process of drug therapy. The following example was the most prevalent PDRM in a recently concluded ambulatory care study(15):
A patient admitted to a hospital or emergency department with decompensated congestive heart failure (CHF) when he had a history of CHF and no record of having received prophylactic ACE inhibitor therapy.

The indicator occurred in 1.8% of patients in an insurance database summarising the care provided to a population of elderly. The outcome (cardiac decompensation) occurred in 75% of the patients who met the process criteria (CHF with no ACE inhibitor.) This statistical association suggests a potentially useful linkage between process indicators and outcome indicators. Professionals could seek to identify patients who were receiving processes of care that had been associated with undesired outcomes, for example patients with heart failure who were not receiving an ACE inhibitor. A quality improvement programme could use the combined process and outcome indicator to identify poor quality and to assess the effectiveness of improvement efforts.