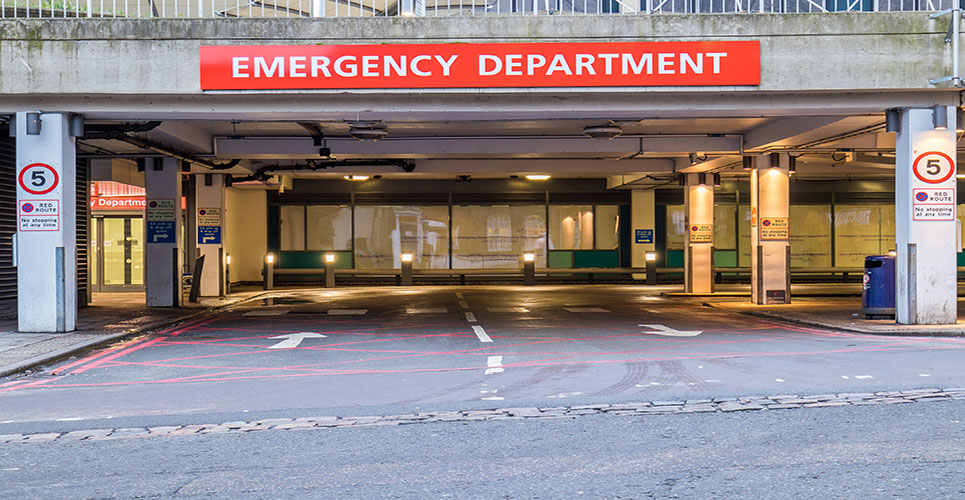 A national pilot project to assess the impact of pharmacists working in emergency departments will start in February 2015. The results could establish clinical pharmacists as essential members of hospital emergency care teams
Christine Clark PhD FRPharmS FCPP(Hon)
Editor, HPE
This winter, Accident and Emergency (A&E) departments in hospitals in the UK have been under great pressure as patient numbers have increased sharply. The news media have kept up a constant barrage of ‘shock-horror’ headlines and it is sometimes difficult to disentangle the facts from the overlying media hyperbole. One marker of the severity of the situation is when the ‘patient put in cupboard’ (actually, a storeroom) story appears. This happens when storerooms are temporarily used as extra ward space. A cursory glance through newspaper records shows that this story comes up fairly regularly, but this winter, a patient’s relatives photographed him, in his bed, in the storeroom, lending additional impact to the story.
Coming back to A&E – people go to A&E for many reasons, some of which are accidents and emergencies but a proportion of which are not. Some people end up in A&E because their condition has deteriorated because of problems with their ongoing medical treatment. This could be because of non-adherence or because the underlying condition has worsened and treatment has not been adjusted appropriately. Some people end up in A&E simply because they cannot get a GP/primary care appointment.
It is now at least ten years since the first studies of A&E attendances concluded that about 5% of cases could be managed by pharmacists. One recent study showed that pharmacists could deal with 60% of A&E attendances at a children’s hospital. Other studies have consistently shown that pharmacists are able to manage common ailments equally as well as GPs and A&E departments. In the light of these findings, it is welcome news that NHS England is now rolling out (in February 2015) a national pilot project to assess the impact of pharmacists working in A&E departments. It is pleasing to see this recognition of the skills and expertise of pharmacists. In the first instance, four hospital trusts have signed up to the project but it is expected that others will follow.
Pharmacists can make an input in Emergency Departments by managing medicines-related problems, by managing so-called minor ailments and by ensuring that prescription information reaches the patient’s community pharmacy in a timely manner. One study showed that a large proportion of A&E visits were related to musculoskeletal pain and 45% of GP consultations were for upper respiratory tract conditions, such as coughs, cold and sore throat. These are conditions which pharmacists are well placed to manage. They are also the right people to sort out complex medication-related problems.
The pharmacists in the pilot studies will work as members of the multi-disciplinary Emergency Department teams. In tackling the medicines-related issues, pharmacists free other members of the team to deal with other serious problems. Most, if not all, will be qualified as independent prescribers and many will undergo further training to enable them to examine and monitor patients competently.
There are already numerous examples of pharmacists in both hospital and community settings performing these functions, and a small but dedicated band of emergency care pharmacists working in hospital Emergency Departments as clinical practitioners. It is unfortunate that it has taken a national crisis to identify the value of pharmacists in this area but this could turn out to be a critical step. Let us hope that the pilot projects demonstrate improvements in the quality of patient care and thereby serve to establish clinical pharmacists as essential members of hospital emergency care teams.