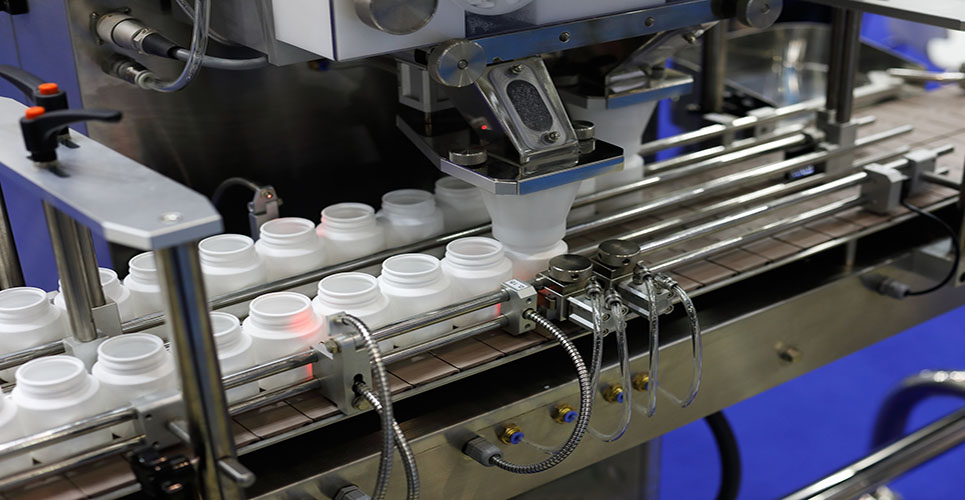 A number of automated pharmacy systems (APSs) or “robots” are now available (see Figures 1 and 2),(1) and their use has been promoted to reduce errors and release staff for other patient-centred activities.(2) The installation of APS at three hospitals in Wales during 2003 (West Wales General, Llandough and Glan Clwyd), funded by the National Assembly government, allowed the benefits derived from this new technology to be evaluated.(3) A literature search revealed that little had been published about pharmacy staff views on automation.(4,5) Therefore, an evaluation was undertaken to determine the views of pharmacy technicians working with APS and compare their attitude with those of staff working in hospitals where no APS was present or proposed. The results obtained would give pharmacy managers an insight into technicians’ attitudes toward automation and assist them in managing change. This was an important study to carry out, as these three APSs were the first phase of a proposal to automate a number of hospital pharmacy departments in Wales. Three additional hospitals will be automated during 2005.

Discussion
Two previous studies investigated the views of all pharmacy staff, including pharmacy technicians. Crawford and colleagues found that, overall, US pharmacy staff showed favourable attitudes towards APSs.(4) However, technical staff were less positive than pharmacists about job security, accuracy, efficiency and the need for APSs. The results showed the need for informing all staff, in order to minimise anxiety about the impact and operation of APSs.

The UK study, undertaken before and after automation at a London hospital, indicated that staff had a positive attitude towards the system once it was operational.(5) However, pharmacy staff focused on the lack of communication and information about the APS and staff involvement in implementation. Before automation, technical staff had poorer perceptions about the benefits of APSs than pharmacists. After implementation, technical staff attitude had improved and no differences between pharmacist and technical staff attitudes were observed.

In Wales, a survey was undertaken in 2004 to gain the views of pharmacy technicians at the three APS sites and at three other hospitals where no APS had been proposed.(6) The anonymous attitude questionnaire asked technicians whether they agreed/disagreed with a series of 33 attitude statements covering the three areas of: APS orientation, job security and welfare, and professional impact. A sixth category (“don’t know”) was also included. Some of the questions/ scales were adapted from previous research.(4,7)

Positive attitudes were recorded by technicians at all sites for 31 of the 33 attitude statements. However, two statements revealed negative views. Technical staff agreed (59%; 41) with the statement “I am worried that the robot will continuously break down”, and disagreed (20%; 12) with “A robot will reduce the boredom associated with some of my jobs”.

Different attitudes were found between pharmacy technicians working with APSs, compared with those working in hospitals with no APS. The six significant differences are shown in Box 1.

In general, all pharmacy technicians had a positive attitude toward automation. This should reassure managers introducing APSs. The different attitudes observed from technicians working with APSs can be explained by the fact that they saw the benefits of implementation. In addition, technicians at non-APS sites were more likely to have concerns about job security and welfare. Therefore, the survey results and experience at Llandough Hospital suggest that pharmacy managers should include these issues in staff discussions about APS implementation. Opportunities to talk to colleagues in departments with APSs would also be beneficial. The positive views of these staff on APSs, including new job opportunities following introduction of APSs, would then be disseminated to other technicians. This may initiate discussion about concerns with APS implementation.

Conclusion
Following Experience of Implementation at Llandough Hospital, the survey undertaken in Wales, and the two studies discussed,(4,5) it is recommended that managers implementing APSs should:

Resources
Information about APS in the UK, procurement,
installation and impact evaluation can be obtained from the series published in Hospital Pharmacist (2004)
W:www.pharmj.com/noticeboard/series/automateddispensing.html