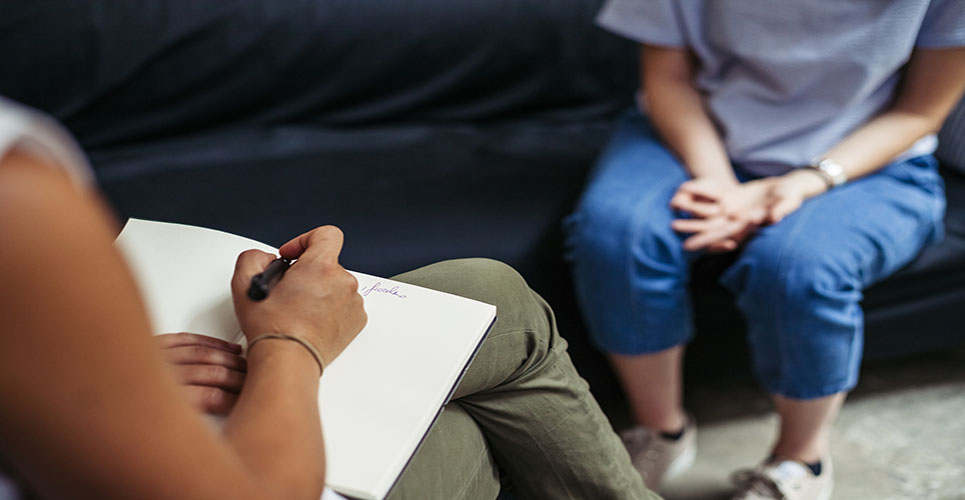 This report is based on a series of psychiatry update sessions presented by Sebastian Härtter (Assistant Head of the Neurochemical Laboratory in the Department of Psychiatry, University of Mainz, Germany) and Kari Laine (Associate Professor, Department of Clinical Pharmacology, University of Turku, Finland) during the European Society for Clinical Pharmacy (ESCP) symposium in Prague on 20–23 October 2004.

Schizophrenia
The socioeconomic burden of schizophrenia exceeds that of all cancers combined. The condition affects 1% of the population, and the incidence is 1 in 10,000 adults per year. Schizophrenia affects both sexes, although the onset is earlier in men. Up to 50% of sufferers attempt suicide, and 10–20% are successful.

Schizophrenia is defined as a disease of six-month duration with core symptoms (delusions, hallucinations, disorganised thinking and speech, disorganised behaviour or catatonia and negative symptoms) for at least one month and social dysfunction.

Schizophrenia is an episodic condition. Each episode has three phases: prodromal, active and residual. The recurrence rate per annum is up to 30% in treated and 75% in untreated disease. The prognosis for untreated schizophrenia is poor, with 50% of sufferers experiencing multiple episodes. Early treatment is associated with a good prognosis.

There appear to be polygenetic risk factors for schizophrenia, although the condition often runs in families. Current thinking suggests that schizophrenia results from a combination of endogenous and environmental factors in the presence of a stressor (eg, a stressful life event) in susceptible individuals.

The management of schizophrenia involves psychotherapy, social therapy and drug treatment. The main focus of the pharmacist’s activity is on drug therapy – the backbone of ambulant treatment for psychosis.

Antipsychotic (AP) treatment is effective in schizophrenia, schizoaffective disorders, mania in bipolar disease, psychotic depression (in combination with antidepressant treatment) and some neurological diseases. AP drugs are classified as “typical” and “atypical”, although first- and second- generation might be better descriptors, as clozapine is the only one that is genuinely atypical, according to Dr Härtter (see Table). An antipsychotic drug is considered to be clinically atypical if there is a lower risk of extrapyramidal movement syndrome (EPMS) and tardive dyskinesias and a smaller rise in serum prolactin. Atypical antipsychotic agents also have greater efficacy against negative symptoms, therapy resistance and cognitive dysfunction.

The mechanism of action of antipsychotics is not fully understood. They all block dopamine D(2) -receptors. The reasons for atypical behaviour of some APs are not understood either.

Atypical neuroleptics are dirty drugs that affect a large number of receptors, which partly explains their side-effect profiles.

Clozapine side-effects include weight gain (up to 10kg in one month), alterations in blood pressure and agranulocytosis in 1–2% of patients. Patient education about the early signs of agranulocytosis (mild fever, flu-like symptoms) is essential. Both clozapine and olanzapine are associated with weight gain; ziprasidone or amisulpiride would be suitable alternatives for affected patients. Clozapine should be avoided in hepatic insufficiency; amisulpiride should be avoided in renal insufficiency as it is mainly cleared by the kidneys. Clozapine, pimozide and thioridazine should be avoided in cardiovascular disease.  Amisulpiride, haloperidol, quetiapine, olanzapine, ziprasidone or risperidone would be preferable.

Cytochrome p450 1A2 (CYP1A2) is involved in the metabolism of olanzapine and clozapine. Inhibitors of CYP1A2, such as quinolones or fluvoxamine, and smoking cessation (with consequent reversal of enzyme induction) increase the risks of side-effects. CYP2D6 is involved in the metabolism of risperidone, and this is inhibited by paroxetine and quinidine. CYP3A4, which can be inhibited by erythromycin or ketoconazole or induced by phenytoin, is concerned with quetiapine and ziprasidone metabolism.
Clinical pharmacists should provide advice to psychiatrists and patients about antipsychotics and concomitant treatment to improve the effectiveness of treatment.

Antidepressants in pregnancy and breastfeeding
The pharmaceutical industry does not view pregnant women as a significant market, yet the use of antidepressants during pregnancy and lactation is an important issue in clinical practice. Up to 16% of pregnant women suffer from depression, for which up to 10% require professional help, including medication. Postpartum depression is just as common as before delivery.

Tricyclic antidepressants (TCAs), selective serotonin reuptake inhibitors (SSRIs) and benzodiazepines are all safe to use during pregnancy, as they are not teratogenic and do not increase the frequency of miscarriages. However, problems can arise in newborn infants. TCAs can cause withdrawal symptoms and anticholinergic effects, SSRIs can cause perinatal adaptation problems, and benzodiazepines can cause severe withdrawal symptoms and breathing problems.

Pregnant women with depression are underdiagnosed and undertreated. In a study of 82 pregnant women, 40 receiving fluoxetine and 42 not diagnosed with depression, only one of the treated women had her depression controlled and 16 women from the control group were found to be clinically depressed. Altered pharmacokinetics during pregnancy may partly explain this. Studies have shown that serum drug concentrations of citalopram and fluoxetine rise substantially after delivery, with no change in dose.

SSRIs have the most favourable side-effect profile for use during pregnancy, and children exposed to fluoxetine in utero have subsequent normal neurodevelopment. The main problem is fetal exposure to the SSRIs in late pregnancy. One option is to withdraw the drug two weeks before the anticipated date of delivery, but this must be balanced against the risk of maternal suicide. The alternative is to risk infant serotonergic syndrome (restlessness, tremor, hyperreflexia). The condition is benign and will subside in a few days.

Infant exposure to TCAs and SSRIs in maternal blood is low during breastfeeding, with the exception of fluoxetine and, to a lesser extent, citalopram.