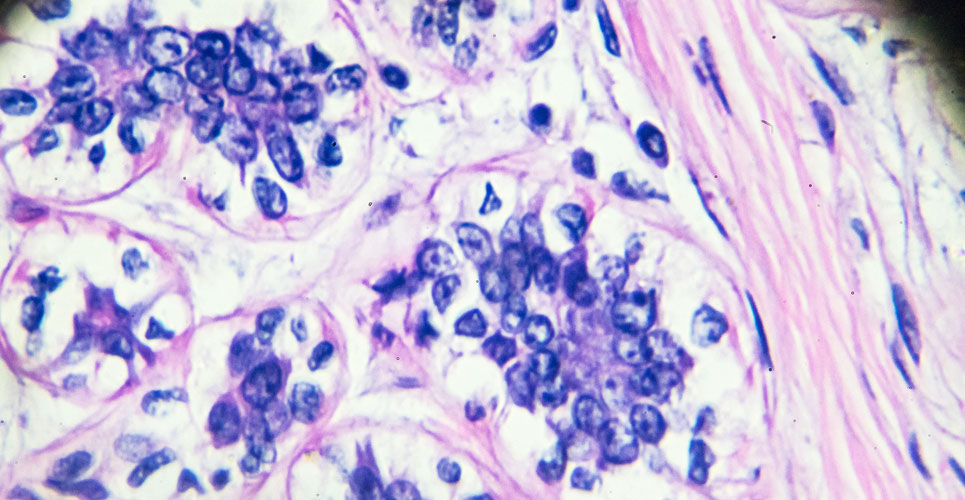 Novartis has announced that Kisqali® (ribociclib) has been recommended by the National Institute for Health and Care Excellence (NICE) for use on the NHS in combination with fulvestrant, where exemestane plus everolimus is the most appropriate alternative, for the treatment of women with hormone receptor positive, human epidermal growth factor receptor-2 negative (HR+/HER2-) locally advanced or metastatic breast cancer who have received prior endocrine therapy.

Ribociclib in combination with fulvestrant will be available on the NHS with immediate effect, providing approximately approximately 5300 a year in England and Wales with a new option for their advanced breast cancer. The combination gives women the possibility of living five months longer without their disease worsening, than if receiving fulvestrant alone.

The NICE recommendation follows data from the MONALEESA-3 trial showing that ribociclib plus fulvestrant demonstrated superior efficacy, with median progression-free survival (PFS) of 20.5 months vs.12.8 months for placebo plus fulvestrant, among overall study population of first- and second-line post-menopausal patients with HER2 negative advanced breast cancer.

This NICE recommendation is based on the second line subpopulation of MONALEESA-3 where ribociclib plus fulvestrant demonstrated a median PFS of 14.6 months vs 9.1 months with placebo plus fulvestrant. The second line subpopulation consisted of patients who had progressed after one line of endocrine treatment for advanced disease or relapsed while on, or within 12 months of completing, neoadjuvant or adjuvant endocrine therapy.

“Here at the Northern Centre for Cancer Care, we took part in the MONALEESA-3 trial that established the efficacy of this combination treatment” said Dr Mark Verrill, Consultant Medical Oncologist. “Ribociclib is already approved alongside an aromatase inhibitor as first treatment for metastatic breast cancer. However, until very recently, we were unable to offer ribociclib or another drug of the same type to women who had already received an aromatase inhibitor and it had stopped working. This restriction meant that around half of the patients who might benefit from ribociclib could not receive it.

It is a vital step forward to be able to offer ribociclib in combination with fulvestrant after an aromatase inhibitor and I anticipate many women benefitting from this approval. Helping women with this incurable disease by controlling it for longer and maintaining quality of life is a significant step forward.”

“The recommendation by NICE is an important development for patients with advanced breast cancer who need additional treatment options that can maintain their quality of life, and provide them with more time without disease progression. This now means ribociclib is available in multiple indications through the NHS which, coupled with the recent ASCO data demonstrating increased survival for pre-menopausal women with HR+/HER2- breast cancer, offers real hope to patients” said Mari Scheiffele, Novartis Oncology General Manager, UK & Ireland. “Novartis is reimagining medicine to transform cancer, and this milestone reflects our dedication to driving ongoing innovation in the treatment of breast cancer.”

The NICE recommendation has been published in its final draft guidance. Novartis is awaiting the NICE Technology Appraisal Guidance, the final step within the NICE approval process, which is scheduled for publication later this year and will be available via the NICE website. There will be immediate access to the combination treatment in England through the Cancer Drugs Fund (CDF) and in Wales through the Welsh New Treatment Fund, whilst Novartis await the NICE Technology Appraisal.

In 2017, ribociclib was approved in England and Wales for routine baseline commissioning as a first-line treatment in combination with an aromatase inhibitor.