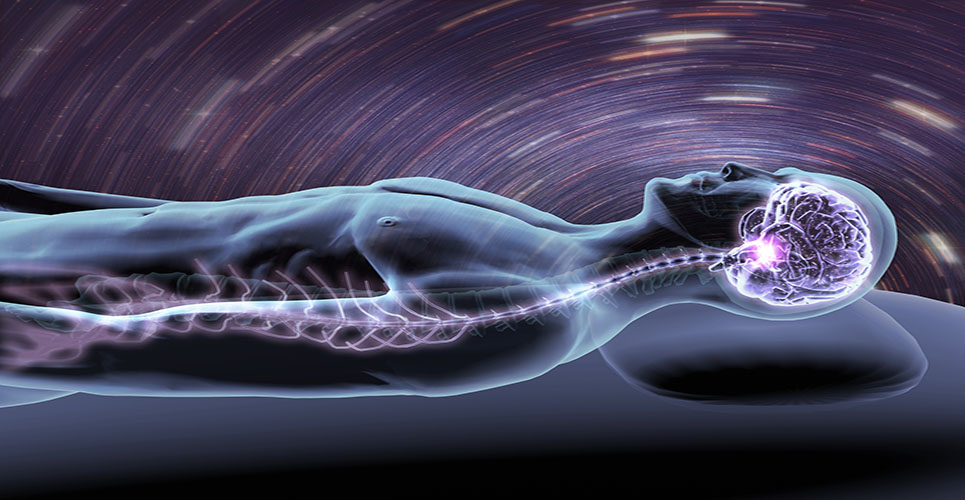 Risk-sharing scheme for the provision of MS drugs

Since 6 May 2002, patients with multiple sclerosis (MS) in England and Wales, who meet certain criteria, have been eligible to receive prescriptions for interferon beta and glatiramer acetate paid for by the UK’s National Health Service (NHS) through a unique risk-sharing scheme.

The establishment of the risk-sharing scheme followed a ruling by the National Institute for Clinical Excellence (NICE) in October 2001 not to support the use of interferon beta or glatiramer acetate for the treatment of MS, based on clinical and cost-effectiveness evidence. Despite NICE’s ruling, the Institute did invite the governing bodies for healthcare in the various parts of the UK to consider how these MS products could be made available to patients in a cost-effective manner.

The ruling by NICE was met by criticism from patient groups and the pharmaceutical industry. The implementation of the risk-sharing scheme was a political response to mitigate these criticisms and meet the needs of MS patients in a cost-effective way. The risk-sharing scheme attempts to ensure that the price paid by the NHS for these MS treatments is based on outcomes achieved. There are four products involved in the scheme: Schering Health Care’s Betaferon, Biogen’s Avonex, Serono’s Rebif and Teva’s Copaxone.

This article briefly examines how the risk-sharing scheme works, its potential use as a model for funding other drugs, and the implications of the scheme for patient management.

How the risk-sharing scheme works
Under the risk-sharing scheme, drugs are funded for patients with relapsing-remitting or secondary progressive MS with prominent relapses. Patient eligibility is dependent on assessment by a specialist neurologist and on meeting the Association of British Neurologists’ (ABN) guidelines.(1) If the products are deemed medically necessary then they can be prescribed to the patient accordingly, even if they do not qualify within the ABN guidelines.

The risk-sharing scheme is expected to cover approximately 7,500–9,000 eligible patients of an estimated 60,000– 80,000 patients with MS, generating an annual bill for the NHS of approximately £50m (e. 78.3m).(2) The costs per patient per year of the drugs being supplied to the NHS adjusted for the purposes of the scheme are:(3)

The difference in cost to the NHS of each of these products reflects evidence of each product’s effectiveness. Due to a statutory direction, the risk-­sharing scheme places equivalent obligations on NHS bodies to fund these products as for other interventions that are deemed to be cost-effective by NICE, so long as patients are deemed to be eligible.

Patient outcomes are to be closely monitored. The monitoring of outcomes is essential, as any significant improvement in clinical effectiveness should result in improved cost-effectiveness depending on increases in the acquisition cost to the NHS. If monitoring shows that the drugs are working in patients then the payments by the NHS would continue at the previously determined prices. Target patient outcomes under the scheme have been agreed for each of the products based on NICE’s Final Appraisal Determination analysis of the product’s clinical and cost-effectiveness over a 20-year horizon. If actual outcomes for any individual product fall short of the target within a margin of tolerance, payments to the relevant company will be reduced on a sliding scale agreed in advance. The margin of tolerance reflects the fact that the outcomes monitored will be subject to a degree of “noise”, and is set at 20% for the first two years and 10% thereafter. The price will be adjusted in either direction on the basis of actual treatment benefit to achieve the target cost-effectiveness value.

The threshold level of cost-effectiveness for this scheme was set at a cost per quality-adjusted life year (QALY) of £36,000 (e. 56,371).(3) The QALY measures the outcome of a treatment as the number of years of life saved with an adjustment made for quality of life. This was set according to the positive recommendations by NICE, which were generally associated with a cost per QALY of £30,000 (e. 46,976) or less, as well as adjustments for two unquantified factors: the impact of treatment on the severity (independent of the frequency) of relapses; and possible cost offsets from the avoidance of severe levels of disability requiring intervention by Personal Social Services. Both of these factors are considered to be important benefits of these MS treatments.

Potential as a model for funding other drugs
In principle, this type of risk-sharing arrangement could be extended to other products. The potential for the risk-­sharing scheme being applied to other drugs will depend on a number of characteristics of the product and the disease that it is meant to treat. First of all it would depend on whether the product would be reviewed by NICE. The UK Department of Health (DoH) selects health technologies for assessment by NICE according to four criteria:

MS was targeted for review in part because the strong patient lobby that surrounds this disease had put pressure on the DoH to improve the availability of MS treatments from the 2% of patients who were receiving treatment in the UK compared with 12–15% in other European countries.(5) If the drug is expensive but very effective in a segment of the population, then this sort of risk-sharing approach could be useful; however, identifying such a segment of the population may be difficult, and even if companies have such data they may be reluctant to make them available.

However, there are a number of caveats to this approach. According to the NICE guidance,(6) the initial models used by NICE in its review of the MS drugs generated widely different estimates of cost per QALY. The models were sensitive to assumptions, including the impact of a relapse on quality of life and the time horizon over which benefits from therapy may be accrued. The magnitude of these uncertainties was expected by the committee to be larger the longer the timeframe for extrapolation beyond the clinical trial-based treatment data. However, if a timeframe approaching 20 years had been used rather than the 5–10 years in the NICE study, these products may have proved to be more cost-effective.(7) The uncertainties are important, particularly where data for the various products were pooled for the model, yet each product may have different levels of cost-effectiveness. For example, subsequent cost- effectiveness analysis was commissioned by NICE, with Schering and Biogen providing additional data, while Teva subsequently withdrew additional data and Serono provided none at all. The subsequent analysis found that Schering’s interferon beta-1b was the most cost- effective of the four products appraised.

Part of the debate around the risk-sharing scheme also surrounds the methods for the calculation of QALYs and the unofficial NICE cutoff of £30,000 (e. 46,976)/QALY. There remain methodological issues around the use of QALYs and the comparability of different methods used to elicit preferences. Cost/QALY ratios can be subjective and for this reason have been rejected in other countries as a way of informing resource allocation decisions. Also, the threshold used for these drugs is rather arbitrary despite the fact that it was increased as compared with other NICE approvals to take into account the fact that the QALY measure used for the models did not capture the two unquantified factors, as discussed previously. These factors are considered important as they are possible benefits of interferon beta treatment.

The risk-sharing scheme does offer companies an opportunity to link product performance to price. It also shows some flexibility on the part of NICE that drugs will be funded at a price that is deemed cost-effective. This scheme is similar to previous schemes introduced in the United States, including one for Merck Sharp & Dohme’s Proscar (finasteride) in 1994, which offered money back if the drug failed to improve symptoms within six months or if patients required prostate surgery within two years.(8) In 2001 in the UK, a money-back scheme was reported to have been piloted by Pfizer, offering a notional financial rebate to relevant health authorities if a patient who received its product Lipitor (atorvastatin) did not achieve targets for cholesterol lowering; however, repayments were never made.(9) Risk-sharing schemes also operate in other European countries: a limited application of a risk-sharing scheme was applied in Italy for two treatments for Alzheimer’s disease; and in Finland a type of risk-sharing arrangement is used between the government and patients where a maximum reimbursement limit of 50% is set for at least two years until factors, including necessity, economy and therapeutic value of the drug, can be demonstrated by research from actual clinical practice.

The application of a risk-sharing scheme to other products would be a major shift away from the pricing freedom of the UK’s Pharmaceutical Price Regulation Scheme (PPRS), the traditional method of controlling the cost of in-patent medicines for the NHS. The PPRS regulates overall profits on sales of drugs to the NHS and is determined at the industry level. The risk-sharing scheme uses a more deterministic pricing approach where negotiations take place at the company level.

Linking price with volume has been common in some European markets, but linking price with outcome and especially with the cost-effectiveness threshold sets some precedence. In this case a company is not penalised for selling more, but reimbursement is performance-related, and if a product achieves the target outcomes it is rewarded. If a similar risk-sharing scheme is applied in exceptional cases to other products then the PPRS could continue to operate as it has in the past. But if risk-sharing schemes become widespread then it begins to contradict the inherent incentives of the PPRS that provide a stimulus to the industry to invest in the UK.

The implications of these schemes for patient management
In terms of patient management, those patients eligible to enter the scheme are monitored for changes in disease progression and treatment effect from their baseline level of disability each year for 10 years. If a company withdraws before the end of the 10-year period then they will be required to make a repayment for any shortfall in treatment benefit up to that point. If patients are switched from one product to another they will be excluded from further monitoring.

The monitoring of the efficacy of MS treatments could prove to be costly and is difficult to assess.(10) The few predictors of prognosis for MS patients (ie, sex, age, type of disease at presentation, number of relapses in the first year) are able to predict only a small part of the extreme variability that exists between individual patients over time.(11) Long-term commitment on the part of the patients, physicians and the industry will be vital to the success of this arrangement.

Conclusion
The risk-sharing scheme for MS drugs opened a door of opportunity to patients in need of expensive treatments and demonstrates a willingness on the part of the NHS to be flexible so long as the target cost-effectiveness ratios are maintained. The scheme means that MS patients who are eligible for treatment will have their prescriptions paid for by public funds. It will require a commitment at all levels to ensure that outcomes are closely monitored.

A risk-sharing approach could be applied to other products, particularly if they are expensive and required safeguards with monitoring to ensure their long-term clinical and economic value. The scheme, however, is not without caveats, particularly in terms of methodological concerns and conflicts with the existing PPRS scheme if the risk-sharing approach is extended to a number of other products. Nevertheless, the risk-sharing scheme is a unique performance- based payment model, which takes the application of cost-effectiveness analysis to the next level of actually determining drug prices.

The author would like to thank Dr Elias Mossialos and Mr Adam Oliver for their helpful comments.