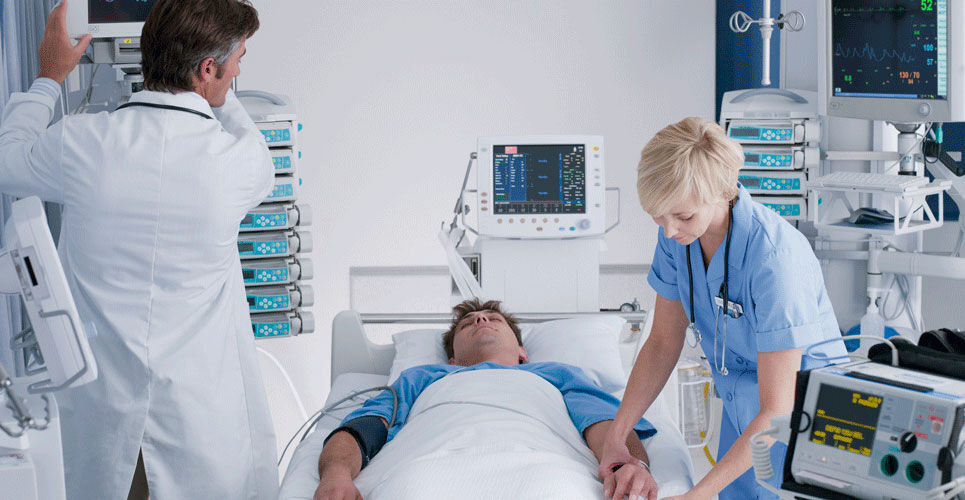 Skeletal muscle loss in critical care patients can be nearly 2 per cent during their first week of admission to an intensive care unit (ICU) according to the findings of a systematic review and meta-analysis by UK and German researchers.

Critical illness is defined as a state of ill health with vital organ dysfunction and a high risk of imminent death if care is not provided and the potential for reversibility. Moreover, among critically ill patients with sepsis, a considerable number will show signs of severe skeletal muscle wasting and/or ICU-acquired weakness (ICUAW). While the pathophysiology of ICU-AW is incompletely understood, the condition appears to be triggered by critical illness and there is some evidence that skeletal muscle loss is associated with an increased mortality risk. Although it is known that skeletal muscle losses occur among critically ill patients, to date, no studies have summarised the published data on the daily amount of muscle that is lost in ICU patients, which methods are used to monitor muscle size in such patients and on the prevalence of ICU-AW in critically ill patients.

The researchers therefore undertook a systematic review of the topic and searched for studies in which there were at least 20 adult critically ill patients and where the investigators had measured a muscle mass-related variable at two time points during the ICU stay.

The literature search identified 52 relevant studies that included 3251 patients in which 1773 patients had data on on muscle wasting and 1478 on ICU-acquired weakness. Muscle mass was assessed by ultrasound in 85% of studies and the remainder by computed tomography.

The authors concluded that critically ill patients suffer from early and marked muscle wasting, which is about 2% per day but does vary between muscles and depends upon the measurement taken.

Citation
Fazzini B et al. The rate and assessment of muscle wasting during critical illness: a systematic review and meta-analysis. Crit Care 2023