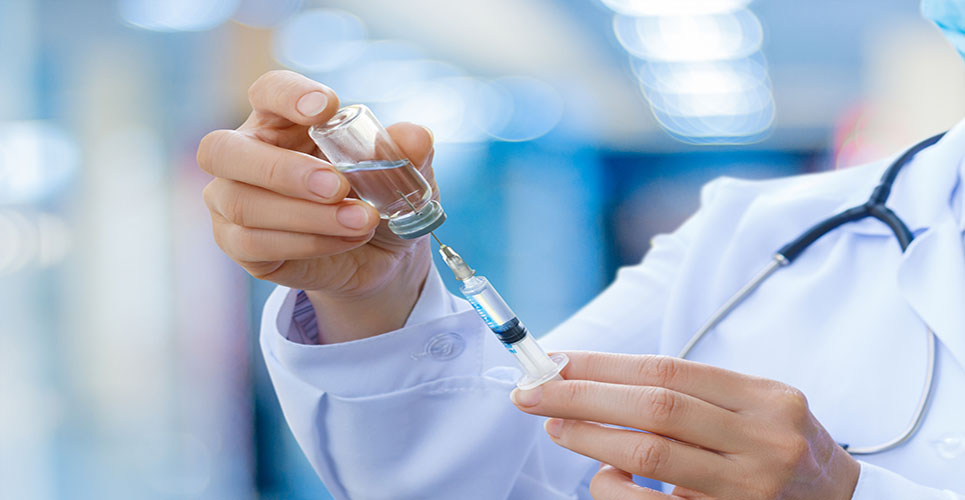 Pandemic control could be revolutionised by allowing vaccines to be self-administered, scientists believe, after they successfully tested it on mice. There is no need for medical training to administer the patch.

The patch works by “microneedles” – each measuring just over half a millimetre – delivering the vaccine and then dissolving away. After the vaccine is dissolved, the water-soluble backing will then be able to be discarded.

Scientists in the US designed a 100-needle patch that was first tested for its ability to penetrate pig skin, which is about the same thickness as its human counterpart.

They then carried out experiments to see how effectively the patch could deliver flu vaccine in mice.

One group of rodents received hypodermic needle flu jabs, while others were treated with patches that were either loaded with the vaccine or empty.

Three months later mice vaccinated with the microneedles were found to be mounting a stronger immune response than those injected by syringe.

They were better able to clear the flu virus from their lungs than animals given the traditional flu jab.

Professor Mark Prausnitz, from the Georgia Institute of Technology in Atlanta, who led the study reported in the journal Nature Medicine, said: “We have shown that a dissolving microneedle patch can vaccinate against influenza at least as well, and probably better than, a traditional hypodermic needle.”