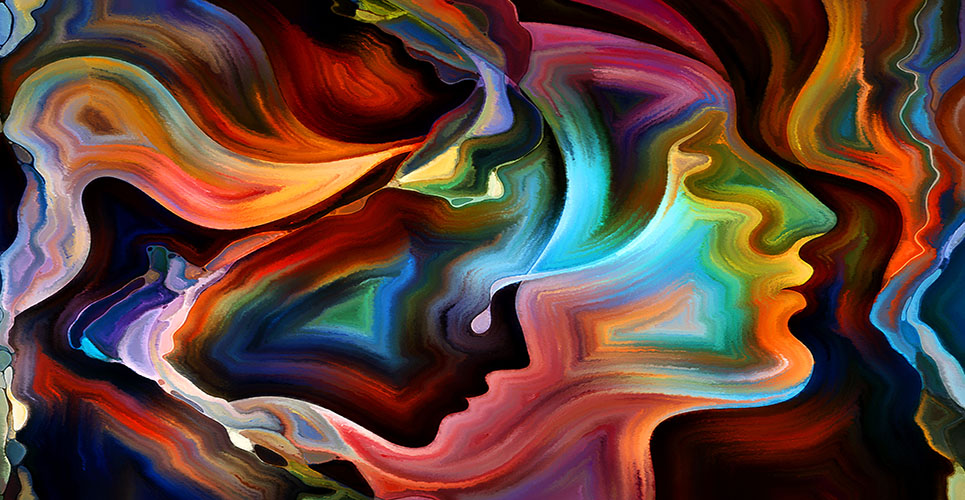 Switching from typical to atypical antipsychotics

Switching antipsychotics is a common procedure and, when managed well, offers patients significant benefits. This article will provide practical guidance on how to switch antipsychotics, so as to reduce the risks of relapse and withdrawal side-effects.

Who to switch?
It is important to have a clear rationale for switching antipsychotics. The two main reasons for switching are intolerance or inefficacy of the current treatment.(6–8) Intolerance to typical antipsychotics is common, particularly because of adverse effects such as EPSE, TD and hyperprolactinaemia.(2) Antipsychotics are not always effective at treating all symptom domains,(2) or may not prevent relapse despite patient compliance.(9) Whatever the reasons for switching, explaining the risks and benefits of the new treatment to patients and carers is important.(6)

Switching may not be beneficial for some patients, such as: those whose risk of symptom exacerbation, particularly aggression and suicidal thoughts, outweighs the benefits of switching; patients who have just recovered from a relapse; patients who do not want to switch; those who are well and have no side-effects from their current medication; patients experiencing stressful life events (eg, new job or relationship changes).(6,8)

The signs and symptoms of antipsychotic withdrawal reactions are presented in Table 1. Many of these (particularly nausea, sweating, vomiting and insomnia) are due to cholinergic hypersensitivity caused by withdrawal from profoundly anticholinergic antipsychotics.(10) This reaction is often called “cholinergic rebound” and can occur one to four days after stopping treatment and lasts one to two weeks.(11) Dyskinesias can occur or worsen when antipsychotics are stopped. They usually disappear after six weeks and are probably caused by oversensitivity of dopamine receptors.  If dyskinesia persists (ie, lasts longer than 6–12 weeks), then tardive dyskinesia or tardive dystonia should be considered.(11) Withdrawal akathisia may also occur within days of stopping a typical antipsychotic and can persist.(12) If akathisia continues the diagnosis may change to tardive akathisia.(13,14)

Abrupt switching, where the typical antipsychotic is stopped abruptly and the atypical gradually started, has some advantages. These include establishing the new treatment quickly, a low risk of interactions between the two antipsychotics and a simple medication regimen during the switch. However, as discussed earlier, the risk of antipsychotic withdrawal effects is higher using this approach. Abrupt switching means stopping the oral typical antipsychotic on one day and starting the oral atypical the next. If the patient is on a typical depot then the injection is stopped abruptly and the atypical started when the next injection is to be given. This approach is suitable for patients experiencing a life-threatening side-effect, such as neuroleptic malignant syndrome (NMS) or clozapine-induced neutropenia, or when switching from a typical depot. A variation on this approach would be if the typical antipsychotic were gradually withdrawn and stopped then the atypical started. This method is recommended when switching to clozapine for reasons discussed below.

Amisulpride
There are two studies that make recommendations for switching to amisulpride. One study describes a consensus meeting about the practical use of amisulpride.(19) The consensus group suggested cross-tapering over one to four weeks as the best method for switching to amisulpride. A second study also suggests a cross-tapering method over up to four weeks.(12) Both recommendations are based on knowledge of amisulpride’s pharmacology and clinical experience of the switching process. Amisulpride has minimal adverse effects and interactions that are important when switching, which makes this a relatively low risk procedure.

Clozapine
The recommended method of switching to clozapine is to gradually and completely withdraw the typical antipsychotic before gradual initiation of clozapine.(20) This is largely because some antipsychotics are associated with agranulocytosis and coadministration with clozapine may increase the risk of this life-threatening side-effect.(15) This method of switching is also important because of the danger of other pharmacokinetic and pharmacodynamic interactions.

Occasionally it is not possible to completely withdraw the typical antipsychotic before initiating clozapine. This could be because of the patient’s mental state or if they are receiving depot medication. If cross-tapering is necessary then monitoring of blood pressure, neutrophils and electro-encephalogram are needed.(15) Clozapine also causes profound sedation, hypotension and seizures, effects that can be magnified by typical antipsychotics. Clozapine is metabolised by the cytochrome P450 enzymes 2D6 and 1A2,(21) increasing the risk of pharmacokinetic interactions with typical antipsychotics metabolised in the same way.

More recently, a randomised open-label study investigated two techniques for switching Asian patients from mainly typical antipsychotics to olanzapine.(23) Method one was by abrupt switching (n=54), where the patient’s antipsychotic was stopped abruptly and then olanzapine 10mg started. Method two was by cross-tapering (n=54), where olanzapine 10mg was started and then the patient’s current antipsychotic was withdrawn over two weeks. Both methods of switching were equally successful (74.1% of abrupt switch group; 67.9% of cross-taper group). Success was defined as completing six weeks of olanzapine treatment without worsening of symptoms and EPSE. Interestingly, patients in both groups reported sedation, insomnia and headache as side-effects. This could have been a result of the abrupt and relatively fast (over one week) withdrawal of the previous antipsychotic.

Overall these two studies show that a variety of methods are suitable for switching to olanzapine. Cross-tapering, by gradual withdrawal of the typical antipsychotic (for reasons discussed earlier) and immediate initiation of olanzapine, is recommended. This is because initiation of olanzapine at an effective dose did not cause side-effects in the above two studies. However, some patients (eg, women, the elderly and nonsmokers) may require a lower starting dose.(24) Olanzapine is sedating and can, less commonly, cause postural hypotension making pharmacodynamic interactions with typical antipsychotics a possibility.

Quetiapine
One review article discusses methods of switching to quetiapine but does not specifically state a preferred option.(25) It refers to a poster presentation where abrupt stopping of the patient’s current antipsychotic and then gradual initiation of quetiapine was well tolerated. However, until we have more robust data about how to switch to quetiapine, a cross-tapering regimen is recommended (because of the reasons outlined earlier). Quetiapine can cause moderate hypotension and is also sedative, so is always initiated slowly. When cross-tapering quetiapine with a typical antipsychotic, consideration of any possible additive hypotensive effects of the typical antipsychotic is important.

Sertindole
No published studies about switching to sertindole were found, although the manufacturer recommends initiation of sertindole after stopping previous antipsychotic treatment. This is because sertindole can cause hypotension and prolong cardiac QT interval, possibly causing life-threatening arrhythmias (torsades de pointes). Electrocardiogram monitoring is mandatory with sertindole: before starting treatment; after three weeks of treatment (when sertindole has reached steady state); before and then three weeks after any dose change; after the addition of an interacting medication. Typical antipsychotics can also prolong the QT interval, making coadministration dangerous. In addition, serum sertindole levels are significantly elevated by inhibitors of cytochrome p450 3A and 2D6 or drugs metabolised through the same hepatic enzymes. This includes many psychotropic drugs.

Ziprasidone
As far as we are aware there is no published information on how to switch to ziprasidone. Ziprasidone has a low incidence of sedation and hypotension but can, like most antipsychotics, cause a prolonged QT interval.(29) Because of its effect on QT, ideally the typical antipsychotics should be withdrawn before ziprasidone is started. As when switching all antipsychotics, additive pharmacodynamic and pharmacokinetic interactions must be considered.

Zotepine
No published studies about how to switch to zotepine were found. Zotepine can cause profound sedation and moderate hypotension, and because there is no specific recommendation for switching cross-tapering is recommended for the reasons discussed earlier. As always, consideration of any interactions of zotepine with the antipsychotic being withdrawn is important.

Summary
Atypical antipsychotics offer benefits to patients through improved tolerability and, in the case of clozapine, improved efficacy. For patients to achieve these benefits the switching process must be discussed, initiated and monitored carefully. Prescribers need to be aware of the risks of switching (antipsychotic withdrawal effects, relapse and drug interactions). When these risks are anticipated and managed, a successful switch from typical to atypical is likely.