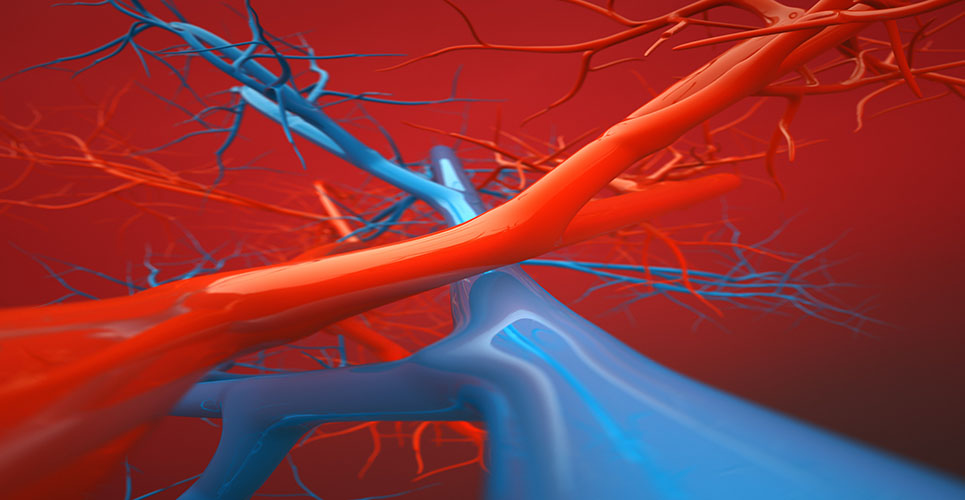 In Westernised societies, SBP rises throughout life, while DBP reaches a peak in the sixth decade and thereafter tends to fall.(1,2) BP changes over a lifetime probably reflect vascular damage mediated by diet, lifestyle and the influences of BP itself. The main BP problem in middle-aged or older individuals is systolic hypertension.(1,2)

The importance of systolic hypertension in the development of cardiovascular disease has been demonstrated in several epidemiological studies.(3–5) SBP is a powerful predictor of all-cause mortality, coronary heart disease (CHD) and stroke,(4–6) stronger than DBP, particularly in the elderly.(7)

The practical significance of systolic hypertension treatment was demonstrated by the Systolic Hypertension in the Elderly Program (SHEP) and the Systolic Hypertension- Europe (SYST-EUR) Study.(8,9) Diuretic-based therapy (SHEP) and calcium channel blocker (CCB)-based therapy (SYST-EUR) produced similar reductions in SBP and in the risk of stroke, myocardial infarction, cardiovascular events and all-cause mortality.

Targets for SBP
The most recent guidelines recommend that treatment should be considered in high-risk patients with SBP >140mmHg and that all treated patients should have SBP <140mmHg.(10–12) In practice, however, hypertension is often underdiagnosed, undertreated and poorly controlled.(1,2) Most treated patients with uncontrolled BP fail to reach acceptable targets because of high SBP.

A better understanding of systolic hypertension and its consequences, as well as the therapeutic options available, may help to improve these figures.

Treatments for systolic hypertension
Although lifestyle modification can facilitate BP reduction,(13) very few patients will achieve the current rigorous targets for SBP control without the use of antihypertensive drugs. Overdependency on nonpharmacological measures is an important factor in the failure to attain SBP targets.

Another reason for poor BP control is reliance on monotherapy.(2) Findings from the HOT study demonstrate conclusively that combination therapy is necessary in the vast majority of hypertensive patients to achieve rigorous control of DBP and SBP.(14)

The WHO–ISH recommendations advise intensive antihypertensive treatment, especially in elderly patients, and state that many of the available medications are acceptable choices for initial therapy.(11) Since hypertension is an asymptomatic condition and treatment can provoke unwelcome symptoms, an important consideration in selection of antihypertensive drugs is avoidance of side-effects.

Diuretics and CCBs tend to activate the renin–angiotensin system (RAS) and the sympathetic nervous system (SNS). However, the haemodynamic changes (increased peripheral resistance, reduced arterial compliance and increased reflected waves) that underlie systolic hypertension are provoked by activation of the RAS and SNS.(15) Hence, drugs that inhibit these neurohumeral pathways might be expected to be particularly useful in the treatment of systolic hypertension.

Drugs that stimulate the RAS
Thiazide diuretics, such as hydrochlorothiazide (HCTZ), have a strong evidence base in the management of diastolic and systolic hypertension.(8,16–18) Diuretics may have a particular role in elderly patients, who tend to be salt-sensitive and to have systolic hypertension. Although metabolic problems can be encountered with high doses, at currently recommended low doses HCTZ is often a vital component of combination therapy. Efficacy and safety are enhanced if hypokalaemia is avoided by use of a drug that spares potassium.

JNC VI recommends the use of long-acting dihydropyridine CCBs for the treatment of ISH,(10) on the basis of the positive findings with nitrendipine-based therapy in the SYST-EUR study.(9) Although CCBs are effective in systolic hypertension,(9) side-effects limit their utility. Ankle oedema is a frequently encountered problem,(19) which greatly reduces patient compliance.

Drugs that block the RAS
beta-blockers, ACE inhibitors and angiotensin receptor blockers (ARBs) all block the RAS, but in different ways.

btea-blockers improve outcome in hypertensives,(17) but in elderly patients, many with systolic hypertension,
beta- blockers performed poorly against diuretics.(20) Compared with other antihypertensive agents, beta-blockers are relatively ineffective in lowering SBP.(21) Furthermore, beta-blockers cause more side-effects and are more often contraindicated, such as in asthma, chronic obstructive pulmonary disease, heart block, bradycardia and bronchospasm.

The effectiveness and utility of ACE inhibitors in treating hypertension is well established, particularly in high-risk patient groups.(22) Beneficial effects are combined with excellent tolerability and good patient compliance. However, ACE inhibitors prevent the breakdown of bradykinin to inactive metabolites, and accumulation of this peptide is thought to be the major contributory factor in the rare, but potentially fatal, side-effect of angio-oedema and the much more common persistent dry cough. This complication arises in 15% or more of patients receiving long-term ACE inhibitors.

ARBs provide an alternative approach with important differences from ACE inhibitors in modes of action.(23)

ARBs provide more complete blockade by acting at the receptor to inhibit the agonist, whether it is produced via the classical circulating RAS mediated by ACE or alternative tissue systems where Ang-II is generated by other enzymes. Tissue systems may be particularly important in mediating vascular damage.

ARBs have actions specific for the RAS and do not cause cough or angio-oedema.

By reducing circulating Ang-II, ACE inhibitors block all angiotensin receptors, while ARBs act highly selectively at AT(1) receptors, which mediate all the adverse effects of Ang-II, including vasoconstriction and release of catecholamines from sympathetic nerve endings and the adrenal medulla.(24,25)

The properties of ARBs (complete, specific and highly selective AT(1)-receptor blockade) facilitate interruption of the interaction between the RAS and SNS that contributes to the vascular changes leading to systolic hypertension. In addition, AT(1) blockade interferes with the negative feedback loop controlling renin release and Ang-II levels. Increased Ang-II stimulates unblocked AT(2) receptors, increasing intracellular bradykinin and nitric oxide levels, which in turn enhances vasodilatation and vascular repair.

The potential of ARBs in the management of systolic hypertension can be illustrated by assessing the clinical profile of valsartan, the most highly selective of the currently available drugs in this class. In hypertensive patients, at doses of 20–320mg daily, valsartan exhibits dose- dependent reductions in SBP and DBP with excellent tolerability.(26) Valsartan is as effective as ACE inhibitors at reducing SBP and DBP with better tolerability, mainly due to a lower incidence of cough.(27,28) Valsartan is also at least as effective as the CCB amlodipine, but with a lower incidence of oedema.(29) The specific value of valsartan in the treatment of systolic hypertension has been demonstrated.(30)

The side-effect profile of valsartan is indistinguishable from that of placebo, and adverse effects are no more frequent at higher doses. This favourable pattern is attractive since the currently recommended rigorous targets for SBP demand the use of drugs at high doses and in combination.(10–12,14)

Combination therapy
Since most patients with systolic hypertension require multiple drugs, the use of an ARB with HCTZ has clear potential. Addition of 12.5 or 25mg/day of HCTZ to 80mg/day valsartan reduces blood pressure significantly, more than doubling the dose of valsartan to 160mg/day,(31) while metabolic side-effects associated with diuretics, particularly hypokalaemia, are less common. The combination of valsartan and HCTZ has several advantages in the treatment of systolic hypertension, including a once-daily dosing schedule, a major factor in compliance with antihypertensive therapy,(32) excellent efficacy, and tolerability similar to that with placebo administration.(33) JNC VI currently recommends diuretics as the preferred first-line therapy for systolic hypertension, but also specifies a need for 24-hour efficacy at low doses.

Conclusion
SBP is now recognised to be more important than DBP in the diagnosis, staging and management of hypertension, necessitating a shift in the attitude of clinicians. Patients with high SBP are recognised to be at great risk of cardiovascular events, particularly stroke, CHD and renal disease, placing a greater burden on already struggling healthcare systems.

Although control of SBP should be the primary goal of treatment, the significance of systolic hypertension is still often overlooked in practice. Systolic hypertension, especially in the elderly, is woefully under-controlled. Better control of SBP offers enormous potential benefits, but effective treatment is difficult to achieve. Of the many available antihypertensive agents, ARBs appear to have the best risk–benefit profile. The combination of ARB and low-dose HCTZ fulfils all the criteria for effective lowering of SBP. However, achievement of optimal SBP (and DBP) control should not be seen as the ultimate goal of therapy. Increasing evidence points to a benefit of blockade of the RAS beyond BP control in high-risk patients, who should be the focus of attention.(34)