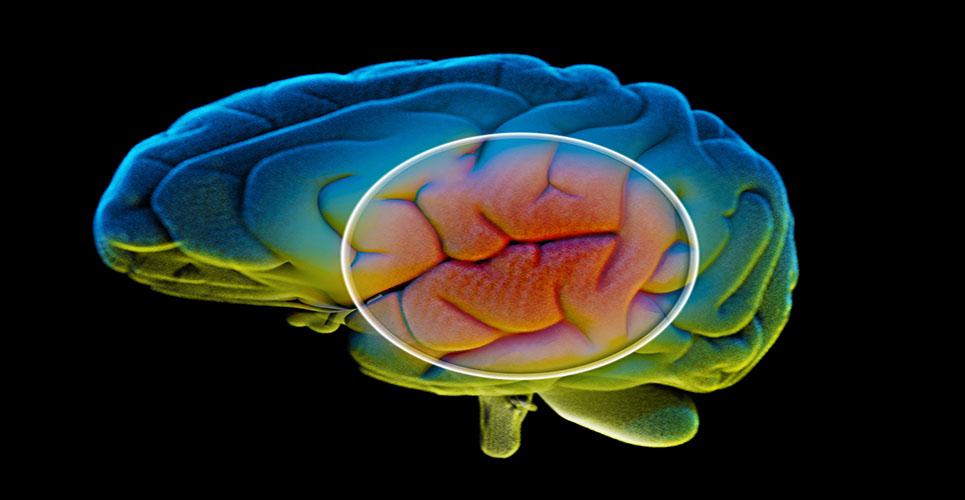 The role of dopamine in schizophrenia

Recently, PET (positron emission tomography) imaging has provided an in-vivo tool to further elucidate the role of dopamine in schizophrenia. It seems that schizophrenia is not related to a general alteration in D(2) receptor characteristics in neuroleptic-naive patients. However, there is a high variability in receptor density when compared with healthy control subjects. This might reflect the dysregulated or labile dopamine neurotransmission common in schizophrenia, and also seen in the increased amphetamine- induced dopamine release in drug-free schizophrenic patients. Recent PET studies, using [(18)F]-labelled fluorodopa (FDOPA), also suggest an increased and possibly state-dependent presynaptic dopamine function in never- medicated patients. There are no significant changes in the number of presynaptically situated dopamine ­transporter proteins (DATs) in schizophrenia.

An interesting phenomenon, seen both in FDOPA and DAT studies in at least half of the schizophrenic patients, is a reverse or lack of the normal brain asymmetry seen in healthy control subjects, a finding that is congruent with the neuro-developmental hypothesis of schizophrenia.

The dopamine hypothesis of schizophrenia in its original form assumes ­overactivity of the brain’s dopaminergic system. However, there may be an increased activity in subcortical (limbic) dopamine systems (Figure 1), accounting for mainly positive symptoms (hallucinations, disorganised behaviour, thought disorders), and a relative hypoactivity in mesocortical dopamine, accounting for mainly negative symptoms (affective flattening, alogia, anhedonia). The positive symptoms appear to respond better to conventional antipsychotic drugs like haloperidol than the negative symptoms. However, at least three dimensions of symptomatology have been suggested for schizophrenia: psychotic, ­disorganised and negative.(1)

Dopamine and schizophrenia
The dopamine hypothesis of schizophrenia relies mainly on indirect pharmacological evidence. First, dopamine-releasing drugs, such as amphetamines, can worsen the symptoms in schizophrenia, and prolonged use of amphetamines may trigger a state resembling paranoid schizophrenia. Second, all current antipsychotic drugs, including the atypical drugs like clozapine, act at least partly via the dopaminergic system. Using PET ­techniques, Farde et al. have shown that, in therapeutic doses, conventional neuroleptics (such as ­chlor-promazine and haloperidol) occupy about 70–90% of ­striatal D(2) ­receptors in the brain.(2) On the other hand, not all ­schizophrenic patients ­benefit from classical neuroleptic drugs. Clozapine and some of the novel antipsychotics (risperidone, olanzapine, sertindole, quetiapine and ziprasidone), which markedly block brain serotonin (5-HT(2)) (and a variety of other neurotransmitter systems) have been shown to be effective in a portion of patients resistant to conventional neuroleptic drugs.
PET imaging and dopamine D(2) receptors in ­schizophrenia
Postmortem studies have consistently indicated an increase in D(2) receptor density in the basal ganglia of schizophrenic patients, but the increase may be caused by previous neuroleptic medication, known to induce adaptive changes at the receptor level. PET imaging allows in-vivo studies in neuroleptic-naive schizophrenic patients. Today the prevailing view is that there is no generalised increase in striatal D(2) receptor density in neuroleptic-naïve schizophrenic patients.(3) Therefore the increase in striatal D(2) receptors in postmortem studies is likely to be iatrogenic, and the D(2) receptor hypothesis as such appears to be incorrect.(4) However, the failure to observe consistent changes at dopamine receptor level does not necessarily exclude changes in other indices of dopamine function.
Fluorodopa uptake and dopamine transporter systems in schizophrenia
Intracellular processes in the dopaminergic neurons may be more sensitive to subtle and qualitatively small changes in the function of neurons. Recent studies with FDOPA have suggested an increase of the FDOPA uptake in basal ganglia in first-admission(5) and more chronic neuroleptic-naïve schizophrenic patients.(6) In line with FDOPA findings, increased dopamine release following amphetamine administration to drug-free schizophrenic patients has been documented,(7) suggesting that the quantity of free, releasable intracellular dopamine is elevated in schizophrenia.

DAT is a protein located on the plasma membrane of dopaminergic neurons. Its main function is to collect the released dopamine from the synaptic cleft and perisynaptic areas back to the presynaptic neuron. Pharmacological studies have shown that CFT, a well-characterised dopamine reuptake blocker with structural analogy to the cocaine molecule, can be used as a valid indicator of DAT function, as well as of dopaminergic innervation density. The average [18F]–CFT binding potentials between controls and neuroleptic-naïve schizophrenic patients are identical.(8) This suggests that the reported hyperdopaminergic state in schizophrenia is due to increased presynaptic dopamine activity rather than increased density of dopaminergic projections.(5,7)

Brain symmetry in schizophrenia and dopamine
In healthy subjects, the human brain is organised in a highly asymmetrical way in terms of structure and function. Results from both presynaptic dopamine and DAT protein studies suggest that schizophrenic patients have a lack of functional asymmetry or reversed asymmetry in the nucleus caudatus. This phenomenon, seen in at least half of the patients, may reflect an impaired axonal migration from the midbrain dopaminergic nuclei to the caudate, congruent with the neurodevelopmental hypothesis of schizophrenia.

Conclusion
The dopamine hypothesis of schizophrenia is one of the oldest biological hypotheses of schizophrenia. In light of recent brain imaging studies, dopamine is likely to be one of the crucial transmitters, and the blockade of dopamine D(2) receptors remains the best characterised and clinically useful mechanism of drug action to alleviate psychotic symptoms. However, it is evident that the biological vulnerability factors and the “acute neurophysiology” of schizophrenic symptoms involve a complex set of imbalanced neuronal connections in the CNS. The involvement of other receptor systems is seen by, for example, the beneficial effects of the novel (atypical) antipsychotic drugs, which have a number of actions on diverse neuroreceptors in addition to effects on brain dopamine. Some of these receptor systems, as well as amino acid and peptide transmitters (such as glutamate, GABA and neurokinins) are currently being studied, and there are now good methods of testing various transmitter imbalance hypotheses, such as the glutamate–dopamine- driven hypothesis of schizophrenia.(9)