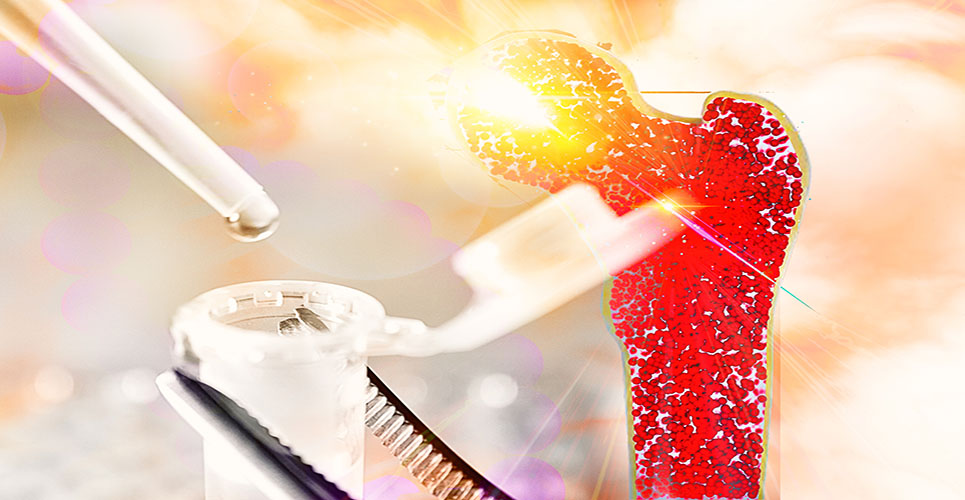 The main developments in transplantation over the past two years have involved improving our understanding of immunosuppressive drugs, concern over the late failure of organ grafts and the continuing shortage of donor organs. Cell transplantation, particularly islet grafts for the treatment of diabetes, has also received much attention.

Immunosuppressive drugsand antibodies
The clinician now has an extremely powerful armamentarium of agents that depress the immune system. However, when used in combination it is easy to overtreat with immunosuppressants, which can cause serious disease in the patient, particularly from opportunist infections, which include bacteria, viruses and fungi that are not normally pathogenic. Infection can present in bizarre ways with unusual symptomatology, such as fungal infection in the brain. In addition to overimmunosuppression, each of the agents used has its own particular side-effects, the most common of which are listed in Table 1.

Clinicians tend to choose their own regimen of drugs, but the principle is to try to achieve sufficient immunosuppression by use of agents that act in different ways, so that the combination allows low dosage of each individual agent and thus avoids their specific toxic effects. With so many agents to choose from it is not surprising that protocols vary from centre to centre and harmful drug interactions can be important, but the effects may take some time to develop so long-term follow-up is necessary.

Late organ allograft failure
Modern immunosuppression produces fairly good results for organ transplantation – 80% one-year graft function – and a low incidence of acute rejection of around 10–20%. Concern is now focused on long-term allograft failure. Although acute rejection resistant to treatment with steroids can lead on to chronic rejection, one acute rejection episode that responds rapidly to steroid treatment is not necessarily a precursor of chronic rejection, which is an insidious, fibrotic process, difficult to diagnose until irreversible damage is done. The salient manifestation in all organs is an arteriolitis with endothelial and smooth muscle proliferation and macrophage infiltration resulting in narrowing of the blood vessels and eventually obliteration of their lumina. Special manifestations in different organs are chronic obliterative bronchiolitis in the lungs and vanishing small bile ducts in the liver.

The calcineurin inhibitors, cyclosporin and tacrolimus, can both cause severe irreversible renal damage, which can be difficult to disassociate from chronic rejection of the kidney but is obvious in the kidneys of patients transplanted with other organs (eg, the heart and liver). Another cause of late failure is death associated with hypertension and hyperlipidaemia, both of which are greatly increased risk factors for the recipients of organ transplants owing to the associated immunosuppressive drug treatments.

In many diseases causing vital organ damage, the disease process may recur in the transplanted organs (eg, glomerulonephritis in the kidney, coronary artery disease in the heart, and hepatitis in the liver). Those diseases with an autoimmune aetiology may be kept at bay by the immunosuppressive treatment used to prevent graft rejection, but this is not always successful.

By 10 years post-transplant nearly half of all organ grafts have failed, so attempts at improving immunosuppression are being sought by many centres. In Cambridge we have been particularly interested in the use of Campath 1H at the time of transplantation, which causes almost complete lymphopenia for approximately one month, with a slow recovery over months. Maintenance immunosuppression is usually successful with half-dose cyclosporin and no other drugs or antibodies. This is a very satisfactory regimen as far as the patient is concerned, as there is little in the way of drug side-effects and the cost of immunosuppression is reduced. We call this approach prope (almost) tolerance and the follow-up of 31 recipients of cadaveric renal allografts in Cambridge is now more than three years.

Shortage of donor organs
As organ transplantation results improve, patient expectation rises and there are more candidates seeking organ allografts. Organ donation from cadaver sources has not improved, probably due to the falling incidence of fatal road traffic accidents, and also because public and professional attitudes towards organ donation do not seem to have changed. In some countries permission is seldom, if ever, given owing to a feeling that the dead body should not be interfered with or a fear that doctors might not look after the dying person properly if organs were to be used for transplantation. A great deal of time and expense has been devoted to improving this situation and there is no doubt that education and continual reminders can produce better results, as demonstrated by the extremely high rate of organ donation achieved in Spain, where doctors are specially trained and appointed as transplant coordinators in most hospitals.

The unsatisfactory state of affairs with cadaveric organ donation has intensified the search for organ donation from living volunteer donors. Initially it was generally accepted that a close blood relative, particularly a parent, could be a suitable donor for one of the paired organs, namely the kidney. This donor source was then widened to include nonblood relatives – for example, a spouse, or even friends. Nevertheless, there has been general condemnation of the use of organs from paid donors or from executed victims, although both of these practices occur in certain countries.

Surgical developments have extended to the use of a part of unpaired organs – for example, a lobe of the liver or lung. Again at first parent-to-child was accepted, and then the net was thrown wider so that now many of us working in transplantation are worried that inappropriate pressure is put on relatives and friends to donate part of a vital organ, which from an unpaired organ can be a major operation with a significant morbidity and mortality. The risk of death following the removal of one kidney is probably less than 1 in 1,000, but this increases to 1–2% if half the liver is removed.

In order to alleviate the organ shortage there is much enthusiasm around the prospect of transplanting organs from animals to humans, particularly from pigs. Progress in this area has been slow because of the relentless rejection that usually occurs despite very high doses of immunosuppressive drugs. There has been no long-term clinical xenograft function except in a patient receiving a kidney from a chimpanzee in the 1960s who had function in the graft for nine months. Manipulation of the pig’s genome to make it more compatible to human blood by implanting human genes and knocking out targets for rejection has again raised hopes. The barriers to be overcome are still formidable, and there is a continuing worry that retroviruses present in the pig’s genome could, after transplantation, cause disease in humans and possibly even spread to nontransplanted people.

Instead of transplanting the whole pancreas, the islets containing the beta cells that produce insulin can be extracted from the pancreas and injected into the portal bloodstream, where they take up residence in the liver and produce insulin. Immunosuppression is required, and the procedure of extracting islets from the cadaver pancreas is complicated and expensive. The islets are extremely vulnerable to damage.

A report two years ago from Edmonton(1) described successful islet transplants using immunosuppressive drugs that did not damage the islets and treating patients before they have developed severe complications. Eighty per cent of their patients with type 1 diabetes did not require insulin injections after one year. Other centres are now adopting the Edmonton technique, or modifications of it, and it is likely that progress will continue. There will never be enough cadaver pancreases available to treat diabetes, which is one of the most common diseases worldwide. The incidence of type 1 diabetes is slowly increasing but type 2 is increasing at an alarming rate, probably due to the fashion of overeating, which seems to be spreading.

Because of the success of the Edmonton workers and the shortage of donor material, there is much interest in trying to culture cells in the laboratory to produce insulin. This may involve the use of human embryonic stem cells, genetic engineering of cells that do not normally produce insulin, or a modification of islets from animals. None of these approaches has yet succeeded in producing beta cells on a scale that could be useful in clinical transplantation, but progress is being made, and it is anticipated that soon there will be a significant advance in the treatment of this distressing and debilitating disease.