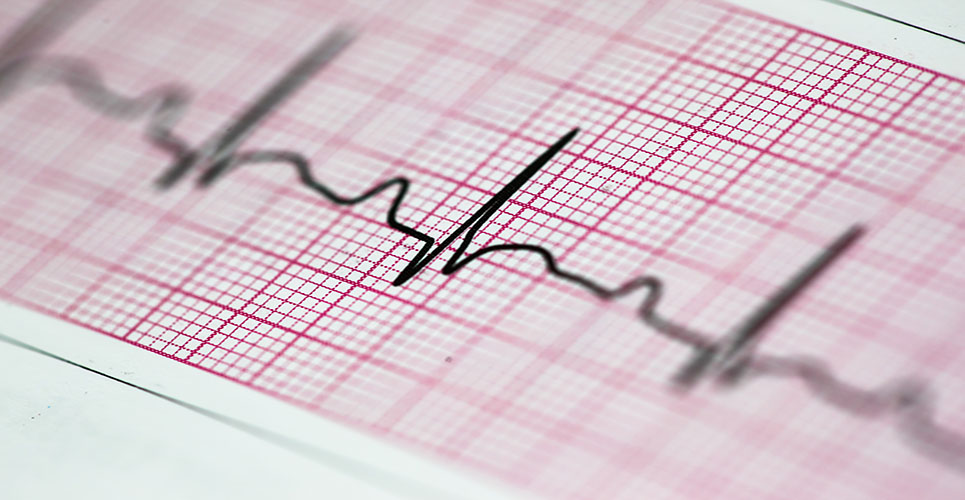 The notion that cardiac antiarrhythmic drugs may be a double-edged sword with the potential of proarrhythmic effects in addition to antiarrhythmic effects has gained widespread recognition since the landmark CAST study,(1) which showed increased mortality in patients treated with various class IC drugs (Vaughan Williams classification – see Table 1) for the prevention of ventricular tachycardias (VTs). Subsequent analyses revealed that excess mortality afflicted certain subgroups, such as those with ischaemia and left ventricular dysfunction. In general, sodium channel blockade (class I drugs) may cause proarrhythmia both on ventricular and supraventricular levels.(2) An example of the latter is conversion of atrial fibrillation (AF) to atrial flutter (AFl) by flecainide, with subsequent enhanced AV nodal conduction resulting in 1:1 AV conduction and potentially life- threatening high ventricular rates.

Antiarrhythmic drugs that act by prolonging action potential duration and refractoriness (class IA and class III drugs) are notorious for their ability to cause polymorphic VT (torsade de pointes) when excessive action potential prolongation (possibly in patients with an increased susceptibility to the potassium-channel-blocking properties of these drugs) facilitates after­depolarisations.(3) Even well-known drugs such as digitalis and verapamil may cause proarrhythmia under certain conditions, in particular by causing AV block and facilitating accessory pathway conduction during AF in patients with Wolff–Parkinson–White (WPW) syndrome, thereby raising ventricular rates inadvertently.(4) Perhaps the only antiarrhythmic drugs devoid of serious proarrhythmia are b-blockers (class II, but not sotalol, which has additional potent class III effects and is classified as a class III drug) and amiodarone.(5) However, the efficacy of ­
b-blockers is often limited, while the unwieldy ­pharmacokinetics and impressive range of sometimes serious non-cardiac side-effects make amiodarone no drug of first choice. On the other hand, while class IC drugs have gained notoriety because of the CAST study, they rank among the most effective drugs for supra­ventricular tachycardias (SVTs), particularly AF.

The lesson from these observations is that anti-arrhythmic drug treatment should be tailored therapy, which takes into account individual patient characteristics. To obtain a more rational approach to choosing an antiarrhythmic drug, knowledge of the basic electrophysiological mechanisms of (pro)arrhythmia types and drug action is paramount.(6) Some brief guidelines and new developments are discussed here.

While adenosine may be helpful in distinguishing VT from SVT with aberrant conduction in cases of wide complex tachycardia, this distinction cannot always be made with certainty. When this is the case, procainamide should be administered and verapamil withheld. This is because verapamil is ineffective in most VT forms, and it has negative inotropic effects that may be particularly significant during sustained tachycardia; procainamide has less negative inotropic effects, and it may not only terminate VT but also be useful in most SVT forms (particularly atrioventricular reciprocating tachycardia [AVRT] and AF/AFl).

Atrial fibrillation, atrial flutter and atrial tachycardia
It is generally believed that maintenance of sinus rhythm is preferable to controlling ventricular rate while accepting AF, although the first large trials addressing this issue await completion.(7) Termination of AF may be ­accomplished with flecainide, propafenone or ibutilide with a high reported success rate (50–90%). To maintain sinus rhythm, flecainide, propafenone, sotalol or amiodarone may be used. Some advocate combining flecainide with a b-blocker to avoid 1:1 AV conduction after conversion of AF to AFl. Although effective, particularly in vagally ­mediated AF (because it has vagolytic actions, as has disopyramide), flecainide should not be administered in patients with ischaemic heart disease or left ­ventricular dysfunction, because of proarrhythmia. Amiodarone is preferable, particularly in heart failure, because of a lack of negative inotropic action.

If sinus rhythm cannot be maintained and rate control must be instituted, digoxin, b-blockers or verapamil are the drugs of choice. If heart failure is present, digoxin or amiodarone may be used. While AF is the most common clinically significant tachyarrhythmia, drug treatment is often not sufficiently effective. It is expected that novel class III drugs will soon be introduced. They carry the promise of a (theoretically) more desirable mode of action (dofetilide, azimilide) or fewer non-cardiac side-effects (dronedarone). RF catheter ablation techniques to treat AF are being developed.(8) As a last resort, His bundle RF ablation with pacemaker implantation may be performed in drug-refractory AF.

No drugs are effective in converting AFl. Flecainide should be withheld because it may cause 1:1 AV conduction. On the other hand, RF catheter ablation of AFl is often effective. Rate control in AFl may be accomplished using the same strategies as in AF. Some atrial tachycardia (AT) forms may be terminated by adenosine. For chronic treatment, flecainide, propafenone, disopyramide, b-blockers, verapamil or amiodarone may be used. RF catheter ablation may be effective.

Ventricular tachycardia
VT usually results from structural heart disease, particularly ischaemic heart disease. Primary VT (VT during the first 24 hours after myocardial infarction) may be effectively treated with lidocaine or procainamide; during cardiopulmonary resuscitation, intravenous amiodarone may be even more effective.(9) However, for the long-term management of VT due to ischaemic heart disease, particularly in the presence of left ventricular dysfunction, antiarrhythmic drugs confer insufficient protection. It is now generally accepted that implantable defibrillators are superior in reducing total mortality than the most potent antiarrhythmic drug (amiodarone) in this patient category.(10) Antiarrhythmic drugs, such as amiodarone, sotalol and b-blockers, are ancillary treatments aimed at minimising the incidence of VT. Class IC drugs (flecainide, encainide, moricizine) are associated with increased mortality in patients with ischaemia and/or left ventricular dysfunction.

In addition to VT due to ischaemic heart disease, relatively rare VT forms exist and require specific therapy. Idiopathic VT, arising either from the right ventricular outflow tract or from the inferior left-sided ventricular septum, may be managed with adenosine, verapamil, b-blockers or RF ablation. Inherited long QT syndrome may be successfully managed with (non-selective) b-blockers. However, VT in long QT syndrome type 3 (based on sodium channel mutations) is strongly bradycardia-dependent. Thus b-blockers may be deleterious; furthermore, there is no convincing evidence for their efficacy. Defibrillator implantation should be performed in these patients. VT in some forms of arrhythmogenic right ventricular dysplasia and hypertrophic cardio-myopathy may be prevented by b-blockers. However, in malignant mutants (those associated with familial sudden death) a defibrillator should be implanted.