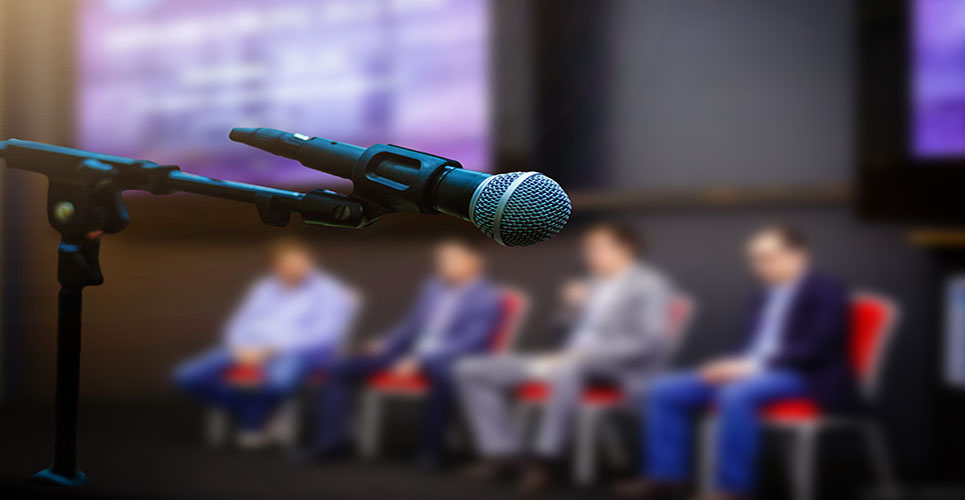 The scientific programme for the Congress was extensive, and impossible to represent in its entirety here. We have chosen some of the sessions that we felt were particularly relevant to ­hospital pharmacists and prescribing clinicians.

Lowering blood cholesterol – statins are just the beginning
The benefits of the the statins in reducing adverse cardiovascular events and prolonging life have been clearly established. However, the frequency of such events are reduced by only one-third using statins alone.

Dr HR Davis (USA) described the development of a new class of cholesterol absorption inhibitors, which decreased blood cholesterol by 20% on their own and had an additive effect when given for short periods with statins. Favourable pharmacokinetics and initial safety data suggest that these agents have a future as combined therapy (perhaps targeted at poor responders to statins).

F Rinninger (Germany) described the explosion of knowledge regarding the synthesis of high-density lipoproteins (HDL) in peripheral tissues and their return to the liver, a process known as reverse cholesterol transport. The discovery that the gene responsible for Tangier disease (the genetic absence of HDL) is ABCA1, and that the scavenger receptor B1 is key in HDL absorption to the liver, has led to new therapeutic possibilities. Upregulation of both proteins by activators of RXR and LXR transcription factors provides an opportunity to promote cholesterol removal from atherosclerotic plaques.

JC Fruchart (France) chronicled the equally spectacular advances in understanding the role of PPAR transcription factors in lipid metabolism and vascular inflammation. The VA-HIT study and ongoing large trials should establish the benefits of newer fibrate drugs, perhaps in combination with statins.

Professor R Paoletti (Italy) summarised the possibilities for beneficial interactions of statins with other drugs (such as calcium antagonists) through synergistic or complementary actions on pathogenetic mechanisms in atherosclerosis. However, common metabolic routes for unrelated drugs, especially the cytochrome P450 pathway, affected drug half-life and could cause toxicity. Greater knowledge of and concern for such factors are necessary to safely reap the benefits of adding new cholesterol-lowering and anti- inflammatory drugs to existing statin regimens.

The speakers discussed the strong physiological backgrounds and promises that were the basis and support for the development of these novel therapeutic interventions in heart failure; they went on to ­present positive experimental studies, followed by the encouraging results of small clinical trials, both uncontrolled and controlled.

However, disappointing or incomplete findings were evident when larger clinical trials were presented. There is still a lack of data on long-term safety of these approaches. There is little information on how to select the patient who may benefit most; the cost/benefit of these novel therapies; and whether any of these drugs or devices really benefit in terms of mortality and morbidity.

DL Mann presented the strong physiological background behind the cytokine modulators of the inflammatory response of heart failure. He then had the difficult role of presenting the disappointing results obtained when the researchers passed from theory to clinical practice. In contrast with preliminary experiment data and small clinical trials, the larger randomised studies, RENAISSANCE and RECOVER, showed no benefit from etenercept. Other cytokine modulators and their related mechanisms of action are under consideration.

M Komajda presented encouraging preliminary data on omapatrilat from the IMPRESS and STUDY 18 clinical studies. But the first large randomised controlled trial (OVERTURE) has just finished the randomisation and the results will not be available for some time owing to the long prospective evaluation. Concerns about side-effects (particularly angio-oedema) have arisen and are being specifically evaluated in a large trial on hypertensive patients (OCTAVE).

JC Daubert reviewed the encouraging findings coming from recent trials (MUSTIC, MIRACLE, CONTAK-CD), but the limited number of total patients recruited (<1,000), the soft endpoints considered (such as changes in quality of life, NYHA class and six-minute walking test) meant that this speaker finished with more questions than answers.

New treatments for pulmonary ­arterial hypertension
Pulmonary arterial hypertension (PAH) is a severe disease for which only continuous intravenous infusion of prostacyclin has proven to be effective. For the first time the results of four recently completed randomised, placebo-controlled clinical trials with new compounds were presented in this session.

Robert Naeije (Belgium) presented the results of a three-month study on the effects of continuous subcutaneous administration of treprostinil in 470 patients with NYHA class II–IV PAH (the majority of patients were in class III). The data demonstrate an improvement in six- minute walk distance (+17m) and of almost all haemodynamic parameters in treated patients. Local pain at infusion site was the most common side-effect. The open- label extension of the study has shown a persistent favourable effect up to 24 months. Eight patients have been safely transitioned from intravenous prostacyclin to subcutaneous treprostinil.

Olivier Sitbon (France) presented the results of the ALPHABET trial, a three-month study on the effect of the oral prostacyclin analogue beraprost in 130 patients with NYHA class II (50%) and III (50%) PAH. The drug, administered four times a day, improved the six-minute walk distance in the treated group (+25m) and in particular in patients with primary pulmonary hypertension (+46m). Borg dyspnoea index was also improved. Minor side-effects linked to systemic vasodilatation were frequent only in the initial titration period.

Horst Olschewski (Germany) presented an overview of the available experience on the use of inhaled prostacyclin analogue iloprost in PAH. The number of required inhalations varies from six to 12 a day, and several uncontrolled experiences have demonstrated improvements in functional capacity and haemodynamics. The preliminary data of the European Inhaled Iloprost trial, a three-month study on 204 NYHA class III (50%) and IV (50%) PAH patients, were shown. The combined endpoint of a 10% improvement of six-minute walk distance and NYHA functional class improvement was observed in 17% of treated patients, compared with 4% on placebo.

Nazzareno Galiè (Italy) pres­ented an overview of the pathophysiology of the endothelin system and of the effects of endothelin receptors antagonists in PAH. The orally active endothelin receptor antagonist bosentan has shown improvements in functional capacity and in haemodynamics in a pilot study on 32 PAH patients. The results of the BREATHE-1 trial, a four-month study on the effects of bosentan in 213 NYHA class III PAH patients have been shown: six-minute walk distance was improved in treated patients (+44m) compared with placebo. Time to clinical worsening, NYHA functional class and Borg dyspnoea index also improved. Increases in hepatic enzymes were observed in 14% of patients and were transient in most cases, leading to discontinuation of the treatment in only three patients.

Gerald Simonneau (France) discussed possible new therapeutic algorithms in PAH patients that also included new treatments. He anticipated that for a precise definition of the role of the new compounds, a longer-term experience on their effects is required. In NYHA class IV patients, intravenous prostacyclin still seems to be required even if in some centres favourable results have been observed with inhaled iloprost. In NYHA class II and III patients, orally active compounds like beraprost and bosentan could be utilised as firstline therapy; more complex treatments, like subcutaneous treprostinil and inhaled iloprost, could also be utilised in cases of important side-effects or lack of efficacy. Combination therapy of prostanoids and endothelin antagonists still needs to be explored in appropriate trials.

Gene therapy –a choice of powerful new tools
One of the major concerns regarding the use of gene therapy for the treatment of cardiovascular diseases is the safety and efficiency of both viral vectors and non-viral delivery systems. This session was designed to address this. Dr Channon from the University of Oxford introduced the session and described the development of the newer adeno-associated viral (AAV) vectors for use in the cardiovascular system. Dr Channon discussed the pros and cons of this system and highlighted the deficit in AAV transduction studies in the vasculature.

Dr Janssens from Belgium discussed the use of viral and nonviral systems for gene transfer, with particular emphasis on adenoviral vectors and in-stent restenosis. He highlighted the current understanding of adeno-viral biology, and how this can be manipulated and used successfully to achieve therapeutic levels in vivo. In particular, his talk highlighted the need to intricately dissect the adenoviral genome to remove detrimental viral coding sequences, yet retain efficiency in the vascular system.

The final two speakers discussed recent developments in nonviral gene delivery. Dr von der Leyen (Germany) discussed the use of nonviral systems for delivery of therapeutic genes to the vessel wall in vivo. He alluded to the clinical trials in progress involving nonviral gene transfer to both saphenous vein bypass grafts and restenotic lesions. The results of these trials are eagerly awaited by both basic scientists and clinicians. It is now clear that delicate modification and ­optimisation of nonviral complexes can achieve therapeutic levels of gene transfer when used locally in the vessel wall, particularly for genes that have a bystander effect, such as endothelial nitric oxide synthase.

Dr Newman finished the session on a high note with an excellent demonstration of new technology for enhancing gene transfer to vascular studies. He demonstrated that ultrasound could significantly enhance gene transfer to both vascular smooth muscle cells and endothelial cells in vitro, and that this technology was now being tested in vivo.

This session defined the current limitations in gene delivery systems for vascular gene therapy. It was highlighted that a number of recent developments in vector technology would be useful for elevating the safety and efficiency of gene therapeutics. Further evaluation of these systems will be eagerly awaited and will hopefully lead to new vectors for applications in diverse clinical vascular conditions as novel gene-based medicines.

Thirty years of struggle for a success
The Denolin Lecture
The concept of antiadrenergic therapy in congestive heart failure – how many lives could have been saved in the past 25 years?

This year’s ESC lecture on clinical cardiology, dedicated to Dr Henri Denolin, Honorary President of the ESC, was delivered by Dr Finn Waagstein, Professor of Cardiology at the Cardiovascular Institute of Gothenburg University.

Prof Waagstein was the first to start the use of b-blockers in patients with heart failure. His doctoral thesis, defended in 1976, was entitled “The use of beta-blockers in the critically diseased heart. A study in acute myocardial infarction and congestive cardiomyopathy”. The first study suggesting survival benefit in heart failure patients treated with b- blockers was published in 1979, and evoked a lot of criticism.

It took a lot of endurance and time for Waagstein and his colleagues to convince cardiologists that their concept was true. In fact, the first controlled trials providing hard data on improved outcome in patients with heart failure receiving b-blockers appeared in the late 90s. Now, as we have evidence that all haemodynamically stable patients with impaired left ventricular systolic function, even those with very severe disease, can benefit from b-blockade, the longlasting efforts to evidence and implement this treatment in practice can be even more appreciated.

Prof Waagstein was awarded with the Silver Medal of the ESC , together with a diploma recognising his significant contribution to clinical cardiology.