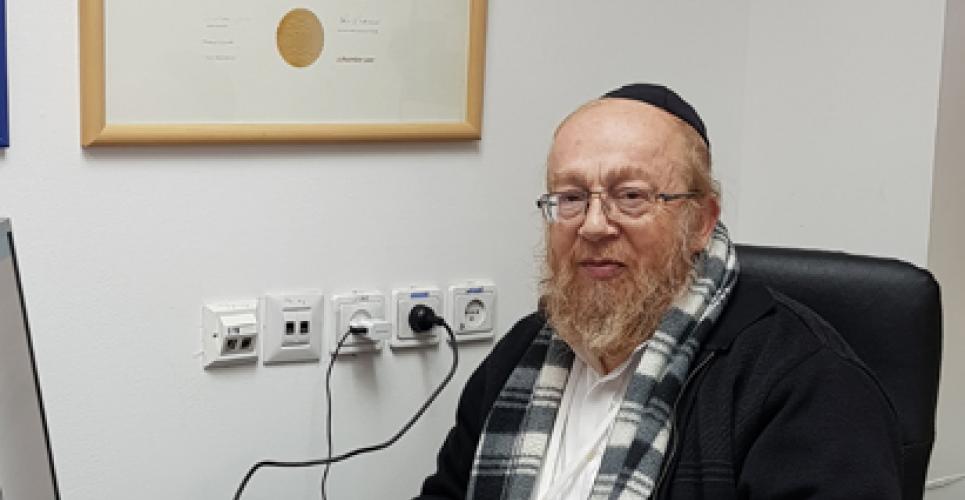 by Beth Kennedy
Published on 15 January 2019

Expert opinion: Yaakov Cass on how to handle hazardous drugs as safely as possible

Can you tell our readers a bit about yourself?

I achieved a BA in pharmacy from Sunderland University in 1974 and after that spent one year working in a community pharmacy, although I hated every second of it beginning to end. After that I worked in a private pharmacy for a couple of months to earn some money, then decided I wanted to do something different.

So I picked myself up and I went to live in Israel in 1976, where I stopped working as a pharmacist and went to study at theological college. I spent a couple of years studying nothing whatsoever to do with pharmacy, which I think was a great move. I then went to work at a hospital in a little town in central Israel and realised that I loved hospital pharmacy. That was what I was born for.

After two and a half years there, I moved to the largest hospital in Israel, the Hadassah Medical Centre in Jerusalem, and worked there as a pharmacist for a couple of years. They opened a new chemotherapy unit, although I didn’t know much about it at that time.

Slowly but surely, the unit built up from a tiny little unit making 20 preparations a day to 400-500 preparations every day with two or three pharmacists by the time I’d worked there for a couple of years. In 1987, I went to England to do a master’s in clinical/hospital pharmacy at the University of Manchester.

I went back to Israel and left the hospital at Hadassah some years later because I was offered a job as a regional pharmaceutical officer for the ministry of health. I spent the next 25 years doing that. Among other things I wrote the Israeli guidelines on how to handle cytotoxics properly and was head of the committee that evaluated the safe handling of cytotoxic drugs and radioactive drugs until I left the post last year.

Can you outline the various engineering protection mechanisms that currently exist for the safe handling of hazardous drugs that you currently work with?

The biggest problem is that until the day closed system transfer devices (CSTDs) came on the market, there was not one piece of equipment designed specifically to use with chemotherapy drugs that had been specifically tested for those purposes. Nowadays we have Hynit gloves that have been tested and checked, but they weren’t actually invented to use with chemotherapy.

You could improve on CSTDs by bringing in robotics, but for the people who are working in chemotherapy preparation units in hospitals anywhere in the world, put in a closed system and you’ve improved your [safety] significantly.

There are no internationally accepted guidelines telling you what a laminar flow hood looks like. There are no regulations on so many things and it has been that way for so long. I would say now in Israel we have a pretty good standard of safety but it’s taken a long while to get there.

Do you think CTSDs are more efficient than engineering controls?

Yes, definitely. No doubt about it.

I’m very concerned about the use of isolators. I have misgivings about them for the simple reason that if there is a hole in the plastic or something spills in it, you only clean it once a week and you’re only changing your inner gloves. I’m not sure that’s really protecting you.

Again, once you put in a CTSD, your safety is moving up significantly. Go for CTSDs until you can bring in a robot.

How much of an impact is robotics having on safe handling processes?

The idea of using robotics to reconstitute chemotherapy drugs is a great idea. But all the robotics that have come into existence up until now have two major problems. One is that they don’t work with CSTDs. They can be slow, cumbersome and can’t handle things like drugs that come with a seal that needs a twist and a turn. So really you’re back to square one.

When there is a robot that has been tested, proven and validated and compatible with a CTSD, then I’m all for it.

Do you think there are problems hospitals are facing that can be solved through robotics?

Yes. People will sometimes break rules and not listen to regulations. People only have two hands. So a robot, if it is capable of safely reconstituting chemotherapy, must be safer in the end because it’s never going to make a mistake. It’s never going to take the wrong drug because you’re on a system that should be foolproof.