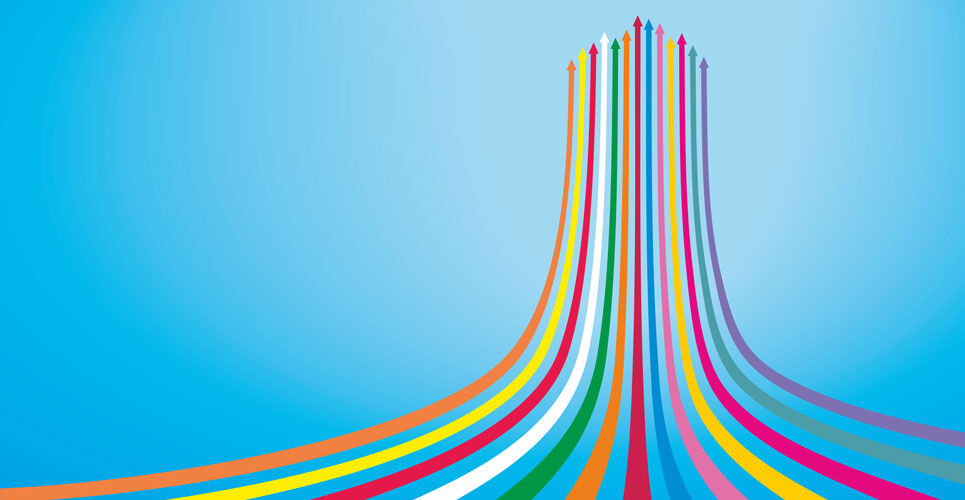 Evidence-based medicine and therapeutics has been the bedrock of healthcare decision-making for the past two or three decades. So how well has it served us during the coronavirus pandemic?

“We’re following science”, they cried as every new measure was introduced to control the pandemic, reduce the spread of infection and save the National Health Service.

This gave the impression that decisions were based on evidence and had been carefully evaluated. However, it was soon apparent that some good evidence was being ignored or side-lined. So, how well did this turn out? Two examples of medicines-related decisions serve as examples. One concerns the use of a repurposed ‘old’ drug and the other a newly-launched drug.

Before considering the specific examples, it is worth looking at the general question of whether to use repurposed drugs or new drugs in a pandemic situation. In the early days of the pandemic, a large number of possible candidate drugs for repurposing was identified.1,2 Another starting point was reports of research undertaken during the first SARS outbreak.

The case for using repurposed medicines is that they have long-established safety records, are usually cheap, generic drugs, are readily available and likely to be effective against all variants. It relies on finding a metabolic process essential to viral survival that can disrupted or blocked by an existing drug. As we know, most drugs have more than one action – and there are many examples of drugs that have been repurposed including, for example, indomethacin for closure of patent ductus arteriosus and minoxidil for hair loss.

New drugs, on the other hand, including vaccines, have been developed rapidly to target specific aspects of viral biochemistry but will necessarily have had limited efficacy and safety testing. Some of the new drugs are biologics so manufacturing is complex and may be capacity-limited; they are also expensive. Fortunately, we have experienced people in the drug regulatory agencies who are able to scrutinise and evaluate trial data carefully and decide whether new drugs are suitable for use. However, in practice there seems to have been a strong bias in favour of new drugs and this may not be in our best interests.

Early treatment is one of the four pillars of pandemic management, the others being contagion control, late-stage hospitalisation (as a kind of safety net for survival) and finally vaccination to achieve herd immunity.1 This was clearly described in December 2020 and yet it apparently remained absent from the Western pandemic policies. Instead, research efforts were focused on late-stage hospital treatments and the search for a vaccine. Indeed, in some quarters early-stage anti-viral treatments were seen as competition for vaccines. After all, they argued, if early treatment is possible why would people bother to be vaccinated? Framing early treatment as a ‘bad thing’ instead of something to be welcomed as a way of treating disease, reducing spread and providing an option for those who could not be vaccinated was a serious mis-step. Fortunately, drug manufacturers and Western governments came round to the idea late in 2021 when the antiviral treatments paxlovid, molnupiravir and sotrovimab were launched.

However, there is no shortage of repurposed drugs for early treatment of COVID-19 – ivermectin, indomethacin and fluvoxamine, for example, are all supported by ample evidence for efficacy and safety together with clinical experience.4–6

Ivermectin is a drug that has been used to treat parasitic infections for over 40 years, during which time about four billion doses have been administered. It is included in the World Health Organization Model List of Essential Medicines. It has anti-viral and anti-inflammatory properties which make it useful for early treatment of COVID-19. It has been extensively trialled for COVID-19. A systematic review of randomised controlled trials (RCTs) showed a 62% reduction in mortality when used for treatment and an 86% reduction in risk of infection, when used for prophylaxis.6 One of the included studies examined index cases and household contacts in a randomised trial and showed unequivocally that that post-exposure use of ivermectin effectively prevented onward transmission of disease.

Of course, meta-analyses of RCTs are only one part of the evidence base. Clinical experience and population-based studies are also important. Two recent studies have further cemented the place of ivermectin in COVID management.

In Mexico City, a mass treatment programme was implemented in December 2020. This was a prehospital home-care programme that combined early detection with antigen tests, a phone-based follow-up for positive patients with mild–moderate symptomatic COVID-19, and the provision of a medical kit containing ivermectin.

Merino and colleagues reported a quasi-experimental evaluation of the effects of the medical kits on hospitalisation for COVID-19 in Mexico City.7 They observed a 55%–70% reduction in the risk of hospitalisation as a result of use of the ivermectin-containing medical kit. They noted that these findings are consistent with those of a previous study of mass treatment with ivermectin in Peru.8

In Itajaí in Brazil, a prospective observational study of COVID-19 prevention with ivermectin was conducted between July 2020 and December 2020.9

The entire population of Itajaí was invited to enrol in the programme. In the absence of contraindications, ivermectin was offered as an optional treatment to be taken for two consecutive days every 15 days at a dose of 0.2mg/kg/day.

The authors also noted that “prophylactic ivermectin use appears to mitigate the additional risk of COVID-19 death due to T2D (type 2 diabetes), hypertension, and cardiovascular diseases.” They concluded that “ivermectin [should] be considered as a preventive strategy, in particular for those at
a higher risk of complications from COVID-19 or at higher risk of contracting the illness, not as a substitute for COVID-19 vaccines, but as an additional tool, particularly during periods of high transmission rates”.

On 4 November 2021, it was announced that molnupiravir had been approved by the MHRA for use in adults who have mild– moderate COVID-19 and at least one risk factor for developing severe illness. Such risk factors include obesity, older age (>60 years), diabetes mellitus, or heart disease.

“Following a rigorous review of the data by our expert scientists and clinicians, we are satisfied that Lagevrio (molnupiravir) is safe and effective for those at risk of developing severe COVID-19 disease and have granted its approval.

“Lagevrio is another therapeutic to add to our armoury against COVID-19. It is also the world’s first approved antiviral for this disease that can be taken by mouth rather than administered intravenously. This is important, because it means it can be administered outside of a hospital setting, before COVID-19 has progressed to a severe stage.”

This was an interesting development because the trial data were limited. It is useful to consider the mechanism of action of molnupiravir and what the trial results actually showed.

Molnupiravir is an orally-active prodrug for N4-hydroxycytidine (NHC) – an antiviral ribonucleoside analogue that acts as a competitive substrate for virally encoded RNA-dependent RNA polymerase (RdRp). The ribonucleoside form of NHC (rNHC) has the ability to pair as either cytidine or uridine, thereby introducing mutations.

Basically, this means that when RNA is being assembled NHC is substituted in place of cytidine. This is sufficiently close to the correct nucleoside that the viral proof-reading enzyme does not remove it, but it results in a nonsense version of the RNA and slows or stops viral replication. This process is described as ‘lethal mutagenesis’ or ‘error catastrophe’.

NHC has powerful in vitro and in vivo activity against a number of RNA viruses. It is more than 100-fold more active than ribavirin or favipiravir against severe acute respiratory syndrome coronavirus 2 (SARS-CoV-2), with antiviral activity correlated to the level of mutagenesis in virion RNA.10

Commentators have pointed out that there could be risks attached to the use of molnupiravir. First, mutagenic ribonucleoside analogues could be metabolised by the host cell and then incorporated into DNA, leading to mutagenesis of the host. This could pose a risk for reproductive toxicity. Second, ‘supercharged’ variants – viable, mutated viruses – could emerge, particularly if patients neglect to take a full course of treatment.

On 1 October 2021, Merck (MSD) and Ridgeback Biotherapeutics announced that early treatment with molnupiravir reduced the relative risk of hospitalisation or death by approximately 50% in at-risk, non-hospitalised adult patients with mild-to-moderate COVID-19, according to the interim analysis of the Phase III MOVe-OUT trial (NCT04575597).11 The results showed that 7.3% of patients who received molnupiravir (800mg, 12-hourly for five days) were either hospitalised or died by day 29 following randomisation (28/385), compared with 14.1% of placebo-treated patients (53/377); p=0.0012. There were no deaths in the molnupiravir group compared with eight deaths in the placebo group. At this stage recruitment into the study was stopped on the recommendation of an independent Data Monitoring Committee and the US Food and Drug Administration (FDA).

Women who were pregnant, breastfeeding, or anticipating becoming pregnant were excluded from the trial. Men who enrolled in the trial were instructed not to have unprotected sex with women for at least four days after the last dose of drug.

Some commentators noted that, “From a methodological perspective, a trial with a small number of events that is stopped early for apparent treatment effects might be prone to the risk of overestimation”.12 In this trial, the total number of outcome events was 81.

The UK has approved molnupiravir and the FDA has granted the drug emergency use authorisation. Meanwhile France has cancelled its order for molnupiravir.

It seems that some of the decision-makers could be in need of some guidance on the science so that it can be followed in such a way as to provide effective relief of human suffering within the resources available.