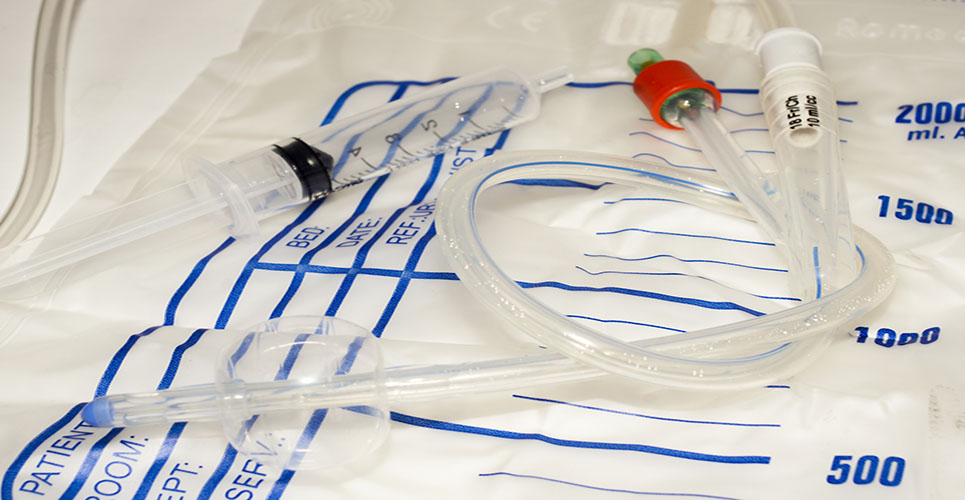 Modern medicine is not conceivable without the use of catheter devices. They allow patients to be monitored, drugs to be administered and clinical samples to be taken. Thousands of these devices are used on a daily basis and on a global scale. They can be classified in a number of different ways according to the type of vessel they penetrate (arterial, central or peripheral venous), the site of vessel penetration (peripherally-inserted central catheter, peripheral, subclavian) or by alternative characteristics such as lumen number or drug impregnation.(1) However, regardless of the way in which they are classified, the fact remains that every time a vascular catheter is placed or manipulated, patients are at risk of developing a bloodstream infection and, on the whole, it is the most frail and vulnerable individuals who end up with maximum exposure. The fact that an individual is hospitalised would suggest less than robust health, but it is fair to say that as health deteriorates, and as patients need more intensive therapy, they will generally have more catheters sited and the appliances will stay in place for longer periods of time.

Catheter-related bloodstream infections are a significant cause of morbidity and mortality in the hospital setting, in Europe and across the globe. It might not be thought that pharmacists would have a great deal to contribute in limiting this serious healthcare-associated infection, because it concerns primarily a device as opposed to a medication, but on further assessment there are a number of ways in which we can influence occurrence. At each stage of the medicines use pathway, pharmacists can intervene to optimise drug use and limit the opportunities for problematic, resistant bacteria, to cause a bloodstream infection.

Incidence
It could be expected that the majority of patients in European hospitals would be exposed to an intravascular device of some form or type, although obviously this will vary with local practices and concurrent patient requirements. The incidence of bloodstream infection following the use of peripheral catheters is low as a percentage of all those used but because of the great number of hospital patients with cannulae in place, the absolute number accounted for represents a high burden of morbidity and mortality. Conversely, the use of central venous catheters (CVC) among the inpatient population is proportionally low but bloodstream infections associated with their use, by their very nature, are more severe and pose a greater risk to patient health and wellbeing. The American Center for Disease Control (CDC) has estimated that 15 million CVC days occur annually in just the ICU setting, with 5.3 bloodstream infections per 1000 catheter days or 80,000 CVC-bloodstream infections per year.(2) Attributable mortality is hard to determine and must be weighed against underlying comorbidities but the annual cost of caring for the patients affected has been gauged to be upwards of $290million annually (over 219 million Euros at current exchange rates).(3) More recently, data from the European Antimicrobial Resistance Surveillance System was used to estimate additional hospital stay and expenditure caused solely by methicillin-resistant Staphylococcus aureus or resistant Escherichia coli bacteraemias. In one year these infections resulted in over 370,000 extra hospital bed days and an additional cost of 62 million Euros.(4)

Pharmacy involvement
Traditionally the remit of the pharmacist, even in a clinical position, has tended to be the ‘drug’ rather than the ‘device’. Our profession has not been involved in decisions regarding which catheter type to use or where to situate them. Even with an appreciation that catheters can be impregnated with antibiotics or locked with anticoagulants, line-care has tended to be the responsibility of our infection control or medical colleagues. However, on consideration, there is actually a great deal that a clinical pharmacist with a practical understanding of catheter‑associated bloodstream infections can achieve.

Drug selection and administration
Excluding those catheters used for diagnostic purposes, most are employed for drug administration. Pharmacists have a long history of being involved in the management of medications used by their patients and drug selection and purchasing can have far-reaching implications for the incidence of bloodstream infections. It is important that, whenever an intravenous agent is introduced into a patient via a catheter, it is as risk-free as possible and it should be considered the pharmacist’s responsibility to ensure a safe choice is made. Many medications are presented as multi-use vials that contain preservatives but which might not fully eliminate bacterial contaminants. There are data to suggest that the preservatives might not have an effect on bacterial impurities for up to two hours post-introduction.(5) They would similarly have no effect on any bacterial toxins produced . Searches of the scientific literature show outbreaks of bloodstream infection associated with multi-dose vials involving saline, vaccines, anticoagulants, total parenteral nutrition, distilled water and anaesthetics, to name a few, and the pathogens involved have included yeasts, viruses and both gram‑positive and -negative bacteria.

Further down the medicines use pathway, pharmacists are also ideally placed to educate medical and nursing staff on how to reduce the inherent hazards associated with intravenous medicines. In March 2007 the National Patient Safety Agency (NPSA) issued an alert regarding the safe use of injectable medicines.(6) Their advice involved a ‘purchasing for safety’ element, as well as a risk assessment for every agent, which included reducing the number of times a vial has to be manipulated (exposed to contamination) and the provision of administration advice at point-of-use for other clinical staff. In most hospitals this is present as a pharmacy-produced, IV drug guide, either in paper or electronic formats.

IV–PO switch programmes
Because using any IV item involves the placement of a catheter, one of the most obvious ways in which to reduce the likelihood of a catheter-associated infection is to remove it. Any catheter left in situ for long periods of time will accrue a bacterial biofilm. Biofilms are densely packed polymeric matrices of bacteria that are inherently resistant to antibiotic therapy and can seed directly into the systemic circulation. Understanding this goes a long way to appreciating why so many bloodstream infections are related to catheter use. Clinical pharmacists are ideally placed to ensure that IV medications are prescribed appropriately, that is, at the correct time and only for the proper duration. We already engage in discussing and directing every other aspect of medicine use with prescribers so it seems clear that we should additionally be conscious of this risk when applying pharmaceutical care to our patients.

Different methods have been used to achieve effective intravenous de-escalation. The presence of pharmacists on ward rounds contributes to the early cessation of IV medication(7) but pharmacists have also led on the development of switch guidelines or proformas and, in line with the digital age, certain hospitals have recently been utilising smart phone technology. At Imperial Healthcare NHS Trust, staff surveys have found that they are accessed more readily than traditional paper guidelines – most likely because they are embedded in equipment that prescribers value and will always have to hand.

OPAT
One of the most significant risk factors for the development of a bacteraemia is for a patient to remain in hospital. Once outside that environment, they are less likely to come into contact with the resistant pathogens that abide in the hospital setting, are less likely to need further vascular access and more likely to be in a state of recovering health. In the UK, pharmacists have been instrumental in the development of outpatient parenteral antibiotic therapy (OPAT) services. These allow patients with moderate-to-severe bacterial infections, but who are otherwise well, to return home and receive community-based treatment. The British Society of Antimicrobial Chemotherapy (BSAC) has developed evidence-based, good practice recommendations for safe and effective community administration of intravenous anti-infectives. They state that a key member of the OPAT team should be a clinical pharmacist and that one of the fundamental principals of an OPAT service is that the patients should receive pharmaceutical care equal to that of an inpatient.(8)

Anti-infective stewardship
Another key way in which pharmacists can help to prevent catheter-related bloodstream infections is to limit the development and presence of the bacteria that cause these difficult to treat infections. In the face of bacterial isolates with higher minimum inhibitory concentrations and dwindling treatment options, antibiotic stewardship is a high priority in hospitals across Europe. Indeed, governments worldwide have acknowledged that the misuse of anti-infectives promotes bacterial resistance and hospital-acquired infections.

Antibiotic stewardship teams have been developed to tackle the problem. These include infection specialists of various disciplines (doctors, pharmacists, nurses etc) who work simultaneously on eliminating problematic elements of infection control practise and anti-infective prescribing. Pharmacist involvement is recommended by both the Department of Health and the Infectious Diseases Society of America, to optimise anti-infective drug use and thereby minimise adverse infection-related events such as the development of healthcare-associated infections and acquisition of resistant bacteria.

Anti-infective stewardship is an umbrella term with implications for catheter-related infections at many levels. Contributions from pharmacists can include anything from formulary management through guideline development, to personally intervening in antibiotic prescribing by being present on ward rounds. Locally, we have developed the use of antibiotic prescribing quality indicators (Figure 1). By measuring simple markers of good antibiotic prescribing we have been able to feed back results to medical and surgical teams more readily than with the use of traditional methods, such as prevalence studies. This timely feedback has helped us to see a rise in the number of prescriptions written according to hospital guidelines or approved by microbiology/infectious diseases team and an increase in the number of prescriptions containing a confirmed stop or review date.(9)

Anti-infective pharmacists across the UK are involved in the education and training of doctors, nurses and fellow pharmacists; training commences at staff inductions and continues with regular updates thereafter. Each component of stewardship is an evidence-based recommendation, put forward to improve, if not reduce the level of, antibiotic prescribing, with subsequent benefits for healthcare-associated infection risks.

Most recently, the UK Department of Health has published ‘Start smart, then focus’, essentially taking antibiotic stewardship along the care-bundle route and breaking down prescribing into a number of essential facets that must be met for safe practice.(10) With each element of the bundle, there is room for pharmacist involvement to improve antibiotic prescribing (Figure 2).

Conclusions
So, far from being an area in which pharmacy is powerless to intervene, there are numerous ways in which our profession can intercede in patient healthcare to reduce the number of catheter-related bloodstream infections. It is also not simply the role of ‘infection pharmacists’, although they have a prominent part to play. All pharmacists involved in the care of patients with catheter devices in situ can, and should, realise their potential to influence outcomes and seek to reduce the risks to which their patients are exposed.