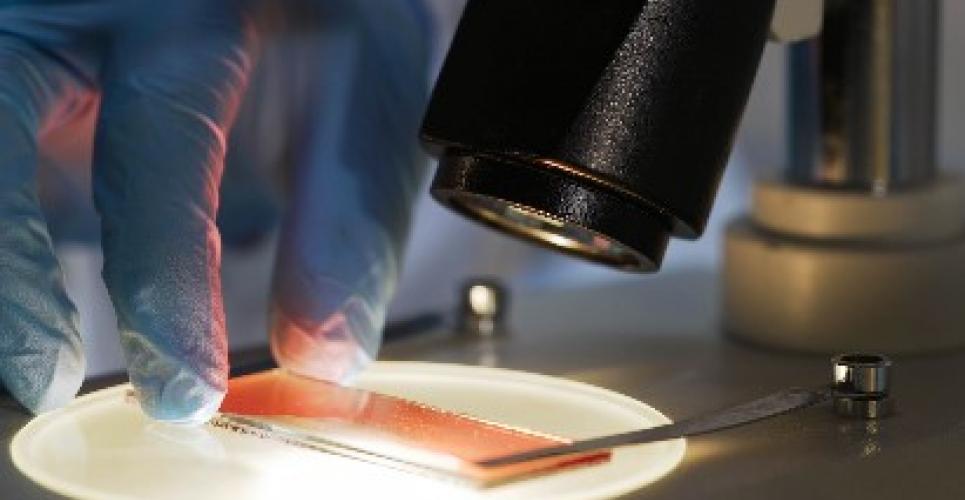 Management of haemophilia A and B

Haemophilia is an X-linked genetic disorder characterised by a deficiency or absence of coagulation factors VIII or IX, resulting in a life-long bleeding disorder.1–7 Haemophilia is also called the ‘Royal disease’ because Queen Victoria was a carrier of haemophilia and her descendants spread the disease among Royal houses throughout Europe.1

The most common types of haemophilia are:

There is currently no cure for haemophilia. Goals of treatment are prevention, early recognition of bleeding disorders and appropriate intervention to prevent complications.1–7

Prophylactic therapy involves regular infusion of factor concentrates (often two to three-times per week) to increase the factor level to a moderate range (> 1%) to prevent spontaneous bleeding or bleeding after minor injury. It is highly effective in reducing bleeding and long-term complications of bleeding (for example, chronic arthropathy). Prophylaxisis recommended for children with severe haemophilia. Prophylaxis can be primary or secondary.

Advantages of prophylaxis include reduced risk of joint damage, ability to participate in sports and other physical activities, reduced risk of spontaneous bleeding, reduced hospitalisations and reduced absenteeism from school or work. Disadvantages include the frequency of injections and the cost.

Prophylactic administration of factors to prevent bleeding in patients with severe haemophilia has been recommended as standard of care by the Medical and Scientific Advisory Council (MASAC) of the National Haemophilia Foundation, the World Federation of Haemophilia, and the World Health Organization.8–10

Treatment on an ‘as needed basis’ (episodic) is considered conventional therapy for patients with mild to moderate haemophilia. The factor is injected after an injury has occurred. Advantages (fewer injections, lower cost) and disadvantages (increased risk of joint damage and spontaneous bleedings) need to be outlined when determining the best treatment for an individual.

The preferred treatment for bleeding in haemophilia focuses on replacing the deficient coagulation factor (replacement therapy) with coagulation factor concentrates. The missing factor protein is injected, which makes the factor immediately available in the bloodstream, thereby enabling activation to continue the clotting cascade and stop the bleeding.1–6

These are factor concentrates obtained from carefully screened donated blood plasma. During manufacturing processes, the proteins are extracted from the plasma through a series of extensive sterilisation procedures to eliminate viruses and other contaminants. Nowadays, plasma-derived products have been shown to be as safe as recombinant products for known transmittable pathogens.

These are ultra-pure products derived from animal or human cell lines that have been transvected with a human factor gene. Although these cell lines are considered to be free of viruses, the concentrates are subjected to viral clearance and inactivation steps to ensure safety and purity.Some factor concentrates are stabilised using human albumin, while others are stabilised using sucrose.

Different generations of products are available, reflecting the species of cell line (animal/human) in which they are produced and the addition of or exposure to human and/or animal protein in the final product.5 In principle, the human cell line could make the protein more similar to endogenous factor VIII.

Recombinant human factor IX is genetically engineered by insertion of the human factor IX gene into a Chinese hamster ovary cell line (for example, BeneFIX® (Pfizer), Ixinity® (Aptevo), Rixubis® (Baxalta)). All have been demonstrated to be safe and effective in the treatment.

An overview of products is available on the website of the Medical and Scientific Advisory Council (MASAC) of the National Haemophilia Foundation (NHF) (www.haemophilia.org).

Alternative therapy includes desmopressin, used to manage minor bleeding in patients with mild haemophilia A. Desmopressin can be administered intravenously or intranasally. For mucocutaneous bleeding in haemophilia A and B, tranexamic acid is effective.

Increasing the half-life allows alonger dosing interval, thereby enhancing the ease of administration for some patients, reducing the cost of factor concentrates and reducing immunogenicity of the products.

In addition to available products, a number of approaches are under investigation, including subcutaneous therapy, which would avoid the need for intravenous access of central venous catheter placement, and also the use of antibodies.

Emicizumab is arecombinant antibody that binds to factors IXa and X simultaneously, bringing these two molecules together and essentially substituting for the role of factor VIIIa as a cofactor for factor IXa in activating factor X, with a long half-life of 4-5 weeks in healthy volunteers. Data from a phase II study were recently published.5,11,15,16

Concizumab is a monoclonal antibody directed against tissue factor pathway inhibitor, which inhibits the coagulation cascade by blocking the function of factor Xa and the activity of the tissue factor–factor VIIa complex. Concizumab can be administered subcutaneously or intravenously.5,15

Other approaches includegene therapy,which can lead to endogenous production of the deficient coagulation factor without the need for regular infusions of factor or other products, and cellular therapy, whichinvolves the introduction of intact cells into the patient rather than manipulation of coagulation factor genes.

The most feared and challenging complication of coagulation factors is the formation of inhibiting antibodies (inhibitors) against exogenously administered FVIII or FIX. Between 20% and 30% of patients with severe haemophilia A and 2–5% of patients with haemophilia B develop inhibitors against infused products.

Patients may develop antibodies when the immune system identifies the infused coagulation factor as a foreign protein. When inhibitors are formed directed against active parts of the FVIII or FIX protein, the clotting factor is inactivated and unable to effectively perform stopping bleeding. Inhibitors do not affect the location, frequency, or severity of bleeds, but they do make them more difficult to control.In addition, it is not easy to eradicate them. They usually occur within the first 50 days of exposure to treatment.1–7,16

In high responders, the amount of inhibitor in the blood increases quickly after the factor is administered and treatment with standard clotting factor is difficult. For this group of patients, a valuable treatment option is the use of a bypassing agent. These agents bypass the inhibitor instead of replacing the missing factor VIII or IX. They contain an activated form of a downstream clotting factor in the coagulation cascade. Activated factor VII (factor VIIa) can directly activate factor X, bypassing the need for factors VIII and IX.1,5,6

Another option is immune tolerance induction (ITI) by which large amounts of clotting factor are given every day for many weeks or months. ITI therapy requires specialised medical expertise, is costly, and may take a long time to work.

Low respondersare patients for whom the amount of inhibitor does not increase after factor is administered. They are usually able to use standard clotting factor treatment and may need to receive higher doses than standard doses or repeated doses.

Data suggest that recombinant FVIII factor products might be more immunogenic than plasma-derived products. However, no consensus has been reached so far.17

A large number of replacement factors, including plasma-derived proteins, recombinant proteins, and recombinant proteins with modifications to extend the half-life are now available. New molecules and approaches are under development to enhance the treatment and the quality of life of patients with haemophilia.