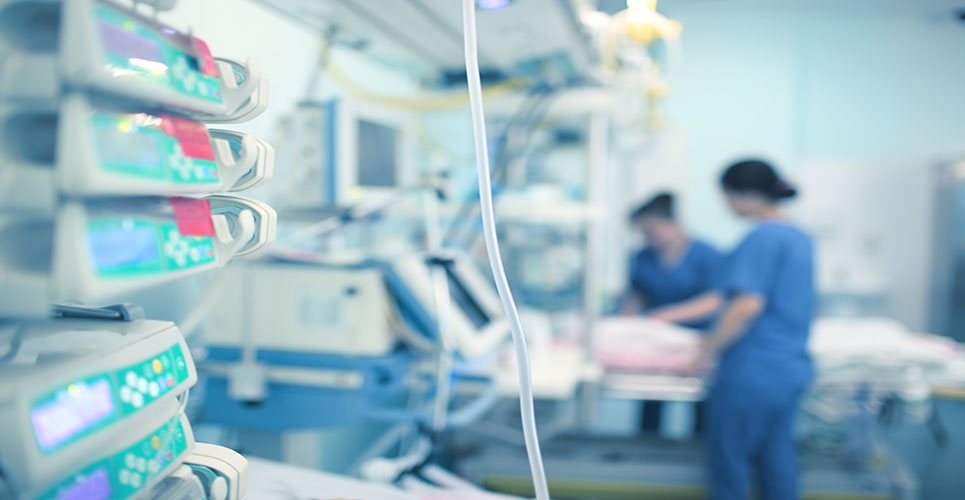 Critically ill patients with organ failure generally present with muscular impairment and are, thus, more susceptible to over- or underfeeding than normal individuals. Nutritional treatment, which is an important part of the general patient care, is of importance in both the short and the long term. Patients with ongoing inflammation treated at intensive care units (ICUs) lose on average 10% of their muscle protein store per week.(1) Although the protein catabolism observed in critically ill patients cannot be totally counteracted by nutritional intervention, the severity of the negative effects on muscle strength, immunological capacity and neurophysiological parameters can be attenuated. The outcome for an ICU patient depends not only on the underlying disease and age, but also on nutritional parameters and nutritional treatment.(2,3) Although emphasis has recently been on pharmaconutrients, it is becoming clear that the amount of nutrition given and the avoidance of negative side-effects such as hyperglycaemia and complications related to both metabolic and technical complications are also important.

Discussion
The nutritional support route, enteral or parenteral, alone or in combination, has been debated extensively. However, it is now obvious that the total nutritional need cannot always be supported through the enteral route, especially in critically ill patients. Moreover, there is a risk of overfeeding when parenteral nutrition is used. Critically ill patients with severe systemic inflammatory response syndrome (SIRS) often have a lower energy demand than what is measured by indirect calorimetry. This must be taken into account to prevent nutritional overload, which leads to increased metabolic stress. The gastrointestinal system, which is crucial for food processing, does not always function normally, especially in patients with severe conditions or with complications from surgery or surgical diseases. Although other organ systems are well monitored in ICU patients, it is difficult to reach the gastrointestinal system, especially in the case of gastrointestinal failure. Bedside signs such as increased distension, absence of bowel sounds and increased gastric losses are indicative of gastrointestinal failure. In these situations, intra-abdominal pressure and blood parameters, in combination with CT scan and ultrasound, also reflect the intra-abdominal condition. However, there is currently no measure of mucosal integrity and function that could be of clinical help. Impaired barrier function leads to translocation, sepsis and further aggravation of the inflammatory response and catabolism. The importance of gut feeding is now recognised.(4) This type of feeding has a positive effect on mucosal structure, by preventing translocation and promoting the immunological system, GALT (gut-associated lymphatic tissue), thus partially covering the total nutritional need.

The importance of metabolic control, particularly glucose control, has been highlighted in the past few years. Active treatment with insulin during the postoperative period in patients undergoing thoracic surgery leads to normal glucose values, with both postoperative morbidity and mortality being reduced.(5) As hyperglycaemia is avoided, negative side-effects such as infection, immunological impairment and fluid and electrolyte imbalances are limited, which probably contributes to the improved outcome.

Although there is significant evidence of the positive effects of growth factors (particularly growth hormone) in catabolic conditions in terms of protein metabolism and physiological parameters, a multicentre study including 500 patients reported increased mortality in ICU patients given growth hormone compared with the control group.(6) This study demonstrated that it is impossible to use growth factors in unselected ICU patients. If growth factors are ever to be used again in the treatment arsenal, it will probably be in subgroups of very well-defined nonseptic patients.

Glutamine, a nonessential amino acid, is conditionally essential in catabolic situations in which endogenous consumption increases endogenous production (mainly in skeletal muscle). Glutamine has properties that are especially important in the critical illness setting. Glutamine is an energy fuel for the small intestinal mucosa; it is consumed by rapidly dividing cells and is, therefore, also essential for immunocompetence.

Studies in which glutamine is supplied show positive effects of clear clinical significance in terms of intestinal function and immunological parameters. In ICU patients given glutamine, a reduction in mortality of 6 months is observed, probably because of improved immunocompetence and intestinal integrity.(7,8) A meta-analysis reported lower incidence of infections both in ICU and in elective surgical patients given glutamine.(9)

Immunonutrition (nutritional regimens containing substrates, arginine, polyunsaturated fatty acids, RNA and glutamine) could theoretically promote the immunological function and modulates the inflammatory response. This type of nutrition has been evaluated in ICU patients and in elective surgery. There is currently no strict consensus on indications for its use in ICU patients. In elective surgery, the use of immunonutrition has been reported to reduce infectious complications.

Recent studies, however, have reported a worsened clinical outcome when immunonutrition is given to subgroups of patients with pneumonia and sepsis.(10,11) It has been speculated that arginine, which promotes the synthesis of nitric oxide, may be harmful when given during acute SIRS, with ongoing cascade systems amplifying the inflammatory response.(12)

Conclusion
There is a consensus on the combined use of enteral and parenteral nutrition in ICU patients.(13,14) It is also clear that, in the critical illness setting, both under- and overfeeding put a burden on the patient, with increased morbidity and mortality being observed. Glucose control is important, with glutamine improving immunonutrition and immunocompetence, and promoting gastrointestinal function. However, no strict consensus exists on the role of immunonutrition in severely ill ICU patients. Successful feeding of ICU patients involves good routines and avoiding metabolic and technical complications.