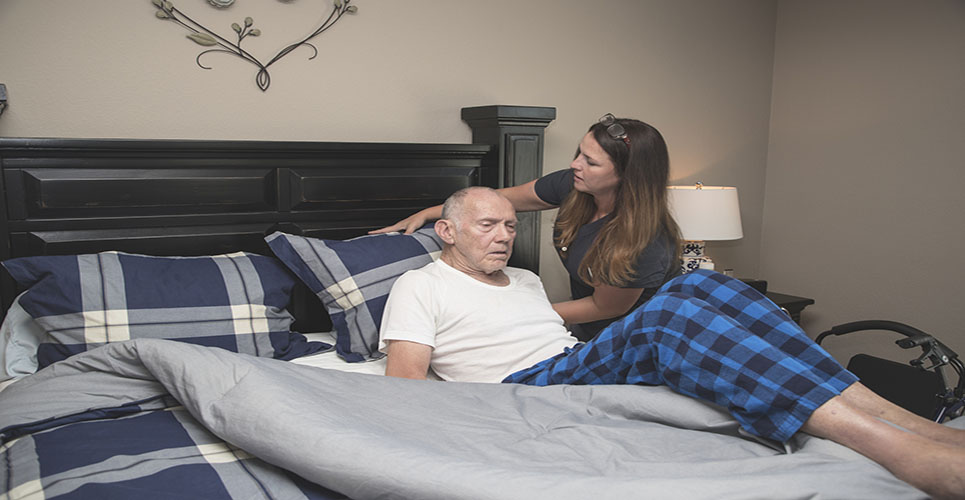 Nutrition in the critically ill patient

Critical illness presents with the classic response to stress, including hypermetabolism and increased catabolism, resulting in a negative energy and nitrogen balance. These harmful events initiate the immunological response, starting with the systemic inflammatory response syndrome, which, if not resolved, may lead to multiple organ dysfunction syndrome (MODS). Furthermore, patients who do not develop early MODS manifest a compensation anti-inflammatory response syndrome, which suppresses immunity and predisposes the patient to sepsis, thereby ­increasing the risk of late MODS and ultimately death. The use of specialised nutrition support, including enteral nutrition (EN) and parenteral nutrition (PN), has been initiated in an attempt to preserve muscle wasting and decrease catabolic response. Other implementations, including hypocaloric ­feeding and immune-enhancing agents, have also been investigated for their help in improving outcomes in the critically ill patient.

Research investigating decreasing caloric ­delivery (approximately 33–65% of ACCP recommendations) during the acute phase of illness or injury have reported less days of ventilation, fewer infections and decreased intensive care and hospital length of stay.(3–5) McCowen et al performed a prospective, randomised trial in 40 patients, comparing PN delivery of 25kcal/kg/day and 1.5g of protein/kg/day to hypocaloric PN delivery of a total of 1,000kcal and 70g of protein per day. Decreased rates of infections (29% vs 54%, p=0.11) and mortality (9% vs 16%) were reported in the group receiving hypocaloric nutrition.(4) While more prospective, randomised trials are necessary, the early results from these studies are intriguing.

Delivery of specialised nutrition support
The use of EN is the preferred method of ­nutrient delivery if the small intestine is functional and capable of absorption. EN over PN has been shown to decrease infections, particularly pneumonia, line infections and, in the trauma patient, abdominal abscesses. And while differences in mortality have not been shown between EN and PN, studies have reported reduced MODS and decreases in length of intensive care and hospital stay, leading to decreased hospital costs.(2,6,7)

No clear evidence has been established to answer the question why the use of EN appears beneficial versus PN, but theories have been postulated. A longheld theory, “bacterial translocation”, is that ­atrophy of the gastrointestinal (GI) tract resulting from disuse contributes to facilitating or permitting the translocation of enteric bacteria or their metabolic ­products into the circulation. Circulating bacteria may ­predispose the patient to infections and sepsis.(8)

A second theory has been postulated, ­proposing immunological communication between the GI tract and mucosal surfaces throughout the body via a common mucosal immunity. Failure to feed the GI tract results in alterations in the gut-­associated lymphoid tissue which, in turn, lead to changes in GI vascularity and decreased production of IgA. Ultimately, these changes result in an increase in the inflammatory response to secondary insults in the lungs, liver and GI tract.(9,10)

Concerning the use of PN, a number of studies and recommended guidelines support only using PN in the malnourished critically ill patient in whom EN is not possible.(2,11) In those patients for whom there is no evidence of protein-calorie malnutrition, the use of PN should be reserved and initiated only after the first 7–10 days.(2)

Gastric or postpyloric routes of delivery may be used for EN. In a systematic review of prospective, randomised clinical trials, the incidence of ­pneumonia, intensive care unit (ICU) length of stay and mortality were similar between both gastric and postpyloric routes of feeding. Gastric feeding was initiated significantly sooner due to the delay in achieving postpyloric intubations.(15) Small bowel ­feedings should be considered in the critically ill patient at risk for regurgitation and aspiration and in those patients at high risk for intolerance to EN.(11)

Tools to help decrease the critically ill patients risk for regurgitation and aspiration include ­raising the head of the bed to 45˚ when possible. A significant reduction in clinically suspected ­nosocomial ­pneumonia was reported by Drakulovic and colleagues when patients were placed in a semirecumbent position compared with patients in the supine position (8% vs 34%; 95% CI for ­difference 10.0–42.0, p=0.003). Furthermore, the highest frequency of nosocomial pneumonia was observed in patients receiving EN in the supine position.(16)

Immune-enhancing agents
Immune-enhancing diets (IED) are the combination of some or all of the nutrients, including glutamine, arginine, omega-3 fatty acids and nucleotides to nutritionally complete enteral formulas. A number of studies investigating the use of immune-enhancing EN in the critically ill patients (ie, trauma, thermally-injured and surgery) have reported fewer infections and decreased ventilatory days, as well as decreased ICU and hospital length of stay.(11,17,18) The United States Summit on Immune-Enhancing Enteral Therapy recommended that patients who should receive early enteral IED include moderately to severely malnourished patients undergoing upper GI tract surgery or severely malnourished patients undergoing lower GI surgery, and trauma patients with an injury severity score ≥18 or an Abdominal Trauma Index ≥20. The consensus panel believed other populations, including head injury (Glasgow Coma Scale <8), thermal injury (≥30%; third degree), ventilator-dependent (nonseptic medical and surgical patients) and selective elective surgery patients may benefit from an IED.(17) A follow-up article reviewing IED studies in the critically ill patient, published after the Summit further substantiated the original recommendations.(18)

However, controversy does exist regarding the use of IED. The Canadian Guidelines recommended that diets supplemented with arginine not be used for ­critically ill patients.(11) Additionally, others have stated that it is “inappropriate to recommend ­glutamine for therapeutic use in any condition” due to limited available data.(19) Unarguably, while many smaller studies are available, large, prospective randomised trials with IED would be helpful.

Conclusion
Delivery of specialised nutrition support in the
critically ill patient helps decrease nitrogen expenditure. Early initiation of EN significantly improves outcome in the critically ill patient. PN should be reserved for those patients considered protein-malnourished and unable to tolerate EN. IED may be considered but the patient’s clinical condition must first be assessed.