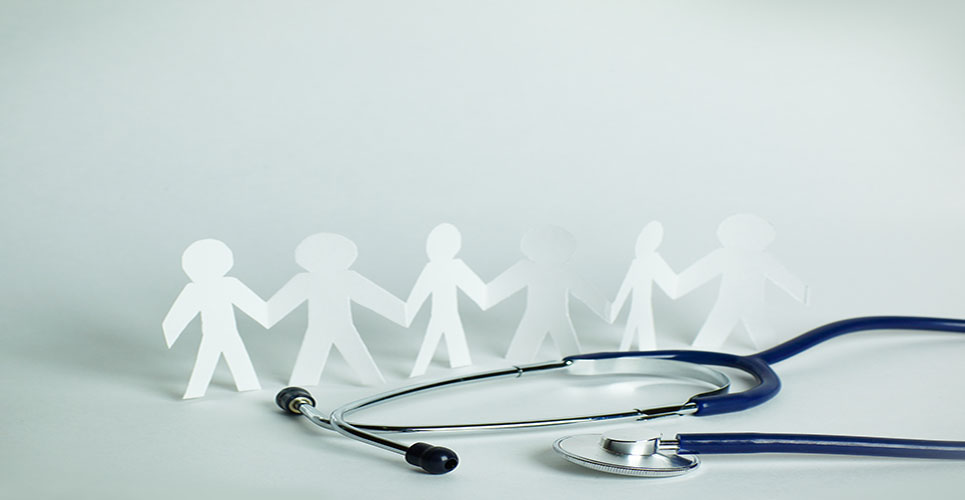 Defining the pharmacist’s role in the healthcare team

The theme of this year’s ESCP symposium was “Pharmacists in the Health-Care Team: Standards of Practice and Systems of Care”.

Definitions of pharmaceutical care
The pharmacist in the healthcare team has to exercise independent judgement and integrity and operate in the best public interest, according to Dr Dick Tromp (Flevowijk Pharmacy, Kampen, Netherlands). In the Netherlands, pharmaceutical care has been described as the care delivered by the pharmacy team for the individual patient, aimed at improving the quality of life. Regardless of the definition used, there was universal agreement that pharmaceutical care involved care for individual patients in pharmacies, he said. Furthermore, there was general agreement that, in practice, patients had a central role, and that finding the best treatments through a process of dialogue was critical. The process is designed to support drug treatment, and the pharmacist works to agreed protocols. It is understood that, once started, pharmaceutical care cannot be discontinued, and one of the expected outcomes is the continuity of this care. “Pharmaceutical care should add to the visibility of the pharmacist,” said Dr Tromp.

Systematic review of pharmaceutical services
In 2001, the Council of Europe recognised that pharmaceutical care was an essential element in the prevention and reduction of iatrogenic risks and recommended its systematic introduction, said Dr Martin Schulz (Head of the Centre for Drug Information and Pharmacy Practice, Berlin, Germany). However, wishes and reality do not always coincide, and one of the issues to have emerged is “pharmaceutical care light” or “diet pharmaceutical care”, he continued. This involves activities such as counselling and pharmaceutical care at the counter, but avoids more rigorous research endeavours.

For an overview of progress to date, Dr Schulz recommended a systematic review of the value of pharmaceutical professional services in the community setting, carried out at the University of South Australia (see Resources). This review of English language studies identified more than 70 randomised controlled trials and level 2 studies that monitored patient outcomes as endpoints. The authors of this review concluded that there was clear evidence for the effectiveness of pharmaceutical care and services concerned with continuity of care after discharge from hospital. Similarly, there was evidence of effectiveness of pharmacist educational programmes offered to consumers and to healthcare practitioners for improving patient outcomes and medication use. There was limited evidence for the effectiveness of pharmacist-managed clinics, reviews of repeat prescribing and participation in therapeutic decision-making. Evidence was lacking on the effectiveness of immunisation services, preadmission clinics, hospital-managed homecare services and screening programmes, explained Dr Schulz.

Although a number of tools and approaches, including standards documents and training programmes, have been developed in several European countries, implementation of pharmaceutical care is still largely a “black hole”, he said. The introduction of disease management services, such as the programme developed in Portugal for diabetes, is the way forward, he suggested. A pilot study examining the impact of disease state management programmes in asthma, diabetes and hypertension has shown improvements in clinical outcomes. In 2003, on the basis of these results, the Portuguese Pharmaceutical Association demanded remuneration for pharmaceutical care to patients with diabetes. An agreement was reached in which 75% of a monthly fee is paid by the Health Ministry and 25% by the patient (this is equivalent to the fee that patients are currently paying for blood tests). Dr Schulz also noted that several countries were making arrangements to pay pharmacists for maintaining medication profiles and for carrying out medication reviews (eg, in Australia, there is a fee of €66.5 per review).

In the discussion that followed Dr Schulz’s presentation, a Canadian pharmacist said that the pharmacist should be an “interventionist” and not a passive provider of information. Although remuneration is available in Canada, the real key issue is self-confidence: it has taken 20 years before pharmacists in Canada claimed remuneration for these services, he explained. Dr Schulz said that he favoured a care culture rather than a medicines culture: “I want to do something about the ‘white coat ceremonies’ from day one of pharmacists’ education,” he said. “Pharmacists should start to make interventions instead of counselling,” he continued. “You have to take responsibility for your decisions and interventions: this is one of the [weakest] aspects of the pharmacy professional,” he added.

Integrated care
One of the guiding principles of integrated care is taking patients’ preferences into account when setting the goals of therapy. “If I listen to a patient’s most important concern and tackle it, I will establish a relationship for life,” said Brian Isetts (Associate Professor, Department of Pharmaceutical Care and Health Systems, Peters Institute of Pharmaceutical Care, University of Minnesota, USA). Integrated care involves shifting from a hierarchical model, where the physician is in charge, to a “guiding” model, in which the healthcare professionals work in partnership with the patients, explained Professor Isetts.

There are connections between pharmaceutical care and integrated care, but the latter takes a broader, holistic approach, said Professor Isetts (see Table 1).

The major element of a successful integrated care programme is the existence of a common patient care process that is recognised by everyone. For pharmacists, this involves the establishment of a therapeutic relationship, checking of medication, identification and resolution of drug-related problems, and ongoing monitoring of drug treatment. Like the medical examination and history-taking process, this should be recognised worldwide, he said. It should also be possible to describe the service concisely without criticising implicitly the contributions made by other healthcare professions.

Pharmacists should assume responsibility for all the drug-related needs of a patient. Although many pharmacy services have started by focusing on specific disease aspects, such as asthma or diabetes treatments, it is now time to “fill in the gaps” and provide a complete service, Professor Isetts suggested. The clinical services need to be underpinned by effective management systems, mechanisms for communication with primary care providers, marketing plans, practice plans and arrangements for payment.

A key aspect of the integration of pharmacy services is “selling” the service to physicians. Feedback to improve services and ensure continuity of care between hospital and communities is also an essential element of the service, he added.

Overspecialisation in a single disease or drug and lack of input from patients and providers are barriers to the successful integration of pharmacy services. Unrealistic expectations and ineffective communications are also potential barriers.

Professor Isetts described how a study to assess the quality of therapeutic determinations made by pharmacists demonstrated that physicians agreed with 94% of all the decisions made by pharmacists. Furthermore, clinical pharmacy services resulted in goals of therapy being achieved 15–20% more often. The Minnesota project database now holds records of more than 60,000 encounters, showing that each patient has on average 2.3 drug therapy problems, and that the three most common problems are: a need for additional drug treatment, too low dosage and noncompliance. Pharmaceutical care is associated with improvements in quality of life. Moreover, improved benefit-to-cost ratios in healthcare are observed, said Professor Isetts. One project on diabetes mellitus showed that the number of sick days taken by employees fell by 50% and, for every dollar spent on the service by the employer, a saving of $2 was being made.

Stephen Hudson (Professor of Pharmaceutical Care, University of Strathclyde, Glasgow, UK) described an integrated care project based on 500 patients with type 2 diabetes mellitus. The original study assessed adherence to treatment guidelines for the secondary prevention of coronary heart disease. Contrary to expectations, the overall level of adherence was only 59%. Aspirin was prescribed to only  77% of eligible patients, and although a statin had been prescribed for 85% of the patients, only 70% received an effective dose. Less than 50% received glyceryl trinitrate, angiotensin-converting enzyme inhibitors or effective antihypertensive treatment. A randomised, controlled study was designed to examine the impact of pharmaceutical care delivered in community pharmacies on adherence to treatment guidelines for secondary prevention of coronary heart disease. A group of 345 patients with coronary heart disease has been recruited, and analysis of the results is now being carried out.

Clinical practice guidelines
Clinical practice guidelines (CPGs) have been defined by the Institute of Medicine as “systematically developed statements to assist practitioner and patient decisions about appropriate healthcare for specific clinical conditions”, said Dr Marta Aymerich (Catalan Agency for Health Technology Assessment and Research, Barcelona, Spain). In practice, it could take between nine months and two years to develop a CPG. A CPG could be redeveloped or adapted from existing guidelines, if these were of sufficient quality, she said. The first step is to define precisely the aspect of practice for which a guideline is required. The next stage is a systematic search for evidence, and existing guidelines are likely to be identified during this process. The best database for CPGs is the National Guideline Clearinghouse (see Resources), as only data meeting strict methodological criteria are included. Guidelines are compared for content, target population and interventions, and updated if necessary. They should also undergo rigorous review and testing before release. The ultimate test of a CPG is whether or not it contributes to the achievement of higher standards of care, said Dr Aymerich.

Masterclass in paediatrics
Specialist paediatric pharmacists from all over Europe attended a one-day masterclass on pain and sedation in children. Tony Nunn (Royal Liverpool Children’s Hospital, UK) and André Rieutord (Robert Debré Children’s Hospital, Paris, France) organised the programme, which included “Better Medicines for Children” regulations (incentives similar to those offered in the USA for pharmaceutical companies to develop and license medicines for children). Workshop topics included neonatal drug withdrawal syndrome and pain and sedation in specialised areas, such as burns and paediatric intensive care. During the workshop, participants worked together to compile a priority list of medicines for development in Europe, which has now been passed on to the European Medicines Evaluation Agency.

Resources
The Value of Pharmacist Professional Services in the Community Setting: A systematic review of the literature 1990–2002
W:www.guild.org.au/public/researchdocs/reportvalueservice.pdf
National Guideline Clearinghouse
W:www.guideline.gov