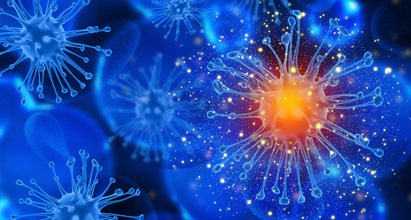 A guide to adrenocortical carcinoma management

Adrenocortical carcinoma is rare, can occur at any age, and is slightly more common in women. Patients can present with signs of steroid excess if the tumour is functional, and mass effect if the lesion is sufficiently large or invasive. Functional tumours may produce corticosteroids, androgens, oestrogens, or mineralocorticoids. Most patients with this disease present with a large mass and with late-stage disease. Abdominal computed tomography (CT) and magnetic resonance imaging (MRI) are useful for the evaluation of primary disease, local invasion, lymph node involvement, and metastatic disease to the liver and peritoneal cavity. The most effective treatment, and the only potentially curative treatment for adrenocortical carcinoma, is complete resection. Early stage and complete resection are the two clinical factors that predict long-term survival. Mitotane is the chemotherapeutic agent most often used to treat adrenocortical carcinoma. Its efficacy in prolonging survival is limited. Local recurrence and metastatic disease are common even for patients who undergo complete resection. Patients who develop local recurrence or metastatic disease should be evaluated for repeat resection. Long-term survival is possible in patients who can undergo complete repeat resection.

Incidence and demographics
Adrenocortical carcinoma is a rare tumour with an annual incidence of between 0.5 and 2 cases per million.(1) This is in contrast to the incidence of adrenal adenomas, which is found in approximately 2% of autopsies. Adrenocortical carcinomas occur in the young, middle aged and elderly. In a meta-analysis of 1,891 patients from 87 series, there was a slight female preponderance (4:3), and the incidence of functional lesions was 59%.(2)

Aetiology
The aetiology of adrenocortical carcinoma is as yet unknown. It has been suggested that there is a sequential progression from hyperplasia, adenoma, and then to carcinoma. Multiple cytogenetic changes and mutations in tumour suppressor genes have been implicated, but need further study.

Classification and staging
Adrenocortical carcinomas are classified as either functional or nonfunctional. Patients may develop symptoms from excess steroidogenesis. Corticosteroid, androgen and oestrogen excess are more common than mineralocorticoid excess. Adrenocortical carcinoma is based on the original staging system first popularised by MacFarlane.(3) Stage I disease is tumour <5cm without local invasion and without nodal or distant metastases. Stage II disease is the same, except the tumour is >5cm. Stage III disease is associated with local invasion or positive lymph nodes. Stage IV disease is associated with local invasion and positive lymph nodes or distant disease. Patients rarely present with stage I disease.

Extent of disease
Metastatic disease is common in adrenocortical carcinoma. The common sites of metastatic disease include the liver, lungs, omentum/peritoneum, bones, and lymph nodes. A careful history, physical examination, and chest X-ray or CT in combination with the cross-sectional imaging modality of the abdomen and pelvis used to evaluate the adrenal mass, is often sufficient to stage a patient with adrenocortical carcinoma. Further work-up should be tailored to the patient’s symptoms.

Treatment
The most effective treatment for adrenocortical carcinoma is complete resection. Surgery remains the only potentially curative treatment for this disease. Depending on the size of the lesions and the structures involved, they may be resected via a subcostal incision, a midline incision, or even a thoracoabdominal approach for larger lesions involving the vena cava. Patients with tumours producing corticosteroids may have suppression of the contralateral gland. Careful attention must be given to corticosteroid coverage and replacement. Patients who undergo total adrenal ablation also require mineralocorticoid replacement.

The chemotherapeutic agent most used to treat adrenocortical carcinoma is mitotane. This agent was developed initially as an insecticide but was found to have activity in the adrenal cortex yielding necrosis. In general, a survival benefit with the use of mitotane is difficult to demonstrate in both primary and adjuvant settings. There has been a report demonstrating a significant increase in survival in patients treated with high doses of mitotane.(5) However, significant toxicity is associated with mitotane therapy. Almost all patients experience gastrointestinal symptoms consisting of nausea and anorexia. Neuromuscular toxicity, including lethargy, dizziness, somnolence, and depression, occurs in 40–60% of patients under treatment. Therapy often interferes with normal work or leisure activities. Adrenal insufficiency is almost universal and steroid replacement is often used.

Other chemotherapeutic agents have been evaluated but have been found to be even less efficacious. Cisplatin, etoposide and suramin show some activity in this disease and are sometimes used in patients who have failed mitotane therapy. Several medications besides mitotane are also used to treat the symptoms caused by hormonal excess. Ketoconazole, aminoglutethimide and metyrapone have been used to control the symptoms of glucocorticoid excess. Spironolactone, a competitive inhibitor for the aldosterone receptor, is used to control the symptoms of mineralocorticoid excess.

Radiotherapy is of very limited benefit in adrenocortical carcinoma. It does not prolong survival, but does appear to provide significant palliation for pain from bone metastases.

Survival
The prognosis for patients with untreated adrenocortical carcinoma is very poor. In multiple large series,(4,6–9) the overall five-year survival in treated patients with adrenocortical carcinoma ranges from 16% to 37%. These series consist of patients who were treated with surgery and/or medical therapy, most often consisting of mitotane. In these series, if the patients underwent a complete resection of all evident tumour, the five-year survival ranged from 38% to 62%. If the patients did not undergo complete resection, the five-year survival ranged from 0% to 9%. These studies have identified early stage at presentation and curative resection as clinical factors of prognostic significance.