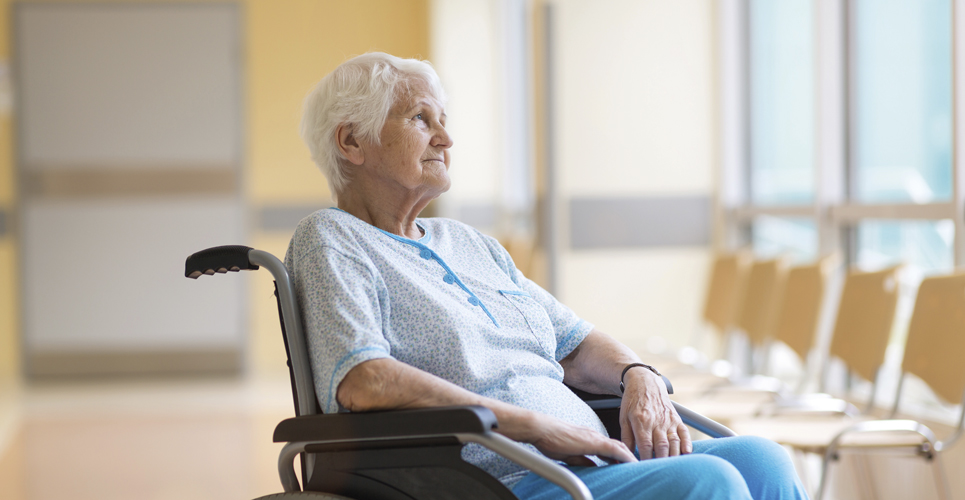 The timely administration of medicines to Parkinson’s patients can be compromised within the busy inpatient ward environment. Using ePrescribing can help address this through the intelligent use of administration data

Parkinson’s is a progressive neurological disease caused by the loss of neurones within the substantia nigra and having an increasingly debilitating impact on motor control throughout the course of the condition. The prevalence of Parkinson’s is estimated at 1 in 350–500 adults being affected, with an estimated 145,519 people living with the condition in the UK in 2018.1,2

Recent figures from Parkinson’s UK report that within NHS Scotland in 2015–16, patients with Parkinson accounted for:

The condition is incurable and management is aimed at preserving quality of life through supportive care, usually delivered in the community setting.

From a pharmacological perspective, treatment aims to manage the symptoms of declining dopamine production within the substantia nigra by use of dopaminergic agents to supplement remaining dopamine production. Use of these medicines in this patient group can be complicated and consists of individually tailored and frequently adjusted treatment schedules to try to minimise tremor and maintain normal motor function whilst avoiding medication side effects. Disruption in a patient’s usual treatment regimen can lead to ‘off’ periods where motor function becomes compromised, where previously their symptoms may have been well controlled. Serious complications can occur as a result, including acute akinesia and, in some severe cases, neuroleptic malignancy syndrome. Such complications are distressing to the patient, lead to an increased clinical burden for the care provider and potentially increased length of hospital stay.4

Within the acute hospital environment, the patient-specific and non-standard timings of administration for Parkinson’s medicines can be difficult to cater for within the busy ward environment and routine medicine administration rounds. As a result, hospitalised patients with Parkinson’s often fail to receive their medication on time or, in some cases, fail to receive it at all.6

The presence of hospital ePrescribing within NHS Ayrshire & Arran, and the data that this makes available, has provided a level of insight into the inpatient administration of medicines that was previously impossible with paper records. Locally developed monitoring tools use this information across all inpatient wards in NHS Ayrshire & Arran to provide an overview of the timeliness of administration of these medicines across inpatient areas within the organisation.

Using this overview, joint working by the NHS Ayrshire & Arran pharmacy ePrescribing and Parkinson’s nurse specialist teams, has been able to deliver targeted training to nursing staff across the organisation since 2014. These training sessions are delivered to areas identified as having suboptimal administration of Parkinson’s medicines (in terms of timeliness of administration) and work to emphasise the importance of prompt administration. Further support is provided as appropriate through the provision of pill timers and alarms by the Parkinson’s team. The same monitoring tools are then used to evaluate the effectiveness of training and determine where follow up training or refresher training sessions are indicated.

Despite the relative successes of these efforts, ongoing monitoring showed that the timely administration of medicines to Parkinson’s patients remained a challenge in the inpatient hospital setting.

The continuing issue of timely administration of Parkinson’s medication within inpatient areas, despite significant training efforts, led to discussions around other potential methods of improvement.

Some success had been noted by the specialist Parkinson’s nurses in the use of manual pill timers and alarms by nursing staff as practical reminders of medication due. In response to this, it was thought that ePrescribing data could perhaps be used in the ward setting in a more proactive, dynamic way to support ward staff through intelligent reminders working in a similar fashion to conventional timers. This led to the idea to use data held within the ePrescribing system to drive the display of various status icons on the ward electronic whiteboards to provide nursing staff with relevant and timely prompts on the administration of Parkinson’s medications. Importantly, this development needed to be done through the use of existing resources without adding to the workload of already hard pressed ward staff.

Working collaboratively, the NHS Ayrshire & Arran ePrescribing team and eHealth department developed a link between the ePrescribing and local electronic whiteboard systems in order to transfer key prospective medicines administration information on any patient’s prescribed Parkinson’s medicine in as close to real time as possible for display on the whiteboard.

With this work, it became possible for icons highlighting the administration status of Parkinson’s medicines (defined as those medicines within BNF Legacy chapter coding – 4.9) to be displayed and automatically updated on the ward electronic whiteboard. These icons present on-screen alongside any inpatients’ prescribed medicines for Parkinson’s and update on a near continuous basis without the need for any input by nursing staff (Figure 1 provides details of the icons displayed).

It was hoped that this improved visibility for which inpatients are prescribed Parkinson’s medications and, further, when these medicines become due for administration would assist nursing staff in easily identifying and responding to the treatment needs of this patient group.

Trialling and evaluating the change

To trial the impact of the change, the tool was implemented within a pilot inpatient ward for a suitable period of evaluation.

In order to select a suitable ward to pilot this tool, ePrescribing medicines administration data were again used by the Parkinson’s nurse specialist team to identify a suitable ward. This was achieved through a review of usage of Parkinson’s medicines across the entire NHS Ayrshire & Arran Hospital inpatient estate to identify areas of relatively high use of Parkinson’s medication (and, by extension, relatively high prevalence of inpatients with Parkinson’s). Usage in this context was determined through the analysis of the number of inpatient administrations of dopaminergic medicines by ward.

This process identified a suitable Care of the Elderly unit and following discussion and agreement of the ward’s charge nurse, the change was introduced to the ward’s electronic whiteboard on 1 October 2018 (1/10/2018).

To measure the initial impact of the whiteboard change, ePrescribing data administration was extracted to first assess a six-week period before and after implementation. The data obtained were used to observe any variance in the time difference between the scheduled and actual time of administrations for Parkinson’s medicines. This analysis was repeated with an expanded dataset after six months use to establish whether any effects of the tool were maintained beyond the initial evaluation period.

Review of the administration data spanning the initial 12-week period showed a clear improvement in the proportion of administrations of Parkinson’s medicines that took place on time (that is, within the ‘on time’ category; Figure 2) when comparing results before and after the change.

The proportion of administrations occurring on time in the periods before and after implementation improved by approximately 147%.

More detailed review of the administration data for this period also demonstrated a wider improvement in timeliness of administration, with both average and median time differences between scheduled and administered time of these medicines showing reductions post intervention (Table 1).

Interestingly, these observed improvements occurred during a period of increasing numbers of administrations of Parkinson’s medicines due to changes in the ward’s inpatient population and associated increased usage of dopaminergic medicines.

The results from the extended period’s dataset used ePrescribing data on administrations of Parkinson’s medicines running from six months pre-implementation to six months after implementation.

Results for this dataset (Table 2; Figures 2 and 3) indicate that the improvements in the proportion of Parkinson’s medicines given ‘on time’, as well as reductions in both average and median time difference between scheduled and actual time of administration were maintained. Analysis of this expanded dataset also confirmed that the improvements observed were statistically significant (p<0.05).

Results over this extended period demonstrate that the implementation of the tool had a maintained, statistically significant, positive, impact on the timely administration of Parkinson’s medicines in the pilot ward (p<0.05).

The results following the introduction of the Parkinson’s electronic whiteboard tool demonstrated a markedly positive effect during both initial and extended periods of evaluation, with the proportion of patients receiving their Parkinson’s medicines on time, thereby showing a clear and maintained improvement.

This improvement was reflected in the wider dataset, with improvements in both average and median time differences (between scheduled and actual administration time) observed over the initial evaluation period. Furthermore, the fact that the demonstrated effectiveness of the tool during the initial period of evaluation was observed on a background of an increase of 130% of the number of administrations post-implementation is particularly encouraging.

When looking at the results from the extended period of evaluation, interestingly a modest improvement could be observed in mid-April 2018 (Figures 2 and 3). This correlates with a period of intense education on the ward delivered by the specialist Parkinson’s nurses, which showed a good, but not sustained, impact (compared with implementation of the whiteboard tool in October 2018).

Given the importance of patients with Parkinson’s receiving their medicines on time and at the time that best suits their own personal medication schedule, we believe this tool will have a positive impact on their disease control while they are an inpatient.

Looking to the future, further evaluation and continued surveillance of the timeliness of administration of Parkinson’s medicines is merited to ensure that these improvements are reproduced in different ward environments as this tool is rolled out across NHS Ayrshire & Arran’s inpatient wards.

Be in the know
Subscribe to Hospital Pharmacy Europe newsletter and magazine
Subscribe
Share this story:
RELATED ARTICLES
Examining the impact of COVID-19 on hospital provision in rheumatology
The Mediator saga
Promising combination treatment gives additional hope to patients with the most aggressive form of skin cancer
Expert view: Why are allergies on the rise?
Future prospects with cell therapies