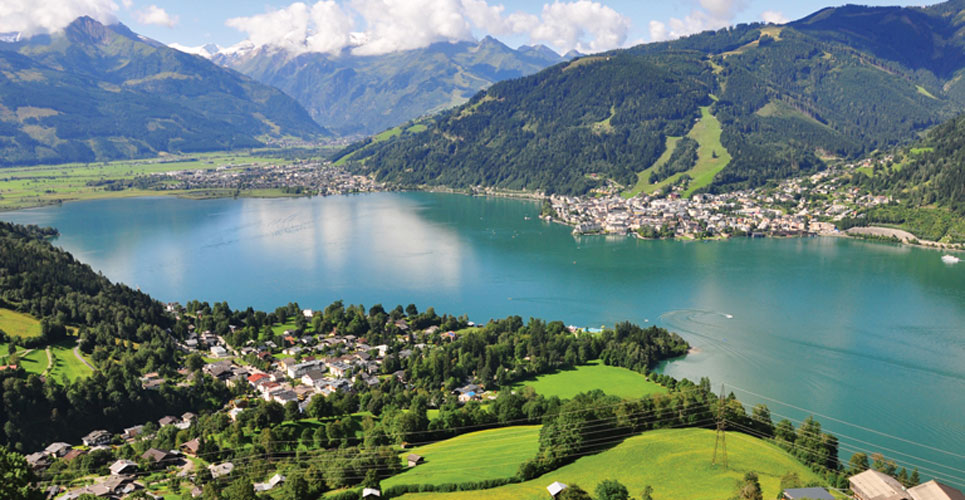 Clinical pharmacy services (CPS) are rare in Austria, with only 15.8% of all hospitals having a dedicated pharmacy department, and even fewer offering CPS. Many countries have demonstrated that CPS in hospitals enhance patient safety and provide cost efficiencies

To determine which types of clinical pharmacy interventions are needed at a small rural 360-bed hospital in Austria, and to assess the physicians’ acceptance rate of the pharmacists’ suggestions.

During the six-month period, 255 clinical pharmacy interventions were made. In a subset of 159 patients, 95 met the criteria for medication review which resulted in 140 interventions being made. Clinical pharmacy input was needed by 59.8% (98/159) of patients, requiring on average 1.5 interventions per patient. Acceptance rate was 59.6% (152/255), a change was considered by the physician involved, but not immediately followed through with in 40.0% (102/255). Average score for clinical significance intervention rating was 2.18. Inter-rater reliability (IRR) agreement was ‘good’ between the four consultants, and the four consultants with the pharmacist, respectively.

Clinical pharmacy services (CPS) have evolved greatly in recent years. In some countries they are normal practice, whereas in many, they do not exist. In Austria, only 15.8%1 of all hospitals have a pharmacy department, with only a few regularly providing CPS. In terms of numbers there is one hospital pharmacist per 300 patients.2 Stereotypical and traditional role models for both medical and pharmacy staff make it difficult to widen the scope of CPS. Medical staff are beginning to recognise the worth of clinical pharmacists and although it is well recognised that clinical pharmacists have a positive impact on patient care and are positively received by both medical and nursing staff,3–9 more needs to be done in Austria in order to change stakeholders’ perspectives and to inform policy to deliver necessary legislative changes. Compared with the UK, pharmacists in Austria have not been deployed to a level commensurate with their education and training; for example, they cannot run clinics, or work in general practice surgeries to perform medication use reviews10 and further training to become an independent non-medical prescriber is still not available. This is in an environment in which both hospital doctors and GPs frequently complain about their immense workload,11 a situation that could be alleviated by maximising the use of clinical pharmacists.

This study aims to demonstrate the need for CPS in hospitals across Austria, the acceptance rate of clinical pharmacy interventions by physicians and the impact on inpatient safety by having a clinical pharmacist supporting the ward team.

This clinical service evaluation pilot study was undertaken at Tauernklinikum in Zell am See, Austria – a rural 360-bed clinic in the federal state of Salzburg. The clinical pharmacy interventions took place on the medical ward (72 beds), involving polypharmacy patients (with five or more prescribed medical preparations) who were chosen randomly by the clinical pharmacist. Randomisation on ward rounds took place, choosing the patient rooms first according to ward round groups and then performing medication reviews. The pharmacist requested a call as to when the ward round would start and would then come and join – so not all patients in the chosen rooms would be seen, depending on time available. Randomisation for remote (not attending the ward round physically) medical review was undertaken in a similar fashion. This would facilitate reaching the patients’ physicians. Instead of joining the ward round, the pharmacist made suggestions on the phone or wrote notes in the patients’ electronic Kardex systems.

The number of patients reviewed for medication correctness was recorded on each day that clinical pharmacy interventions took place. Out of those interventions, the pharmacist recorded which patient records were relevant to review and the number of interventions made on that date. Non-polypharmacy patients were not included, and review did not take place when, on initial screening, no medication-related problems were found.

The clinical pharmacy interventions were rated by the pharmacist on a 6-point significance scale (Hatoum14). A number of the interventions were randomly chosen (those having a high variety of ATC-codes and different types of interventions) and additionally rated by four medical consultants. Each rating was carried out separately and without sharing the scores of their colleagues to minimise bias. The ratings were then evaluated, and a mean calculated for each coder, respectively.

A two-way model inter-rater reliability (IRR) analysis was performed for the four different consultant assessments using SPSS to determine intra-class correlation (ICC). This was then correlated with the pharmacist’s rating to decide whether it could be extrapolated to all 255 pharmacists’ intervention ratings. Common cutoff values based on ICC ratings between 0.75 and 1.0 were deemed excellent; good, between 0.60 and 0.74; fair for values between 0.40 and 0.59; and poor for values less than 0.40.15

Impact of COVID-19 on methods

Due to the impact of COVID-19 and the increasing daily workload in the hospital, the data that could be collected was reduced. Due to patient isolation, the pharmacist was restricted to pharmaceutical medication review remotely and not in person on the ward rounds. This resulted in less doctor–pharmacist and nurse–pharmacist interaction.

The data from this small-scale service evaluation study was collected as a part of the researcher’s day-to-day job as a newly employed clinical pharmacist. It is only an early analysis of her work at Tauernklinikum, Zell am See and serves as a pilot study. For this reason, ethical approval was not required.

The total number of patients was not recorded for the complete set of 255 interventions. However, a subset of 159 patients was further reviewed and it was determined that 95 met the criteria (polypharmacy, age, high-risk drugs). There were 140 interventions made in these 95 patients. It could therefore be hypothesised that 59.8% (98/159) of the patients in the medical ward need clinical pharmacy input, requiring on average 1.5 interventions per patient.

Of all interventions undertaken, prompt acceptance rate by the physicians involved was 59.6% (152/255). In 39.2% (100/255) of all cases a change was considered by the physician, but in the course of this pilot study it was not followed up further by the pharmacist as to whether the intervention led to a change subsequently (Figure 1) due to a lack of resources and time. None of the suggested clinical pharmacy interventions were declined. In some cases, a discussion between the pharmacist and the ward round physician led to a different change than the pharmacist had initially suggested, which was then classified as “intervention considered by physician”.

When those numbers were correlated with the pharmacist’s scores, ICC for consistency was 0.660 and 0.622 for absolute agreement, thus both can be considered as “good”.15

Figure 5 depicts the potential for cost reduction associated with the recommended pharmaceutical changes, namely with medication being stopped (84/255; 32.8%), a dose reduction (73/255; 28.9%) and the remaining 98/255 (38.3%) of interventions not yielding cost reductions.

Research across Europe and the UK has shown that acceptance rates for clinical pharmacy interventions vary widely.16–21 Around 59.8% (98/159) of the sample of patients at Tauernklinikum Zell am See need clinical pharmaceutical interventions, thus it is apparent that more patients require medicines reconciliation and medicines review. Due to staffing constraints this is an issue in most Austrian hospitals. The clinical pharmacist is a missing link in the multidisciplinary ward team, for optimising medicine use, reducing adverse drug reactions and improving patient safety. The Chief Executive of the Society of Hospital Pharmacists of Australia stated in 2018 that the maximum number of patients that one hospital pharmacist should have as a case load is 30.22 For a 360-bed hospital, as in this study, this equates to 12 full-time clinical pharmacists but, in fact, there are only 0.7 WTE.

Non-compliance with guidelines was the main intervention type. The interventions related to expanding the scope of the individual patient treatment, unfamiliarity with guidelines and failing to dose modify in organ dysfunction. The second largest category was inappropriate drug administration.

The third category was DRP with missing specific information or lack of patient counselling. Consultants and registrars were open to, and accepting of, DRP discussions with the pharmacist. This underpins the statement work undertaken in  Northern Ireland that concludes that the pharmacist has a complementary role in the ward multidisciplinary team.23

The suggested pharmaceutical intervention led to an immediate change in 59.6% (152/255). If the interventions, which were only recorded as “considered”, also led to a prompt change in prescribed medication, then an even higher number of pharmaceutical interventions would be directly accepted by the ward round physician. This strongly implies that clinical pharmacist input is an essential part of multidisciplinary ward teams, resulting in more holistic patient therapy. The physician can incorporate other professional opinions into their overall patient care plan, that is, not purely from the medical viewpoint with all the attendant benefits. The physician is then also able to include pharmaceutical thinking, psychological considerations, physiotherapist views etc, into their patient care. Numerous studies have shown that working in such an interdisciplinary manner can greatly improve patient care.4–9

Some rating differences could be explained by considering the different educational backgrounds of the four medical raters and the clinical pharmacist. The medical consultants rated interventions concerning QT-interval prolonging drugs and potential interactions thereof significantly higher (2 points) than the pharmacist. On subsequent individual discussions, they all stated that they have previously encountered problems in this field, leading to major adverse drug reactions, some of which had been fatal. They reported that cross-professional training for this particular subject would be desirable. They have experienced serious adverse events entailing this before and have become risk averse in this area.

The pharmacist, on the other hand, rated interventions where drug doses had not been adjusted according to kidney and liver function significantly higher than the clinicians; physicians did not rate this as a major problem. Based on experience, they reported being able to push the limits of certain medications. Keeping the blood pressure low is the most important concern for patients needing dialysis, they stated.

Discrepancies between clinicians and pharmacists were due to different educational backgrounds and different levels of medical ward hospital experience. Rating these patient cases was instructive for both parties. Not only can the pharmacist learn from the physicians’ clinical experiences but also identify needs to support them further and enable more balanced medical decisions. As clinical pharmacy in Austria is not very well developed in rural areas and still in its adaptation phase, these issues need to be addressed carefully and actions taken thoroughly and proficiently to allow for development of trust among the different professions.

Clinical pharmacy work on the wards not only improves patient care but can also lead to cost reductions in medicines expenditure.24

Even though this study was only carried out on a very small scale, it has successfully demonstrated that there is great potential and a definite need for the development and increase of CPS in Austria.

One of the main reasons why CPS are so underdeveloped in Austria is due to a very drug-oriented- centred curriculum in the pharmacy degree with very little focus on patient-centric pharmacotherapy.25 Many clinical pharmacists in Austria have self-educated or obtained an additional clinical degree from overseas.2 Another reason CPS are underdeveloped in Austria is that there was no funding for such services via the insurance systems. However, this has now been remedied and CPS remunerated.26 This is revolutionary for CPS in Austria as revenue can be generated from the CPS that has been provided. This change now means that there is leverage regarding stakeholders to employ more clinical pharmacists and encourage medical staff to request CPS. Many countries have demonstrated the benefits of CPS in hospitals over the past 30 years or more. This research has done that, and proposed further work will demonstrate that CPS is also essential in Austria.

SG would like to thank consultant physicians Petra Gebetsberger, Helene Achrainer, Michael Fritz and Ernst Edlinger for their help in rating her clinical pharmacy interventions for significance. She would also like to thank René Wenzel, head of the medical ward and Prof Rudolph Pointner, medical director at the Tauernklinikum, Zell am See for allowing her to work on the medical ward and collect data on clinical pharmacy interventions.