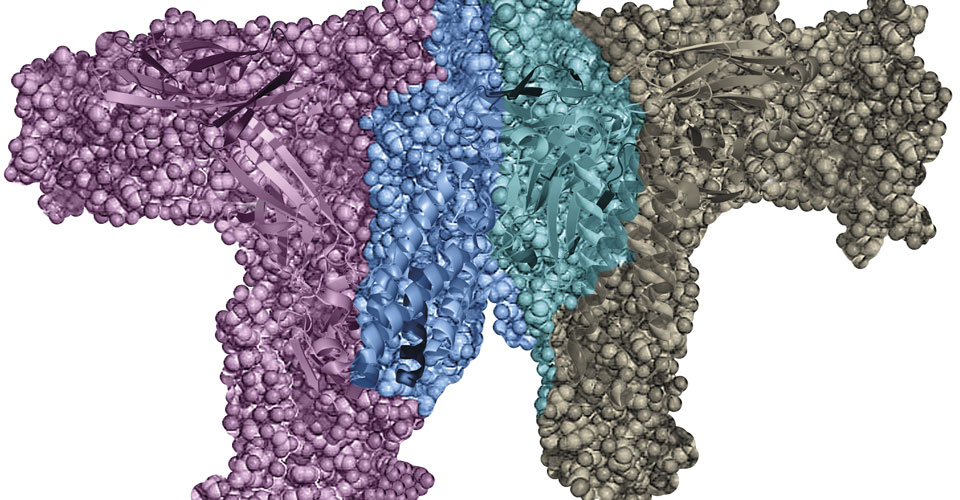 Interleukins in moderate to severe psoriasis

It is widely recognised that psoriasis is more than just a skin condition and is best described as a systemic, immune-mediated disease that causes chronic inflammatory changes in the skin. It is estimated to affect between 2% and 4% of the population in Westernised countries and the prevalence is greater in areas further north and south of the equator.1

Although originally considered to be primarily due to a disorder of keratinocytes, its successful treatment with immune-suppressive drugs such as ciclosporin led to a suggestion that psoriasis is an immune-mediated disorder. It is now acknowledged that psoriasis results from a complex interplay between genetics, environmental factors and the host’s immune system. This interaction ultimately results in the proliferation of abnormal keratinocytes in the skin and the formation of the characteristic silvery, white plaques of psoriasis seen on extensor surfaces such as the elbows and knees.

Over the last 15 years, the introduction of biologic drugs has revolutionised the management of patients with moderate to severe psoriasis. These drugs target various immune-related cytokines and in recent years, attention has focused on two particular cytokines: interleukin 23 (IL-23) and interleukin 17 (IL-17). These appear to play a pivotal role in the development of the disease and much effort has been placed on the development of drugs that specifically target them.

The latest biologic drug to receive regulatory approval is tildrakizumab, which targets IL-23.

The role of cytokines in psoriasis

Cytokines have an important role linking the innate and adaptive immune systems. In response to pathogens, innate immune cells (that is, activated antigen presenting cells such as dendritic cells and macrophages) secrete cytokines that then instruct naïve T cells to differentiate into various sub-types that kill the invading pathogens. IL-12 is a family of four members (IL-12, IL-23, IL-27 and IL-35) that is also involved in regulation of several pathways related to proper immune system functioning. For example, IL-12 instructs naïve T cells to change into T1 helper cells (Th 1), which then fight infections. IL-12 also has a role in inflammatory diseases and levels are increased (as are Th 1 cells) in rheumatoid arthritis and various autoimmune diseases such as multiple sclerosis.

IL-23 was discovered in 2000 and likewise appears to have an important role in inflammatory diseases. In psoriasis, IL-23 activates naïve T cells to convert into the major effector T cells, T 17 helper cells (Th 17), which themselves secrete further inflammatory cytokines (for example, IL-17A and IL-17F). The activity of the Th 17 cells can be either protective, in particular, against candida infections of the skin, nails, oral and genital mucosae, or promote inflammatory changes as in psoriasis and various autoimmune disorders. In psoriasis, IL-17 cytokines stimulate activation and proliferation of keratinocytes.

IL-23 is composed of two subunits; IL-12/23p40 and IL-23p19. The former subunit is shared with IL-12 and is the target for the biologic anti-psoriatic drug ustekinumab. However, it has been demonstrated that intra-dermal injection of IL-23 but not IL-12, can provoke clinical signs of psoriasis, suggesting that it is the action of IL-23 on the IL-23p19 subunit that is more relevant in the pathogenesis of psoriasis. Moreover, an unfortunate consequence of IL-12/23p40 blockage is a reduction in the production of Th 1 cells (initiated by IL-12) which lowers the hosts’ immune response to various pathogens. Indeed, ustekinumab has the potential to increase the risk of infections and should be avoided in those with active infections. Consequently, specifically targeting the p19 subunit of IL-23, as with tildrakizumab, is theoretically a more effective treatment option, sparing the hosts’ immune system.

Tildrakizumab is a high-affinity, humanised monoclonal antibody that was approved by the US Food and Drug Administration in March 2018. In July 2018, the Committee for Medicinal Products for Human Use adopted a positive opinion recommending marketing authorisation for tildrakizumab in Europe.

The first Phase IIb randomised, double-blind, placebo-controlled trial to evaluate the safety and efficacy of tildrakizumab was published in 2015.2 The study enrolled patients over the age of 18 with plaque psoriasis for ≥6 months and who were candidates for phototherapy or systemic therapy with a psoriasis area and severity index score (PASI) ≥12; psoriasis body surface area involvement ≥10% and a Physicians’ Global Assessment (PGA) of moderate, marked or severe at baseline. The PGA is a 6-point scale that assesses erythema, induration (thickness) and scale over the entire body. The 6 points on the scale are: 0 = none; 1 = minimal; 2 = mild; 3 = moderate; 4 = severe; and 5 = very severe. Thus patients had a score of at least 3 upon entry into the trial. The study continued for 52 weeks and was divided into two parts: part 1 represented the first 16 weeks and part 2, weeks 16 to 52. In addition, participants could also enter a 20-week, non-treatment follow-up period after week 52. All patients received active treatment in part 2 and non-responders at week 16 taking the lower doses of the drug or placebo, received an increase in dose to 100mg tildrakizumab and 100mg non-responders were increased to the 200mg dose. Treatment was given every 12 weeks.

Two Phase III randomised, double-blind trials have been undertaken with tildrakizumab – reSURFACE 1 and reSURFACE 2. The results from both trials were published in the same paper3 and are summarised in Table 1. Both doses of tildrakizumab were given at baseline and week 4 and every 12 weeks thereafter. Doses of etanercept were given weekly. No more than 40% of patients were allowed to have had previous treatment with a biologic agent and mean baseline PASI scores were approximately 20 for each of the groups.

The maximum efficacy in both studies was reached between weeks 22 and 28.

As shown in Table 1, tildrakizumab was more effective than etanercept. However, etanercept targets tumour necrosis factor-a, an inflammatory cytokine, which was found to be elevated in both the blood and lesional skin and in recent years, newer agents directed as IL-17 and IL-12/23 have proved to be more efficacious, hence demonstrating superior efficacy compared with etanercept.

Unfortunately, there is a lack of comparative head-to-head trials between the newer biologic agents, for instances, a comparison of a specific IL-23 and IL-17 inhibitor. Nevertheless, a recent meta-analysis4 has shed some light on the different therapeutic options, at least in the short-term. The analysis used data from published clinical trials to compare the efficacy and adverse effects of IL-17 inhibitors (ixekinumab, secukinumab and brodalumab) and IL-23 inhibitors (ustekinumab, guselkumab and tildrakizumab). The results showed that the IL-17 inhibitor, ixekinumab was the most efficacious (in terms of achieving a PASI 75), followed by ustekinumab (IL-12/23 inhibitor), whereas the IL-23 inhibitor tildrakizumab had fewest adverse effects.

These results suggest that the theoretical advantage of blocking only the IL-23p19 subunit (tildrakizumab) does not confer any clinical advantages compared with blockage of the IL-12/23p40 subunit (ustekinumab). Therefore abrogating both the Th 1 and Th 17 inflammatory pathways could represent a more effective therapeutic option.

A limitation of this analysis was that it was restricted to short-term use and longer-term data on the relative efficacy and safety of the newer agents is required for a fuller evaluation of the different agents.

Tildrakizumab appears to be an effective drug that could add to the therapeutic armamentarium of clinicians when treating patients with moderate to severe psoriasis.