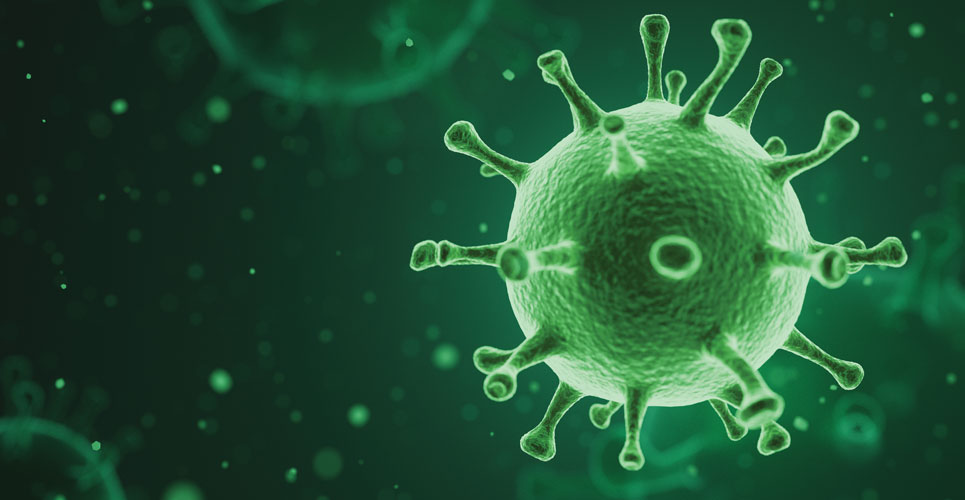 Share this story:
RELATED ARTICLES
Tracking the anticholinergic burden score during hospital admission in an acute hospital in England
Neonatal parenteral nutrition and the importance of the multidisciplinary team in delivery
The role of pharmacy in optimising physical health in individuals with severe mental illness
German hospital pharmacy forges ahead
Shortages are on the rise…

Pharmaceutical manufacturing and preparation activities played a critical part in supporting the response to the COVID pandemic across Europe, experts reported at the virtual GERPAC congress held in November 2020

Expert pharmacists in hospital practice and in academia have long argued that the continued availability of pharmaceutical manufacturing expertise and facilities in hospitals and academic institutions is essential to provide a back-up capability in case of unexpected events. In 2020, the activities of pharmacy departments across Europe demonstrated the flexibility, speed of response and ingenuity that pharmacy services were able to mobilise when the situation demanded.

Dr Paul LeBrun (University Medical Centre, Leiden, The Netherlands) explained that there had been a sharp increase in pharmaceutical preparation activity at the UMC Leiden during the first wave of the pandemic. In order to tackle shortages the pharmacy made “hundreds of litres of disinfectant”. It also took over the reconstitution of most of the injections for the intensive care unit and many ready-to-administer prefilled syringes were prepared using automated equipment that could produce 600 units per hour. In order to fill 50ml syringes efficiently, bulk solutions were prepared in 3-litre bags. As an emergency measure, the pharmacy department was also allowed to supply compounded products to other hospitals, something that is not normally permitted in The Netherlands. The Dutch Hospital Pharmacists’ Association (NVZA) worked closely with all stakeholders to ensure that supplies of drugs for intensive care were available and that medicines were distributed equitably throughout The Netherlands. A short video describing the work of the Dutch Coordination Center for Medications was made. (See www.youtube.com/watch?v=cZkqLkEzCGs).

Carmen Lopez (Specialist Pharmacist, Hospital Clinic Barcelona, Spain) said that there had been a big effort to reduce the numbers of patients coming to the hospital. The pharmacy department had built up telepharmacy services and put in place home delivery services.

Professor Irene Krämer (Mainz University Hospital, Germany) emphasised that the pharmacy was able to take on a number of activities because they already had the pharmaceutical expertise and the appropriate equipment. For example, large quantities of hand disinfection solution were made and supplied to midwives. There were shortages of analgesic and sedative drugs including propofol, sulfentanil, midazolam, ketamine and dexmedetomidine. “Ten kilogrammes of midazolam was bought by the German government and in one week we made 10,000 50ml vials containing midazolam 2mg/ml”, she explained. Unusually, the pharmacy was permitted to supply this drug to other hospitals and even to some hospitals in France. “There was no shortage of epinephrine injection in Mainz because this is manufactured routinely in the pharmacy department”, she added.

In Switzerland, the pharmacy service of the Swiss Armed Forces was heavily involved in the pharmaceutical response. Members of the Medical Logistics Battalion were deployed to support civilian hospitals. In the pharmacy department they helped with stock management and a number of production activities, Nicolas Widmer (Chief Pharmacist, Eastern Vaud Hospitals, Rennaz, Switzerland) explained.

In Luxembourg pharmacy staff were responsible for the purchase and issue of medicines, medical devices and personal protective equipment (PPE). Laurence Floener (Chief Pharmacist, Luxembourg Hospitals) explained how one pharmacist and two assistants undertook all the work. “It is not always easy to identify trustworthy suppliers; we asked for valid CE certificates but there were falsifications”, she said. In addition to the supply task, the pharmacy also established a pharmaceutical COVID helpline.

One topic common to a number of countries and contributors was the question of whether the shortage of propofol injection could be addressed by manufacture in hospital pharmacies. Professor Farshid Sadeghipour (Chief Pharmacist, Lausanne University Hospital, Switzerland) explained how his team had investigated the possibility of preparing propofol 2% injection (a nano-emulsion) by adding the pure substance to Lipofundin 20%. The emulsification process proved to be a major hurdle – five minutes of manual shaking was required. “We learned what our limits are; some things are just too much for us to do”, he concluded.

The general conclusions were that the flexibility, solidarity and resourcefulness of pharmacy staff were all important factors that made many of these achievements possible. Close working with wards and departments to understand needs had been critical. Above all, it was necessary to have the expertise and equipment in place before the crisis arose. This is the reason why pharmaceutical preparation and manufacturing facilities should never be overlooked.

A video presentation by Jean-Baptiste Desbouges and his colleagues at the Oncopole, the Toulouse University Cancer Institute, described the basic principles of safe handling of drugs that have to be stored at ultra-low temperatures. Some advanced medicinal therapy products such as CAR-T-cells require this type of storage, as does the Pfizer-BioNTech vaccine (BNT162b2).

Cryopreservation makes use of liquid nitrogen. The gas is colourless, odourless, tasteless and fireproof with a boiling point of –196°C. There are three main hazards associated with liquid nitrogen – asphyxia, burns (cold burns, frostbite) and explosions (due to trapped nitrogen expanding at room temperature under a covering of ice).

Using a question/answer format and demonstrations, the presenters explained how the properties of liquid nitrogen give rise to the specific hazards and the precautions that must be taken. The video (in French with English subtitles) can be seen at www.gerpac.eu/video-competition-winner.

The preparation and successful use of a bacteriophage-loaded hydrogel to treat a chronically infected knee prosthesis was described in a short presentation by Thomas Briot and colleagues (Red Cross Hospital, Lyon, France). A 58-year-old man had a persistent Staphylococcus aureus infection in a prosthetic knee joint. In order to preserve the joint and the patient’s mobility, bacteriophage therapy was chosen to eliminate the infection. There is no licensed product for this kind of treatment and so suitable phages had to be obtained, formulated in a hydrogel and packed in a syringe ready for application to the prosthesis (in the orthopaedic operating theatre). The procedure resulted in clearance of the infection and preservation of the joint and therefore the limb. This innovative treatment required close cooperation between clinicians, surgeons, pharmacists, industrial companies developing bacteriophages and health authorities to make it possible.

Paediatric amiodarone tablets (‘printlets’) produced using a 3D printer offered the advantages of solid oral dosage forms while ensuring the precision of an oral suspension, according to Ian Soulairol and colleagues at the University Hospital of Nîmes.

The technique was based on fused deposition modelling using a 20% (w/w) amiodarone filament supplied by a pharmaceutical laboratory. Printlets of three different dose strengths were made. The authors commented that the process itself was easy, the products uniform and that training time was short. However, the printer that was used was not ideal for tablet printing and printers that meet the requirements of Good Preparation or Manufacturing Practices are needed.