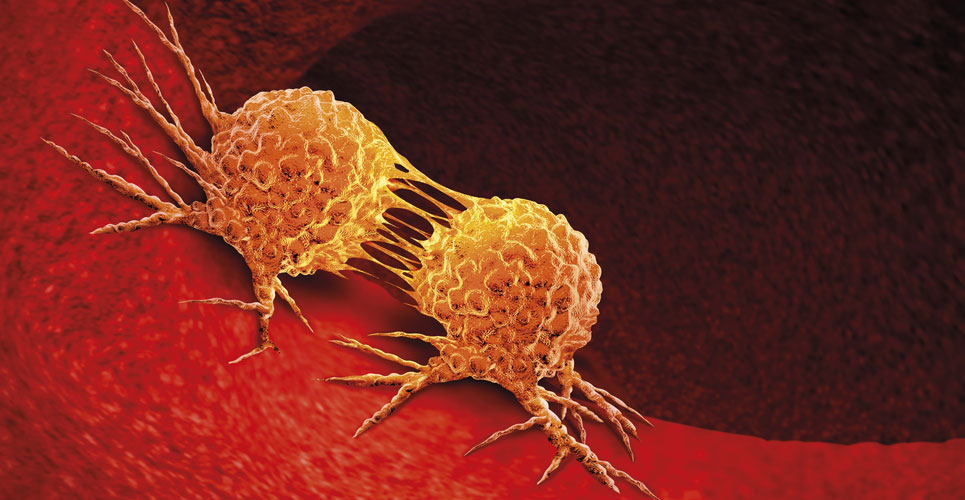 Early treatment of lung cancer leads to longer survival and better quality of life but the disease tends to be diagnosed late because early symptoms are non-existent or non-specific. Screening high-risk individuals could hold the key to early detection

Lung cancer is the leading cause of cancer death worldwide and currently accounts for three deaths every minute. The World Health Organization estimates there were about one billion smokers in the world by 2012 and during the 21st century about one billion tobacco-related deaths can be expected, compared with 100 million in the 20th century.1

Treatment has advanced considerably in recent years with the development of immunotherapy and targeted treatment to hit the oncogenes that drive some lung cancers. There have also been considerable advances in interventional radiology and improved surgical techniques.

The International Association for the Study of Lung Cancer (IASLC) has launched the Lung Ambition Alliance (www.lungambitionalliance.com) – an initiative dedicated to reducing the burden of lung cancer and doubling the five-year survival rate for patients with lung cancer by 2025. The organisation says that in order to deliver on Lung Ambition, it will require multidisciplinary input. Health care professionals, the public and patients need more education about lung cancer if this is to succeed. In addition, there will need to be some form of screening to identify cases of disease at an early stage.

Almost everyone likes the idea of screening for lung cancer because it holds out the promise of early identification and treatment. In order for screening to be effective, it must be possible to reach the high-risk group in the general population and there has to be a test that is both sensitive and specific. In addition, the scheme must be economically viable and the benefit must outweigh the harm. Screening causes harm when there is over-diagnosis, psychological distress or even needless treatment. There is general agreement among experts that screening has to be targeted at the groups at highest risk and recently considerable effort has been put into testing methods to find those at high-risk.  There is no national lung cancer screening programme in England or Scotland at present.

The Dutch-Belgian Randomized Lung Cancer Screening Trial (NELSON) has provided an important boost to the case for screening in Europe.4 The National Lung Screening Trial (NLST) in the US previously showed a 20% relative reduction in lung cancer mortality for annual screening over three years with low-dose computed tomography (LDCT) scanning compared with chest radiography.5 However, experts doubted whether the high rates of referral seen in the US would be feasible in Europe and so the NELSON trial was designed.

This compared lung cancer death rates in nearly 16,000 current or former smokers aged 50–75 years who were screened with those who were not screened. The screening method was LDCT scanning performed at baseline and after 1, 3 and 5.5 years; participants were followed up for 10 years. The uptake of CT scanning was 95.5%. About 50% of the cancers diagnosed in the screening arm were early stage but in the control arm about 70% of cancers were stage III/IV at diagnosis. The results showed a 26% reduction in lung cancer deaths in the screened group of men. (There was a 61% reduction in deaths in the female group but this should be interpreted with caution because the group was much smaller).  However, it is worth noting that bowel cancer screening was introduced in the UK on the basis of a 15% reduction in deaths.

One important challenge with screening programmes is using a suitable method to target the highest risk groups. A number of risk models have been developed, most of which are based largely on age and smoking, for example, the US Preventive Services Task Force (USPSTF) criteria. Studies have shown that the predictive accuracy can be improved by including other factors such as family history of cancer, personal history of other cancers. Examples include the Liverpool Lung Project (LLP) and the PLCOm2012 risk prediction models. Such models are likely to become more important as the number of smokers falls and the need to identify high-risk individuals in the never-smoking population grows.

The interim results of a study comparing the utility of the USPSTF criteria and the PLCOm2012 risk prediction method in nearly 5000 participants showed that the PLCOm2012 method selected 385 more individuals as being suitable for screening and identified 24 more cancers than the USPSTF method.6

In the UK, the Manchester Lung Health Check scheme, using mobile, low-dose CT scanning (LDCT) demonstrated the feasibility of screening, identifying 80% of cancers at stage I or II. As a result, the scheme is now to be rolled out nationwide. Current and former smokers aged 55–74 years will be invited for a lung health check and be offered a chest scan, if appropriate. This scan could take place in a mobile unit or in a hospital setting. In the first instance screening will be confined to ten of the areas of the country with the highest lung cancer death rates.

The Yorkshire Lung Screening Trial runs from 2017–2024 and is recruiting 55–80-year-old smokers or ex-smokers to intervention or usual care groups. The intervention group is screened by telephone interview using USPSTF, PLCO and LLP criteria. Lung cancer outcomes over six years will be assessed.

The Early Detection of Cancer of the Lung In Scotland (ECLS) is a randomised study to determine whether measurement of auto-antibodies to tumour antigens (the EarlyCDT® lung test), compared with NHS care, can identify people at high risk of lung cancer and reduce the frequency of patients with late-stage lung cancer at diagnosis. The results showed a 36% reduction in late stage presentation after two years of follow up and a trend towards reduced mortality.7

The BioMILD study (in Italy) showed that the combination of blood microRNA measurement and LDCT reduces unnecessary LDCT repeats in lung cancer screening.8 The study involved 4119 volunteers aged 50–75 years, with smoking histories of more than 30 pack years, followed for 4.5 years. The results showed that high baseline blood microRNA plus positive LDCT strongly predicts lung cancer risk and mortality at four years. Those with double negatives (that is, negative LDCT and low microRNA) had no risk of lung cancer for four years. No detrimental effects were seen in these low-risk subjects allocated to three yearly screening compared with shorter intervals.

Conclusions and next steps

Perhaps the most critical aspect of screening is ensuring that people are aware of the criteria for screening and lung health checks and take up the opportunities for screening. The importance of early diagnosis cannot be over-emphasised – outcomes are always better if lung cancer is treated at an early stage. Lung cancer does not occur in isolation and every health care professional needs to be aware of the ‘red flags’ that could be a sign of the disease and to make use of them during consultations (See box below).

Smoking cesssation should go hand in hand with screening. Two points are important here – first, screening represents a ‘teachable moment’ when people are receptive to the idea of smoking cessation and, second, it is still worthwhile, even after a diagnosis of lung cancer. The IASLC has recently launched its ‘Tobacco Declaration’ (www.iaslc.org/About-IASLC/News-Detail/declaration-from-iaslc-tobacco-cessation-after-cancer-diagnosis). This calls for continued efforts to encourage smoking cessation after a cancer diagnosis, a situation in which the harms are commonly under-appreciated.