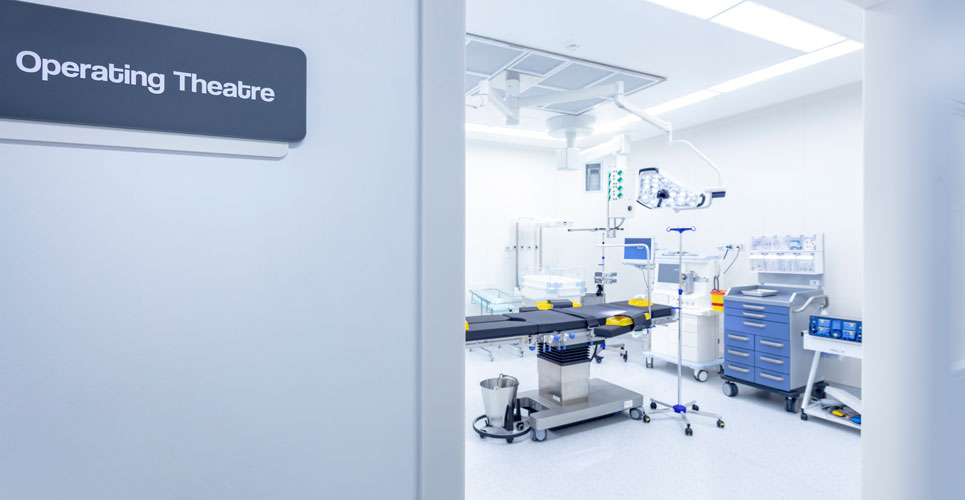 by Christine Clark
Freelance medical writer
Published on 27 May 2021

Intravenous non-opioid analgesics are an important component of post-operative pain management and can provide effective pain relief with good tolerability, participants at a B. Braun satellite symposium at the eESRA Congress 2021 heard

Support for the development of this report was provided by B.Braun

Intravenous, non-opioid analgesics remain a useful addition to post-operative pain management that can offer real benefit to patients, according to Alexander Tzabazis (Senior Physician and Deputy Director of the Department of Anaesthesiology and Intensive Care Medicine, University Hospital, Schleswig-Holstein, Lübeck, Germany). Speaking at a B. Braun satellite symposium at the recent eESRA congress, he described how IV non-opioid analgesics can be used most effectively.

ERAS versus the traditional approach

When considering protocols for enhanced recovery after surgery (ERAS), several elements are the same as for traditional post-operative pain management but there are critical differences. The overall goals with respect to pain management are to ensure as little pain as possible both at rest and with movement, and also to limit the impact of pain on the patient’s overall wellbeing. Several measures are important for patient satisfaction, including informed consent and emotional stability, something that is best achieved by ensuring that patients are educated about their medical care and involved in decisions as much as possible, explained Dr Tzabazis. At the same time, it is important to limit side effects arising from the pain management strategies employed – specifically, this means reducing post-operative nausea and vomiting (PONV), sedation and dizziness as far as possible. In addition, ileus or other GI complications, pruritus and respiratory depression should be minimised and the development of post-operative cognitive dysfunction (POCD) or delirium should be avoided.

However, the big difference between the ERAS approach and the ‘old-fashioned’ approach is that ERAS has a very strong focus on functional recovery. This means a rapid return to taking food by mouth, regaining control of bowel and bladder function as fast as possible, and rapid ambulation after surgery and, furthermore, to regain cognitive function swiftly so that patients are able to think and reason as they did before surgery and ultimately return to the activities of daily living as fast as possible. “If that means we have to accept slightly higher pain ratings, we are OK with that – but we really want them to recover functionally as fast as possible”, said Dr Tzabazis.

“We have a lot of weapons that we can use to tackle peri-operative pain. These include regional anaesthesia, peripheral nerve blocks, neuraxial analgesia, NSAIDs, COX2 inhibitors, corticoids, paracetamol, NMDA antagonists, alpha-2 agonists, IV local anaesthetics (for example, IV lidocaine infusion) and also gabapentinoids”, said Dr Tzabazis. Perioperative pain is complex and multifactorial – there is a somatic component and there will certainly be an inflammatory component as
a result of the incision. There is also a neuropathic component because surgeons cannot avoid cutting small nerve fibres. Taking these factors into account post-operative pain needs to be tackled from several angles. “At all levels of pain processing – from the peripheral nerves, through the spinal cord and up to the CNS there are drugs that can address the pain or the nociceptive input. Acetaminophen (paracetamol) and NSAIDS are ‘pretty good’ at addressing the pain at several levels – and they also have central [analgesic] effects”, he said.

The WHO pain ladder originally had only three steps but later a fourth step that included epidurals and nerve blocks was added (Figure 1). For post-operative pain, the ladder is used in reverse – the so-called ‘WHO top-down pain ladder’ for peri-operative use.

For example, in a 12-year-old patient undergoing funnel chest repair, pain relief would start with a pre-operative thoracic epidural, starting on step 1 of the top-down ladder (that is, step 4 of the original pain ladder). For the post-operative pain management, when the epidural is eventually removed, the patient is switched to weak opioids on an ‘as required’ basis, but at all steps along the way non-opioids should be added, emphasised Dr Tzabazis.

A study in 2019 looked at the extent to which non-opioid modes of pain management were able to reduce post-operative complications in patients undergoing joint arthroplasties. Patients included in the study suffered from obstructive sleep apnoea – thus a patient population very susceptible to complications was monitored.1

In a retrospective analysis of more than 1.8 million patients, about 180,000 patients were included in the study and categorised according to whether one, two or more than two non-opioid interventions were added to the opioid strategy (that was used in all patients). These included NSAIDs, paracetamol, gabapentinoids, peripheral nerve blocks, steroids and ketamine. The primary outcome was ‘oral morphine equivalents required’; secondary outcomes were opioid adverse events and resource utilisation.

Several interesting findings emerged. Over the ten-year period (2006–2016) the percentage of patients receiving opioids alone fell steadily from about 30% to 5% and the percentage of patients receiving more than two additional non-opioid analgesics rose from about 5% to more than 50%.
“So there’s a clear trend towards non-opioid analgesic interventions and also combinations of non-opioids for these patients”, noted Dr Tzabazis. At the same time there was a dramatic decrease – about 50% – in the median number opioid prescriptions. This also coincided with reduced odds for post-operative mechanical ventilation and critical care admissions, in a stepwise manner, depending on how many non-opioid interventions were added. Gastrointestinal complications were also reduced. “That’s why some authors like to use the term, ‘maximodal analgesia’ instead of ‘multimodal analgesia’”, said Dr Tzabazis.

A Cochrane review examined the efficacy of oral analgesics for management of acute post-operative pain in adults.2 Results were reported as ‘numbers needed to treat’ (NNTs) for 50% pain relief over four to six hours – the smaller the number, the more efficacious the drug or combination. “The combinations of ibuprofen and paracetamol come near the top of the list – ibuprofen alone was pretty good but the combination was better”, noted Dr Tzabazis.

A 2012 study – a compilation of pharmacokinetic studies – compared 400mg doses of ibuprofen given by IV infusion at three different rates over 5–7 minutes, 30 or 60 minutes, or orally.3 The area under the curve is quite similar for IV or oral administration indicating that the bioavailability is almost 100% regardless of route of administration. The peak level after oral administration is reached at about 90 minutes, whereas for the fastest infusion rate the peak is reached at 5–7 minutes. Peak levels were reached at 30 and 60 minutes after the 30- and 60-minute infusions, respectively. “So, it really makes it much easier for us, in the perioperative period, to time the onset of action of those drugs when we can give it IV instead of giving it pre-operatively as a PO dose”, said Dr Tzabazis.

The European Medicines Evaluation Agency (EMEA) identified the need for an IV formulation for ibuprofen for use in children and infants as long ago as 2005. An intravenous formulation is now available that is approved for use in children of six years and above who weigh at least 20kg*. The single dose is 10mg/kg and there are specific dosage recommendations based on the body weight.

A multicentre, double-blind, placebo-controlled, randomised, controlled trial of ibuprofen included more than 200 patients who underwent abdominal and orthopaedic surgery.4 Either 800mg IV ibuprofen or placebo was initiated at the time of skin closure, in addition to morphine administered via a patient-controlled pump. Visual analogue pain ratings were recorded for the first 24 hours of the post-operative period. “There was a robust decrease in pain ratings with co-administration of IV ibuprofen”, noted Dr Tzabazis. In addition, “the morphine requirement in the IV ibuprofen group was basically cut by half – so 50% less opioid requirement and at the same time decreased pain ratings”, he added.

A Cochrane review from 2016 included 75 studies with more than 7000 patients who each received a single dose of IV paracetamol.5 The authors found a clear benefit for paracetamol in terms of ‘more than 50% pain relief over four hours’ compared to placebo. There was also a clear benefit in terms of reduction of opioid consumption in the group that received paracetamol. There was no increase in adverse events or serious adverse events in those patients.

Finally, a review of many different data sources, among them national guidelines, PubMed searches on NSAIDs, Cochrane data, and EMBASE, led to the conclusion that “NSAIDs provide highly effective analgesia for post-operative pain particularly when combined with acetaminophen”.6 The results were broken down to show the risks and benefits of commonly-used single agents and combinations acetaminophen+ibuprofen and acetaminophen+oxycodone. The major risks analysed were harm to the patient because of persistent opioid use or harm due to the increased risk of bleeding. Acetaminophen+oxycodone treatment was associated with a number needed to harm (NNH) of 10-17 for persistent opioid use†, whereas this risk is obviously absent with the acetaminophen+ibuprofen combination. The biggest benefit was that many more patients achieved a 50% reduction in pain with acetaminophen+ibuprofen (63 out of 100) compared with the acetaminophen+oxycodone group (37 out of 100). “So – you have a higher percentage of patients with good pain control with no risk of opioid abuse”, concluded Dr Tzabazis.