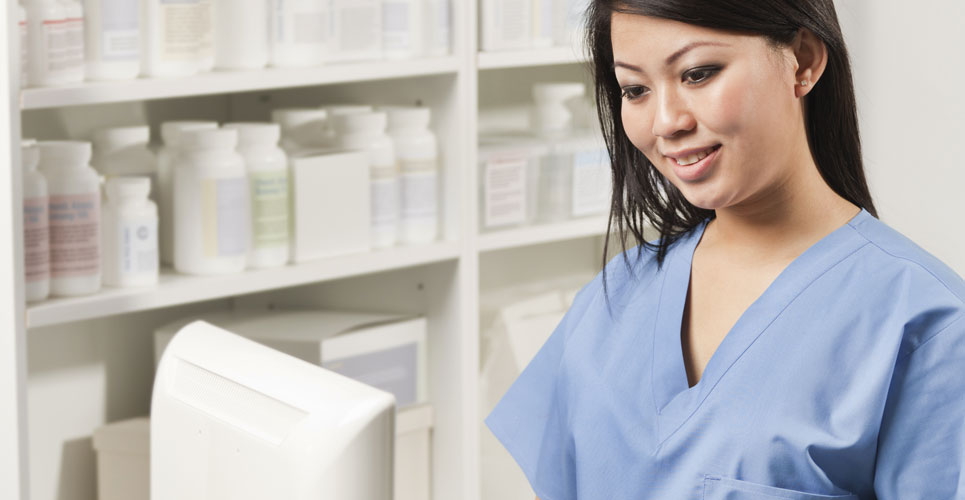 New technology to support safer decision-making is being increasingly used to stop medication errors. One of the most effective is clinical decision support – a fast-growing field providing point-of-care information on symptoms, treatment plans and drug choices

There are an estimated 237 million medication errors per year in the National Health Service (NHS), with 66 million being ‘definitely avoidable’ adverse drug reactions (ADRs). These errors can be tragic for the patients involved and have serious financial implications for the healthcare system as a whole. NHS Improvement estimates that medical errors cost the NHS £98.5 million annually and contribute to 1700 deaths per year.

The cost of corrective therapies, additional tests, new medications, and hospital readmissions needed to address ADRs are all expenses that could have been avoided had the initial error been prevented. Not only that, the time needed to treat adverse events and readmissions puts additional strain on clinical staff that may already be stretched thin, drawing on resources already in short supply. In this regard, ADRs are known to be a major cause of avoidable hospital admissions, especially among the elderly.

This is an international problem. For example, in the US, the 2018 HCUP (Healthcare Cost & Utilisation Project) concluded that ADRs are “increasingly common, in part because of the substantial increase in prescription drug use”.1 Underlining the fact that ADRs are an issue for both physicians and off-site pharmacists, HCUP found that average costs among ADRs present on admission to hospital had risen by 15% over four years, while average costs for ADRs originating during hospital stays were up 27%. So it is no surprise that HCUP has concluded that “preventing ADRs is a top priority in US healthcare.”

Compounding the problem, the cost of ADRs to the healthcare system extends well beyond its impact on patient safety. To be involved in a medication error can be devastating to individuals who provide care. The institutions that employ healthcare professionals also face a loss of reputation and patient confidence that can adversely affect their mission.

While the US data are especially rich, studies from Europe,2 Japan,3 Australia,4 and Africa5 underline the universality of the ADR challenge.

Using technology in the fight against ADRs

Thankfully, the scale of the problem has been acknowledged by most healthcare authorities in leading economies.

In the UK, the Department of Health and Social Care established a national Medicine Safety Programme in 2018, focused on addressing medication errors from all angles, including packaging and labelling design, safer prescribing methods – including electronic prescribing, understanding of human-factor error, the use of metrics to drive a reduction in the risk of harm and changes to administration protocols.

Within this, the use of new technology to support safer decision-making is being increasingly explored. One of the most effective tools is clinical decision support (CDS) – a fast-growing field in medtech that provides healthcare professionals with point-of-care information on symptoms, treatment recommendations and drug choices.

Armed with this authoritative information at the point of care, frontline clinicians can get real-time answers to drug-related questions, allowing them to evaluate the risk and make an alternative recommendation if they determine the therapy has the potential to create an ADR – thus reducing medication errors.

Exploring the capabilities of CDS

Typical of the problems that an integrated CDS tool can help address are drug allergies, dosing errors (particularly common among paediatric patients where body mass index varies greatly), drug efficacy (for example, comparing the performance of drugs) and drug reconciliation. The latter ensures that a constantly updated medication list follows patients through the care continuum.

CDS also helps prescribers tackle problems caused by drug interactions. This is an increasing concern now as many older patients take multiple drugs. This proportion of polypharmacy increases with age, with nearly half of people aged over 75 years in the UK taking at least five types of drugs.6

Dr Pradeep Dhal, a physician at Berrywood Hospital, Northamptonshire Healthcare NHS Foundation Trust, treats patients with mental health conditions, who often have polypharmacy. He says that mobile CDS enables him to check for potential interactions between drugs. “The Lexicomp tool lists potential interactions and classifies them according to severity. You can look at a single medication and it will pull up all the potential interactions in a helpful colour-coded way. You obviously still need to exercise clinical judgment but it’s helpful as a ‘go-to’ that’s in my pocket all the time.”

Patients can play a role in ADRs as well of course. Confusion from multiple drugs or non-adherence to treatment plans can often be mitigated with effective patient education resources. Adherence to treatment plans is critical to patient outcomes and minimising risk. CDS resources that complement the clinician-oriented side of drug information with easy-to-understand patient education available in many languages can tangibly improve patient engagement in their own care.

Using CDS to tackle ADRs outside of hospitals

Significantly, CDS tools do not just deal with the characteristic of the drugs themselves. They also signpost potential problems related to an individual patient’s age, gender, or weight, as well as conditions such as pregnancy or kidney dysfunction. Increasingly CDS is also able to take account of a person’s genetic make-up – via the emerging science of pharmacogenomics. Put simply, pharmacogenomics makes it possible to factor in a patient’s genetic information into the prescribing process, so clinicians are no longer reliant on a trial and error approach. It makes it possible to identify which drugs will prove most effective for a certain patient; and whether there are dosing/side effect implications. We are actively building genomics information into its drug reference resources, with the aim of highlighting possibly important drug–gene pairings to clinicians with actionable recommendations.

As more and more data are integrated into app-based CDS tools, their accuracy and efficacy increases. A growing number of clinical prescribers regard them as an invaluable resource to support their work. One recent survey of junior doctors for the Royal College of Physicians revealed that about half of the 1200 respondents believed apps were essential to their work, and “supporting prescribing” was a key category they found useful.7

However, there is one major challenge that needs to be addressed in the wider category of CDS – that is, ‘alert fatigue’. This is where over-exposure to non-critical information causes clinicians to override alerts without serious consideration. According to data published in the Journal of the American Medical Informatics Association, between 40% and 90% of alerts are overridden (depending on the scenario).8

Worse, there is evidence of a link between overrides and medication errors. For example, an analysis of errors reported through the Pennsylvania Patient Safety Reporting System identified 583 ADRs in one year, where a clinician overrode an automated alert that could have helped avoid the error.9

Fortunately, technological advances, better collaboration, and a more holistic approach to CDS systems and content development are helping improve the quality and reduce the quantity of alerts. Clinical surveillance solutions such as Sentri7 are powered by evidence-based content, resulting in more intelligent alerts, helping clinicians to identify not only medication errors but also hospital-acquired infections earlier and faster.

Analytics infrastructures with real-time clinical surveillance in the clinical workflow are going some way towards addressing the problem of alert fatigue, by providing a dashboard that shows how clinicians are responding to alerts. As a result, healthcare organisations are better able to identify the ADRs that generate most of their alerts and uncover patterns such as patient demographics, disease states and provider specialty that contribute to alerts that fall into this category.

Although CDS is a broad field of technology, ranging from basic online search to sophisticated workflow-embedded tools, it is clear it has much to offer in the battle against medication errors. When optimally deployed, CDS has potential to significantly reduce ADRs – saving lives and providing critical support on the front-line of patient care.