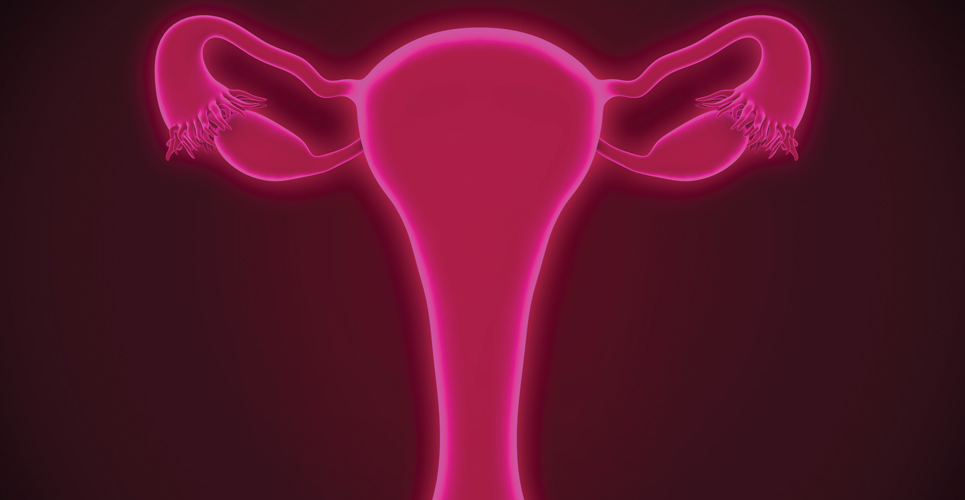 Women experience a range of troublesome symptoms as they approach the menopause, one of which is thinning of the vaginal wall which leads to dryness and irritation and painful sexual intercourse. Ospemifene is a recently introduced treatment that specifically targets the vaginal mucosa to provide relief of symptoms

The menopause represents a normal physiological change in a woman’s life that commences after permanent cessation of menstruation and occurs at an average age of 51–52 years.1 The low levels of oestrogen associated with the menopause give rise to vasomotor symptoms such as hot flushes and night sweats which can affect up to 75% of women for as long as 7.4 years.2 In addition, many women also experience genitourinary symptoms. The genitourinary area contains a large number of oestrogen receptors and prior to the menopause, oestrogen maintains an adequate blood supply to the vaginal mucosa and an optimal level of lubrication.

The vaginal epithelium is composed of three cell types; parabasal cells; intermediate; and mature superficial cells. During the reproductive years, there is a predominance of superficial cells with few, if any, parabasal cells. As the superficial cells are exfoliated, they die and glycogen within the cells is broken down to glucose and used by lactobacilli within the vaginal lumen to create lactic acid which helps maintain the vaginal pH is between 3.7 to 4.5. In the postmenopausal state, the level of parabasal cells outweighs superficial and intermediate cells3 and this alteration in the composition of vaginal cells and increase in pH can be used quantitatively to measure the impact of exogenous hormones.4 The cellular changes lead to a constellation of localised symptoms such as vaginal dryness, burning and irritation as well as dyspareunia (painful sexual intercourse) which are referred to as vulvovaginal atrophy (VVA). In addition to VVA, postmenopausal women also experience urinary problems such as urgency, nocturia, incontinence and even recurrent urinary tract infections. As the menopausal loss of oestrogen induces both vaginal and urinary symptoms, since 2013, the preferred term has been genitourinary syndrome (GSM) rather than VVA,5 although VVA is still used in the literature. It is a very common condition affecting up to 45% of older women,6 and which has a negative impact on women’s lives. In a survey of 3500 affected women, 82% of women reported experiencing vaginal discomfort for a year or more and 80% considered that this discomfort negatively impacted on their lives.7 Despite this high prevalence, up to 70% of affected women do not discuss their condition with a healthcare professional.8

In 2015, NICE guidance on the management of the menopause recommended the use of vaginal oestrogens for urogenital atrophy, even if a women is co-prescribed systemic HRT.9 Local hormonal treatments contain either oestradiol and oestriol (both of which are naturally produced in the body although the former is more potent) and patients can combine these with vaginal lubricants. Local hormonal therapy is effective at reversing the symptoms of GSM and can be used by the majority of patients. The only contraindication is in patients with undiagnosed vaginal or uterine bleeding and those with oestrogen-dependent neoplasia.10 This need for an alternative therapy lead to the development and introduction of ospemifene.

Drugs that can selectively activate and block oestrogen receptors are known as selective oestrogen receptor modulators (SERMS). This class of drugs have a discriminatory action upon oestrogen receptors and act either as an agonist or antagonist depending on the location of the receptors. For instance, the SERM tamoxifen, had an antagonist effect on oestrogen receptors in the breast (hence its use as a treatment for breast cancer) but agonist activity in bone tissue, being able to maintain bone mineral density. The most recent SERM to be introduced is ospemifene, which was approved
by the FDA in 2013 and launched in the UK in November 2018. The drug has oestrogenic activity in the vaginal tissue and according to the summary of product characteristics, is indicated for the management of moderate to severe symptomatic vulvar and vaginal atrophy in post-menopausal women who are not candidates for local vaginal oestrogen therapy.11

The clinical efficacy of ospemifene has been confirmed in three multicentre, randomised, double-blind studies in postmenopausal women aged between 40 and 80 years of age and with a diagnosis of VVA. This diagnosis was based on three criteria: less than 5% superficial cells on a vaginal smear; a vaginal pH >5 and at least one moderate or severe symptom of VVA (either vaginal dryness or dyspareunia) on a 4-point Likert scale (0 = none, 1 = mild, 2 = moderate, 3 = severe). This was recorded as a patient’s most bothersome symptom (MBS). In the trials, all women were permitted to use a non-hormonal lubricant.

There were four coprimary endpoints for the studies that were measured at baseline and after 12 weeks:

The change in the proportion of vaginal cell types (that is, parabasal, superficial and intermediate) that occurred after use of ospemifene can be quantified using the maturation value which reflects the changes in cell type with increased oestrogenisation. For instance, as described earlier, the proportion of superficial cells numbers is reduced during the menopause whereas immature parabasal cells predominate. As oestrogenisation increases (that is, after treatment with ospemifene or any other hormonal therapy), the level of mature superficial cells increases while parabasal cell levels reduce. The maturation value is a quantitative measure of this change, based on the percentage of each cell type identified from a vaginal smear. The maturation value ranges from 0 to 100 with higher values indicating greater maturation, in other words, that the vaginal tissue has responded to local therapy.

In the three trials, women were considered to be responders if the maturation value had increased by 10 points, the vaginal pH decreased by 0.5 and there was a decrease in MBS of 1.  The proportion of responders in each trial at week 12 is shown in Figure 1.

Although doses of 30mg and 60mg ospemifene were used in the trials, comparisons were made between the 60mg and placebo as summarised in Table 1.14

The safety of ospemifene over 52 weeks has been reported in one study which was a randomised, double-blind, placebo-controlled, Phase III trial. This was designed to evaluate safety although efficacy was assessed as a secondary outcome. In total, 426 women with an intact uterus were assigned to either ospemifene (n = 363) or placebo (n = 63) and patients could not use lubricants for the first 12 weeks of the study.14 Any adverse effect was reported by 42% of those taking ospemifene and 36% in the placebo group. In total, 88% of adverse effects were considered mild or moderate. The results showed that the drug was well tolerated with few adverse effects in women with an intact uterus.15 Similarly, in women without a uterus, ospemifene 60mg, reported adverse effects included hot flushes in 10% of women, leading to discontinuation in 2%.16 Common (that is, >1/100 but <1/10) adverse effects included vulvovaginal candidiasis, muscle spasms and vaginal/genital discharge.

In the most recent 12-week, Phase III trial, ospemifene was superior to placebo at week 12 in the four co-primary outcome measures, evaluated in other trials. However, although a secondary outcome, significant improvements were observed as early as week 4.17

Lack of direct head-to-head data with local oestrogens makes it more difficult to determine the place of ospemifene in the management of GSM. However, one indirect comparative study has attempted to indirectly quantify the differences between ospemifene and local oestrogens. It concluded that drug has an equal efficacy, safety and tolerability profile to local oestrogens.18 Ospemifene has recently been approved for use by NHS Scotland for women with VVA who are not candidates for local vaginal oestrogen therapy.14 The drug is not recommended in the NICE menopause guideline that preceded its introduction, although whether advice will change in subsequent updates remains to be seen.