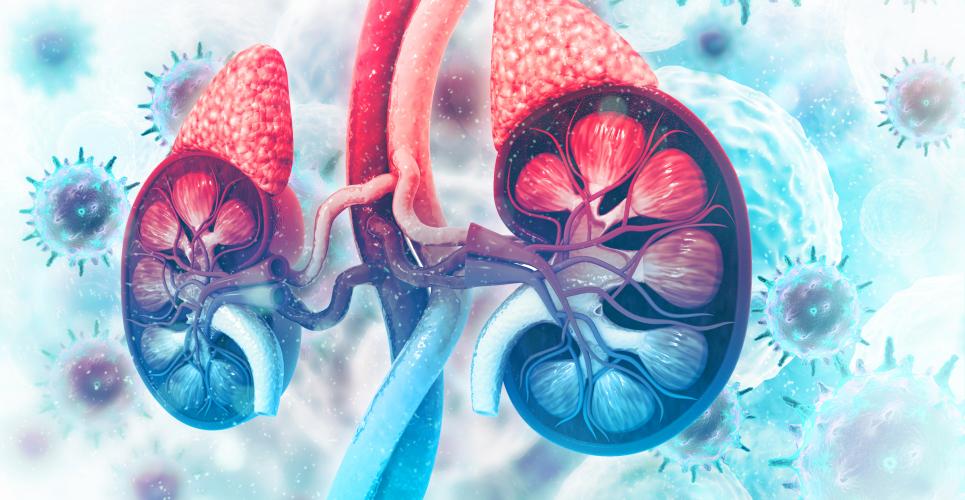 Scientists have discovered a potential biological reason why women are more likely to develop adrenal disorders, including cancer. According to the researchers, the answer could lie in the increased turnover of hormone-producing cells found in the adrenal glands of females.

The adrenal gland is a hormone producing organ that sits on top of the kidneys. The outer part, or cortex, is responsible for the production of several hormones, including the stress-related hormone cortisol and the blood pressure controlling aldosterone. Adrenal cancer is relatively rare but occurs approximately three times more in women than in men. The cellular basis for this difference has not been investigated in detail but uncovering it might lead to sex-specific treatments and has huge implications for many areas of research.

Dr Andreas Schedl, from INSERM, France, who led the study said: “To our surprise we found that adrenal cells in female mice show a much more rapid turnover compared to males, which we could trace back to a different behaviour of adrenal stem cells between the two sexes. Furthermore, we could show that the observed differences are due to hormones that are produced by testes that suppress cell division, thus slowing down renewal in the male adrenal.”

The research has wide reaching implications, as it demonstrates the basic mechanism underlying the increased turnover of cells within the adrenal gland, providing a possible explanation for the increased incidence of adrenal disorders in women.

Dr Schedl explained: “It is early days and many more experiments will need to be performed before our research can directly benefit patients. However, we believe that our study teaches a number of important lessons that are of immediate relevance to scientists, pharmacologists and clinicians.”

This research might lead to sex-specific treatment options for diseases like adrenal cancer and, according to Dr Schedl, could have implications on a far wider field of disorders: “Importantly, while our study concentrated on the adrenals, we are convinced that similar differences may also be found in other organ systems.”

Dr Helen Rippon, Chief Executive of the charity Worldwide Cancer Research, whose supporters helped fund the study, said: “Sex differences are not necessarily the first thing that comes to mind when thinking about cancer research or treatments. But this study has shown that it is crucial to consider potential differences between male and female when trying to understand the basis of cancer biology. Most importantly, these findings could have implications for treatment options further down the line and highlight the importance of early-stage, discovery research. We are delighted to fund this kind of research, as we believe that these innovative approaches are ultimately going to lead to a world where no life is cut short by cancer.”