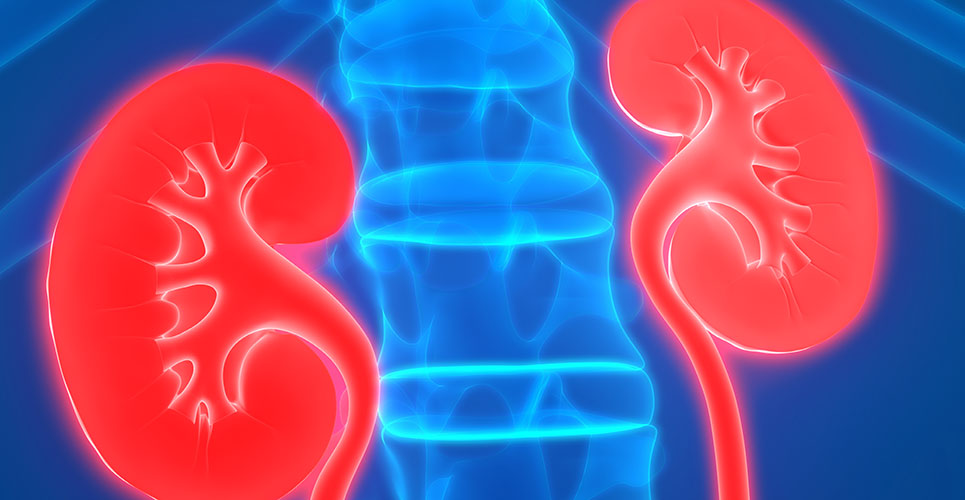 The short-term outcome of renal transplantation has improved over the past two decades. The introduction of cyclosporine for the prevention of acute rejection in the 1980s led to an increased rate of graft survival at 1 year.(1) In recent years, newer immunosuppressive agents, such as tacrolimus (“Tacro”), mycophenolate mofetil (MMF) and sirolimus (“Siro”), have been associated with further reduction in the incidence of acute rejection episodes.(2–4) With improved control of early rejection and graft loss,(5) the emphasis in renal transplantation has now shifted towards improving the long-term transplant course. This includes a focus on reducing late graft loss by stabilising and improving renal function, controlling side-effects of immunosuppressive agents and reducing risk factors for patient survival.

Comparison of tacrolimus and cyclosporine
Tacro and cyclosporine are important immunosuppressive agents for the prevention of acute rejection in renal allograft recipients. The two agents are thought to broadly exert their immunosuppressive action by similar mechanisms; however, they differ in chemical structure, binding capacity and toxicity profiles. According to the results of a study from Raimund Margreiter for the European Tacrolimus vs Ciclosporin Microemulsion Renal Transplantation Study Group, Tacro was significantly more effective than cyclosporine microemulsion in preventing acute rejection after renal transplantation, in addition to demonstrating a superior cardiovascular risk profile.(6)

Mycophenolate mofetil
MMF has been shown to decrease significantly the number of acute rejection episodes in renal transplant recipients during the first year. However, a beneficial effect of MMF on long-term graft survival has been more difficult to demonstrate. Ojo and colleagues conducted a registry analysis (n=66,774) to assess the impact of MMF on chronic allograft failure.(8) MMF decreased the relative risk for the development of chronic allograft failure by 27% (risk ratio 0.73; p<0.001). This effect was independent of its outcome on acute rejection. Siddiqi et al conducted a pooled analysis (n=1,489) to evaluate the long-term survival benefit (at 3 years) of MMF given in conjunction with cyclosporine and corticosteroids.(9) The 3-year graft survival rates observed with MMF (2g) were 81.1%, 84.8%, and 81.9%, respectively, compared with 74.7%, 78% and 80.2%, respectively, for patients receiving azathioprine. The odds of overall graft failure at 3 years were lower with MMF compared with azathioprine (odds ratio 0.73; 95% confidence interval (CI) 0.54–1.00; p=0.05). There was no differential survival benefit observed with 3g versus 2g MMF. This study provides some comfort and rationalisation for continuing this agent long-term.

Sirolimus
In an attempt to reduce nephrotoxicity in renal transplant recipients further, recent efforts have focused on calcineurin inhibitor minimisation and avoidance-based immunosuppressive regimens. In a study of 525 renal allograft recipients, Oberbauer and colleagues examined early cyclosporine withdrawal from a Siro–cyclosporine– corticosteroid regimen.(10) At 24 months, cyclosporine withdrawal resulted in no statistically significant differences in patient survival, graft survival, acute rejection after randomisation or discontinuation. Moreover, patients in whom cyclosporine was withdrawn demonstrated a significantly better serum creatinine level (1.90 vs 1.45mg/dl; p<0.001) as well as systolic blood pressure (141 vs 134mmHg; p<0.001).
Tacrolimus/sirolimus vs tacrolimus/MMF vs cyclosporine/ sirolimus
It has been proposed that long-term high-dose calcineurin inhibitor therapy is a component of the chronic allograft nephropathy observed months to years following renal transplantation. In an attempt to reduce allograft nephropathy while maintaining a sufficiently immunosuppressed state to avoid acute rejection, Siro and MMF were compared as adjunctive therapy in combination with a planned dose reduction of Tacro over the first year postoperatively. Adjunctive Siro therapy in combination with a similar algorithm for cyclosporine (Neoral(®), Neo) dosage reduction was included for comparison.

The study was a single-centre randomised trial of 150 patients in three study arms (50 patients per arm) consisting of first renal transplant recipients from cadavers or non-HLA identical living donors. Group A received Tacro and Siro. Target Tacro trough levels postoperatively were 10, 8 and 6ng/ml at 1 month, 6 months and 1 year, respectively. Group B received Tacro and MMF. Target Tacro trough levels were 10 and 8ng/ml at 1 month and 1 year, respectively, with a targeted dose of MMF of 1g twice daily. Group C received Neo and Siro with target Neo trough levels postoperatively of 225 and 175ng/ml at 1 month and 1 year, respectively. Siro target trough levels were to be maintained at 8ng/ml in groups A and C. All three groups received daclizumab (Zenapax(®)) as induction therapy and methylprednisolone maintenance. There were no notable differences in demographics among the three groups.

There were no statistically significant differences in overall actual patient and graft survival at 1-year analysis, but there was a trend towards the expectation of greater graft failure in group C, although this has not yet been observed. More definitively, acute rejection rates were statistically lower in groups A and B combined, in comparison with group C: that is, 4% for groups A and B vs 14% for group C (p=0.03). There was also a clear trend towards greater deterioration in renal function, as detected by the rising slope of the mean serum creatinine concentration (p=0.02) and decreasing clearance (p=0.04) in group C during this first postoperative year, consistent with the sequential protocol biopsy analysis. A greater percentage of patients in group C were placed on antihyperlipidaemia therapy, with group A requiring fewer and group B requiring the fewest of such interventions (p<0.00001). Thus far, no post-transplant lymphomas have appeared, and infectious complications have not differed among the groups.

This 1-year interim analysis indicates that a decreased dosage of nephrotoxic calcineurin inhibitors with the addition of Siro or MMF could maintain favourable results. These appear to be optimised if either Tacro and Siro (group A) or Tacro and MMF (group B) are used in combination, in contrast to a somewhat less favourable outcome with the use of Neo and Siro in combination (group C).(3,4)

Campath-1H
In an attempt to reduce both initial and long-term (nephrotoxic) calcineurin inhibitor maintenance dosage and totally eliminate maintenance corticosteroids, Ciancio and colleagues used alemtuzumab (Campath-1H) as induction therapy in first cadaver and non-HLA identical living donor renal transplantation.(11) Forty-four de-novo renal allograft recipients were treated with Campath-1H (0.3mg/kg) on day 0 and day 4 postoperatively, preceded by methylprednisolone boluses. Maintenance target 12h tacrolimus trough levels of 5–7ng/ml were operational from the outset as well as (reduced) MMF dosage of 500mg twice daily. Corticosteroids were not given after the first week postoperatively.

With a median follow-up of 9 (range 1–19) months, patient and graft survival are both 100%. Biopsy-proven acute rejection was diagnosed in four patients. A total of four patients developed infections that required hospitalisation. Thirty-eight recipients remained without the need for long-term corticosteroid therapy. In an early assessment, the combination of Campath-1H, low dosing of Tacro and MMF, in addition to avoidance of maintenance corticosteroid use, appears to be safe and effective.