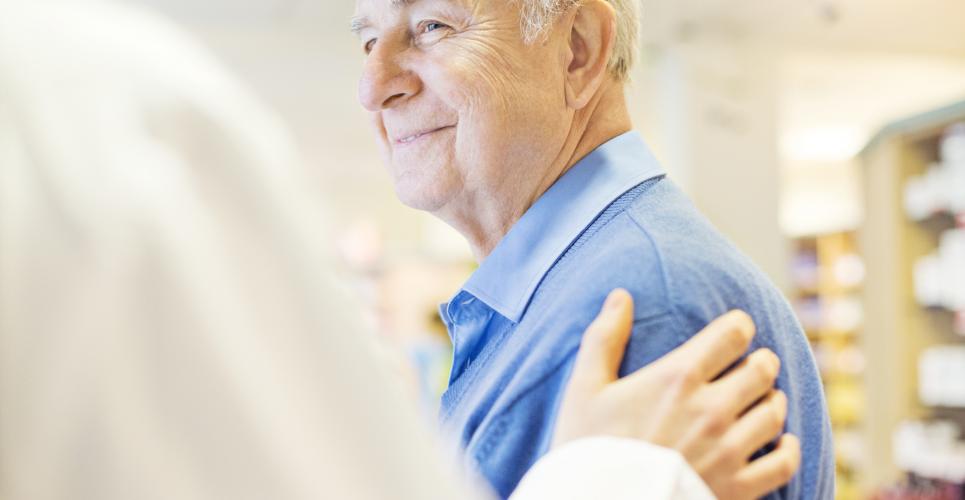 Elderly patients with heart failure who see a pharmacist once a week are more likely to take their tablets and be active in daily life, according to late breaking results from the PHARM-CHF randomised controlled trial presented at Heart Failure 2019.1

“Adhering to a complex medication regimen is a huge challenge for elderly patients with heart failure,” said co-principal investigator Professor Martin Schulz, of the Department of Clinical Pharmacy, Freie Universitaet Berlin, Germany. “It is estimated that 30% to 50% of patients in Europe are non-adherent to heart failure medications, which results in increased frequency and severity of symptoms such as breathlessness, worsening heart failure and consequent hospitalisations, and higher mortality.”

Non-adherence includes not collecting a prescription, taking a lower dose or less pills than prescribed, drug holidays (during weekends or holidays, or when feeling better), or completely stopping one or more drugs.

The PHARM-CHF trial investigated whether regularly seeing a pharmacist improves adherence to heart failure medications.2 A total of 237 ambulatory chronic heart failure patients aged 60 years and older were randomly allocated to usual care or a pharmacy intervention and followed-up for a median of two years. The average age was 74 years, 62% were male, and the median number of different drugs was nine.

The intervention started with a medication review. Patients brought their drugs to a pharmacist who made a medication plan, checked for drug interactions and double medications, and contacted the physician about any risks. Patients then visited the pharmacy every 8-10 days to discuss adherence and symptoms, and have blood pressure and pulse rate measurements. Drugs were provided in a pillbox with compartments for morning, noon, evening, and night on each day. The pharmacist updated the medication plan if needed and contacted the doctor with new drug-related problems or significant changes in vital signs.

The primary efficacy endpoint was the proportion of days three heart failure medications were collected (using pharmacy claims data) in the year after randomisation. The drugs were beta blockers, angiotensin-converting enzyme inhibitors or angiotensin receptor blockers, and mineralocorticoid receptor antagonists. Compared to usual care, the intervention resulted in a significant 5.7% absolute increase in collection.

The researchers also calculated the proportion of patients who collected the three drugs at least 80% of the days under study (defined as adherent) compared to baseline. The proportion of adherent patients increased from 44% to 86% in the pharmacy group and from 42% to 68% in the usual care group – a significant 18%-points difference between groups. Patients in the pharmacy group were three times more likely to become adherent compared to the usual care group. Six patients would need to receive the intervention to achieve at least 80% adherence in one patient.

There was no difference between groups in the primary composite safety endpoint of days lost in the year following randomisation due to unplanned cardiovascular hospitalisations or all-cause death.

Professor Schulz, who is also director of the Department of Medicine at ABDA – Federal Union of German Associations of Pharmacists, said patients would need to see the pharmacist every week lifelong for the benefits to continue: “The key point is that pharmacy visits need to be used as an opportunity to provide structured care.”

Co-principal investigator Professor Ulrich Laufs, director of the Department of Cardiology, Leipzig University, Germany, said: “Cardiologists and general practitioners would welcome this type of intervention since it does not change the medication that is prescribed but helps patients to follow the treatment strategy.”