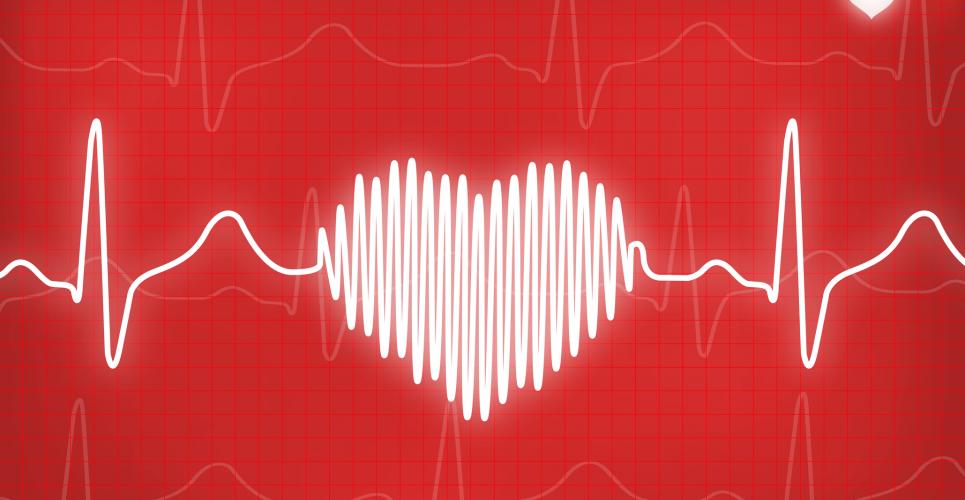 Women who have a cardiac arrest outside the hospital setting are less likely to receive resuscitation from bystanders and more likely to die than men, according to new research published in the European Heart Journal.1

The researchers, led by Hanno Tan MD, PhD, at the University of Amsterdam found that men and women did not receive equal treatment when suffering a cardiac arrest in the community. An important factor in this was that people did not recognise that women who collapsed were having a cardiac arrest, leading to delays in calling the emergency services and delays in providing resuscitation treatment. Cardiac arrest occurs when the heart goes into an irregular rhythm and then stops beating completely. It is different to a heart attack (or myocardial infarction).

Dr Tan said: “We found that the worse outcome in women is largely attributable to the fact that women had about half the chance of having a shockable initial rhythm compared to men.”

Shockable initial rhythm is the heart rhythm recorded when someone with cardiac arrest is connected to an electrocardiogram machine; it is very fast (often more than 300 beats a minute) and chaotic. This fast and irregular rhythm prevents the heart from beating in a coordinated way so that there is no effective pump function, and blood can no longer circulate round the body and to the heart, leading to cardiac arrest. Death occurs within minutes unless the heart can be shocked back to a normal rhythm by means of an electrical current from a defibrillator. If this does not happen, then the shockable initial rhythm dissolves into a “flat line”, which indicates the absence of any electrical activity from the heart. At this point it is too late for defibrillation to work and the only remaining option is chest compression to try to restore circulation sufficiently for the heart to regain its electrical and mechanical activity. The ability to recognise and treat a cardiac arrest within minutes is, therefore, crucial to being able to treat patients while they still have a shockable initial rhythm and before their heart stops.

Dr Tan and his team analysed data from all resuscitation attempts made by emergency services between 2006 to 2012 in one province in The Netherlands. They identified 5717 out-of-hospital cardiac arrests treated during this period, 28% of which occurred in women.

They found that women were less likely than men to receive a resuscitation attempt by a bystander (68% versus 73%), even when there was someone there to witness the collapse (69% versus 74%). Survival from the time of the cardiac arrest to admission to hospital was lower in women (34% versus 37%), and women were less likely to survive from admission to discharge (37% versus 55%). Overall, the chances of women surviving to be discharged from hospital was about half that of men (12.5% versus 20%). The researchers believe this is largely explained by the lower rate of shockable initial rhythm in women – 33% versus 52% – and found several reasons that might explain this difference.

“Even when we adjusted our results to take account of pre-existing diseases and factors relating to the way in which resuscitation was provided by professionals, for example how long it took for the ambulance to arrive or time to defibrillation after cardiac arrest, we still found that women were half as likely as men to have shockable initial rhythm,” said Dr Tan. “This suggests that the lower proportion of women with shockable initial rhythm is not fully explained by women being more likely to have pre-existing diseases or by different resuscitation factors, and that other, as yet undiscovered, factors also play a role. However, when we looked only at cardiac arrest victims who did have a shockable initial rhythm, we found there was no difference in overall survival rates between men and women.”

The researchers also found differences in the way women were treated in hospital. They were less likely to be diagnosed with an acute myocardial infarction, and less likely to undergo coronary angiography or percutaneous coronary intervention.

The researchers say that a possible reason why fewer women have shockable initial rhythm by the time the emergency services reach them may be because fewer women than men tended to have a cardiac arrest when there were other people around to see it happen (for demographic reasons, there are more elderly women living on their own than men), and because the symptoms of a heart attack (one of the most common causes of cardiac arrest) may not be recognised so quickly in women.

“People may be less aware that cardiac arrest can occur as often in women as in men, and the women themselves may not recognise the urgency of their symptoms,” said Dr Tan. “Women may have symptoms of an impending heart attack that are less easy to interpret, such as fatigue, fainting, vomiting and neck or jaw pain, whereas men are more likely to report typical complaints such as chest pain.”

The researchers call for a range of measures to tackle the problem of survival differences between men and women, ranging from public awareness campaigns about heart attack and cardiac arrest in women to reorganisation of health care systems in order to provide faster resuscitation to women, particularly those living on their own, for instance, by wearable devices that monitor heart rate and circulation and that can send alerts to monitoring systems.

“As cardiac arrests occur most often outside the hospital setting in the general population, much can probably be gained by raising awareness in society that cardiac arrest is as common in women as in men but may have different symptoms. Given the short window available to save the life of the patient, every minute in this early phase counts; help, if only a call to the emergency number by a lay person, is crucial. So, raising awareness through public campaigns could make a big impact on women’s survival. The fact that in-hospital treatment also seems to be different is a finding that can be acted on now and may be easier to implement,” he concluded.

Limitations to the study include the fact that 181 surviving patients were not included because they did not consent, and data on pre-existing diseases in 27.5% of heart attack patients were missing, although in both cases the missing data were distributed evenly between the sexes. The researchers had no information on symptoms patients may have reported before their heart attacks, which may have influenced how quickly witnesses might make an emergency call.