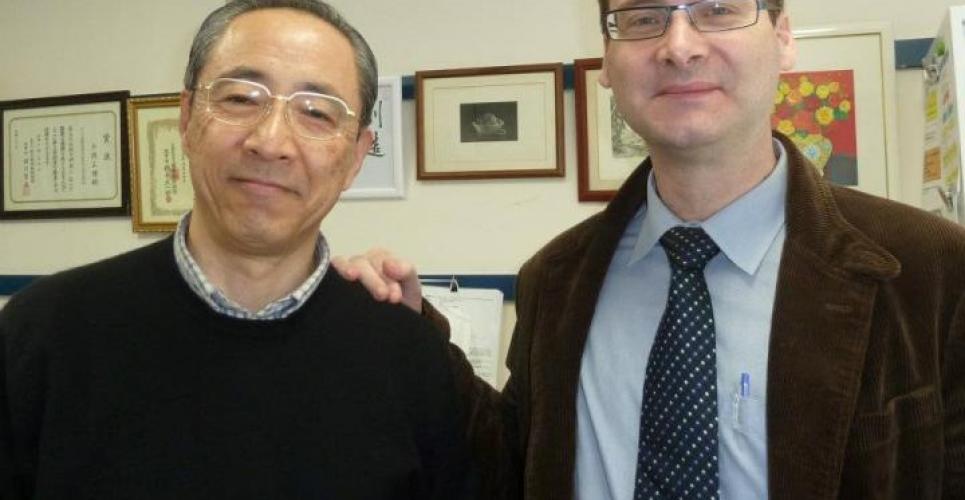 by devsupport
Published on 25 April 2019

After 20 years of dedicated research, scientists have cracked the chemical code of an incredibly complex ‘anti-tumour antibiotic’ known to be highly effective against cancer cells as well as drug-resistant bacteria, and have reproduced it synthetically in the lab for the first time.
The ‘super substance’ – kedarcidin – was discovered in its natural form by a pharmaceutical company when they extracted it from a soil sample in India almost 30 years ago. Soil is the natural source of all antibiotics developed since the 1940s but in order for them to be developed as potential drug treatments they must be produced via chemical synthesis.
Unlike many other antibiotics which focus solely on killing bacteria, kedarcidin is also capable of harming tumour cells and has potential as an effective cancer treatment.
Dr Martin Lear at the University of Lincoln, UK, and Professor Masahiro Hirama, based at Tohoku University in Japan, have become the first scientists in the world to create a total synthesis of this highly unstable natural product. Their findings are published in The Journal of Antibiotics from Nature.
Dr Martin Lear explained: “Following its discovery in soil it took 10 years to determine the molecular structure of kedarcidin. With a reactive core protected by a protein cloak, it resembles something like a scotch egg!
“In 1997, I began the long journey of making kedarcidin’s reactive core with Professor Hirama, who was recently awarded the highest honour for a scientist in Japan. We basically needed to piece together a molecular puzzle of remarkable difficulty and then develop new ways of making the jigsaw pieces. 20 years later we have finally solved the puzzle.
“This extraordinary journey has revealed new molecular insights and promising mechanisms for fighting cancer and combating drug-resistant bacteria, and it has challenged the frontiers of chemistry and biology. Now the new biological knowledge and chemical ability we have can be used to develop the next generation of antibiotics and anticancer agents.”