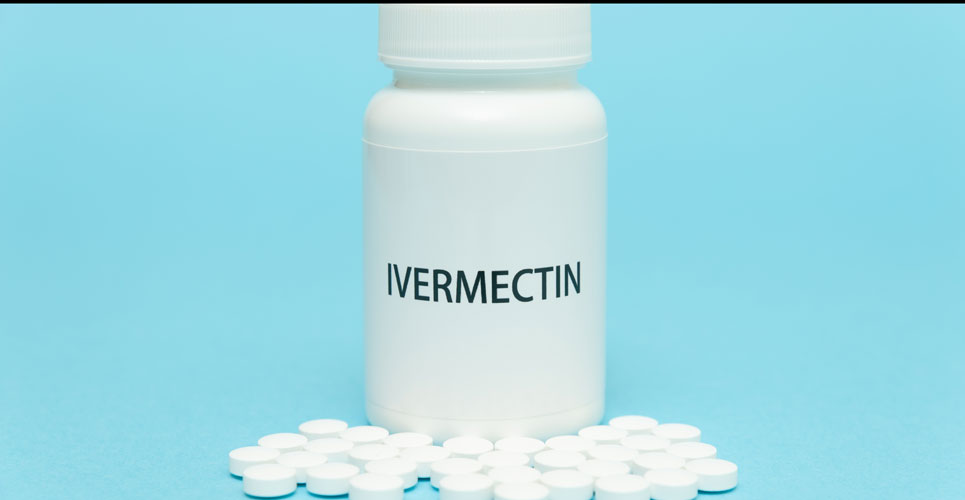 by Christine Clark
Published on 4 February 2021

A plan to eradicate SARS-CoV-2 in Belgium in six weeks using ivermectin was recently put forward by a Belgian virologist. As the number people testing positive grows and hospitals struggle to cope, this approach deserves serious consideration in other countries too

In the early days of the COVID-19 pandemic, there was much talk of drug repurposing and the search for suitable candidate drugs began. It was not long before the majority of research effort and money was being poured into existing antiviral drugs and a sprinkling of others.1 In more than 500 trials registered in the first six months, the majority focused on a small number of drugs including hydroxychloroquine, ritonavir, azithromycin, tocilizumab, lopinavir, chloroquine and ivermectin. By late 2020, there was a wave of published results from therapeutic trials of medicines reporting a lack of impact on mortality with use of remdesivir, hydroxychloroquine, lopinavir/ritonavir, interferon, convalescent plasma, tocilizumab,
and monoclonal antibody therapy. One year into the pandemic, the only drug with proven benefits was dexamethasone (for patients who were already hypoxaemic). One drug that had received relatively little attention until recently was ivermectin.

Ivermectin has been widely used to treat a variety of human parasites since its introduction in 1981. It is estimated that four billion doses have been taken over the past 40 years. Such was its impact that the two scientists who discovered and developed ivermectin subsequently received the 2015 Nobel Prize in Physiology or Medicine. Ivermectin is on the WHO’s model list of essential medicines.

A number of clinical trials with ivermectin have been running since early in the pandemic and it has become clear that ivermectin has activity against SARS-CoV-2 and that it is effective both for prophylaxis and treatment of COVID-19. A rigorous meta-analysis of the 15 randomised controlled trials and observational controlled trials that have so far reported their results has been carried out by Lawrie, in the UK.2 The results show that ivermectin treatment reduces deaths by an average 83% (95% CI 65%–92%). It also reduces the risk of deterioration by 53% (95% CI 23%–71%). Prophylactic ivermectin given to health care workers or relatives of infected persons reduces the risk of infection by 88% (95% CI 82%–92%).

A group of intensivists in the USA – the Front Line COVID-19 Critical Care (FLCCC) Alliance has called for the rapid introduction of ivermectin to stem the tide of infections.3 Furthermore, Marc Wathelet, a Belgian virologist has argued that SARS-CoV-2 could be eradicated in Belgium in the space of six weeks if ivermectin were used.4 Similar results could be expected in other countries if the same protocol was followed.

Wathelet’s proposal hinges on the use of ivermectin at all stages of COVID-19 infection – “a multi-pronged approach”, as advocated by the FLCCC Alliance. Critically, it calls for ivermectin prophylaxis to control the spread of the disease. He suggests two doses of 0.3mg/kg 72 hours apart every month, for health care workers and for family members of those who test positive for SARS-CoV-2. Transmission within households in one of the major drivers of the pandemic and prophylactic ivermectin could cut this dramatically. Contacts of cases should also receive prophylactic treatment. The next step is ivermectin for early treatment of people with symptoms of COVID-19 infection to reduce the severity and duration of the disease.
At present only paracetamol is recommended. The third step is the use of ivermectin in severe COVID-19 infection to reduce mortality.

Barriers to ivermectin use

Wathelet acknowledges that the successful implementation of such
a plan would require “tremendous leadership”. Scientific counter arguments and practical hurdles would have to be overcome.

The most frequent counter-argument is that there is insufficient evidence and/or that studies have not been peer-reviewed. Lawrie’s meta-analysis includes nearly 4000 patients. Furthermore, the author of this analysis has systematically removed trials of low quality and/or high risk of bias so it is hard to see how the estimates of effect size will be significantly improved by waiting for more studies. Several more randomised, controlled trials are due to report before the end of January 2021. Assuming that they are included in an updated analysis, we can reasonably expect to see the confidence intervals narrow still further. There would now be a problem with planning additional placebo-controlled trials; given the weight of evidence in favour of ivermectin, it could no longer be considered ethical to commission a placebo-controlled trial.

Regarding the lack of peer review for some studies, the manuscripts for all the studies are available for all to see and appraise. Wathelet argues, “…it would be foolish to wait for the slow and flawed peer-review process in the context of a pandemic, when lives are at stake”. Others have noted that that remdesivir, corticosteroids, monoclonal antibodies, convalescent plasma and vaccines have all been adopted for clinical use before peer review and publication.3

Another common counter argument is that the effect cannot be real because the concentration of ivermectin needed to inhibit SARS-CoV-2 replication in vitro was about 2.5µM, a level that cannot be reached in the plasma in vivo in people. Ivermectin is highly lipid-soluble and consequently tissue levels are higher than plasma levels. Ivermectin has broad spectrum antiviral activity. It also has some anti-inflammatory activity. Several mechanisms of action have been identified but it is not known which are most important.

An unspoken counter argument appears to be a belief amongst decision-makers that vaccines will solve everything and no more treatment is required. This is clearly wrong because it will be many months before large enough numbers have been vaccinated to protect the population.

If we consider practical hurdles, the first is actually making the drug available. Some 20 countries have already included ivermectin in their COVID-19 management strategies and so there must be some lessons to be learned from them. Wathelet says, “The drug itself must be made widely available in all our pharmacies, and any regulatory red tape that would delay the rapid distribution of ivermectin for oral administration must be circumvented expeditiously.” In the UK, clearly the best way forward would be for the Medicines and Healthcare Products Regulatory Agency to authorise use of ivermectin for prophylaxis and treatment of COVID-19 on the basis of the published evidence to date. The next step would be to put in place the mechanisms for the drug to be made available through community pharmacies either using a Patient Group Direction (PGD) or by making the drug a Pharmacy (P) medicine. It is worthy of note that the drug is available over the counter in several South American countries.

Obtaining a supply of ivermectin tablets might also be a modest hurdle because the drug is not in routine use in the UK and therefore supplies would need to be imported or manufactured in the UK. It is listed in the British National Formulary as an (unlicensed) oral treatment for onchocerciasis, chronic Strongyloides infection and for hyperkeratotic (crusted) scabies. It is also available as a 1% topical treatment for papulopustular rosacea.

Alongside the introduction of the drug via community pharmacies, Wathelet also advocates the rapid organisation of a prophylaxis trial among health care workers, and a treatment trial for the severe cases. He says, “The criteria for randomisation, including specific occupation of these workers, must be defined and the randomisation and drug distribution must be carried out promptly. The faster we act, the quicker we will be able to lead a life unencumbered by this virus.”

So where does this leave us? Ivermectin is cheap, well tried-and-tested over the past 40 years and already available as a generic product in many countries. It is effective in preventing transmission of SARS-CoV-2 and also in treating the disease. The evidence for effectiveness of ivermectin continues to grow and deserves our attention and action. Failure to act swiftly on this evidence might begin to look like dereliction of moral responsibility.