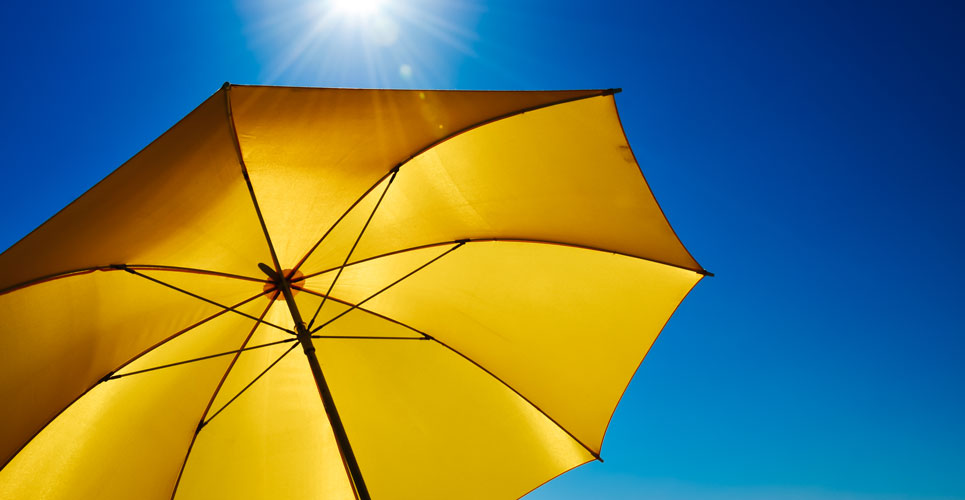 As skin cancer rates rise in the UK, experts have called for better screening for skin cancer and provision of information about good quality sunscreens but other innovative approaches are proving to have an impact on behaviour and skin cancer incidence

In a year when temperatures reached the highest ever recorded in the UK, it was fitting that time was devoted to sun protection and skin cancer prevention at the recent Annual Meeting of the British Association of Dermatologists. The incidence of squamous cell carcinoma (SCC) – a type of non-melanoma skin cancer (NMSC) is high and is rising steeply, according to Professor Charlotte Proby (University of Dundee, Scotland). In 2015, there were more than 200,000 new skin cancers in the UK, including more than 45,000 SCCs and prevention initiatives are urgently needed, she said.

The role of UV exposure as a causative factor in cancer is well-recognised. Organ transplant recipients (OTRs) who are taking immunosuppressants are known to have a 10–250-fold increased risk of developing non-melanoma skin cancers (NMSCs). Sun exposure increases the risk yet further. Previous studies have shown that patients are not always aware of the risk and do not always use adequate sun protection. Daily use of sun protection factor (SPF) 50 is an effective preventer of skin cancer. Recently an SPF reimbursement scheme for transplant recipients was introduced at one hospital in Dublin, Ireland, in an attempt to increase SPF use.

This entitled patients to receive SPF 50 products free-of-charge when prescribed by a dermatologist or transplant specialist. A survey of renal transplant recipients showed the 32 out of 87 patients were receiving SPF reimbursement. Nearly all patients reported using the SPF daily and their usage had increased as a result of receiving free supplies. Before the intervention, 10% of this group had not used any sun protection, although they all claimed to be aware of the increased risks. The investigators called for reimbursement of SPFs to be more widely available.

Another development of interest was a proposed randomised controlled trial (RCT) to evaluate the impact of nicotinamide for chemoprevention
of skin cancers in OTRs. Nicotinamide enhances repair of UV-induced DNA damage and there is emerging evidence that it reduces the incidence of keratinocyte cancers. However, it is not currently routinely prescribed in the UK for high-risk groups. Commentators noted that the UK is one of the only places where a RCT of nicotinamide would be feasible because in the US, for example, the majority of OTRs are already taking nicotinamide. Others noted that nicotinamide costs about £80.00 per month on an National Health Service prescription but £8–12 for three months over-the-counter in a health food store.

The incidence of melanoma in the UK also continues to rise whereas in Australia there has been a significant down turn in recent years, according to Professor Craig Sinclair (University of Melbourne, Australia). He noted that preventive measures in the UK were poorly funded. The estimated annual cost of treating skin cancer in the UK is £200 million but there is negligible investment in prevention, he said. The Australian Sun Smart campaign was built on hard-hitting messages such as the oft-repeated, “There is nothing healthy about a tan”.

In addition, sunscreens are VAT-free, sun protection clothing is tax-deductible, all schools have shaded areas and beach lifeguards wear sun-protective clothing, so as to be good role models. Furthermore, all sunbeds have been banned since 2015 – “the sunbed industry was wiped out overnight”, said Professor Sinclair. The net result of this multipronged approach is that the incidence of malignant melanoma in the under-55 age group is falling. The economic argument had proved powerful in Australia. For every dollar invested there was a yield of $2.30 (Aust) and the cost of prevention was estimated to be 29c – “a strikingly good return on investment”, he said.

Sunscreen products also have a role to play. One study had shown that daily sunscreen use for 4.5 years halves melanoma rates. However, studies in Australia have revealed falling levels of public confidence in sunscreens with 20% of adults concerned that regular use of sunscreen might affect vitamin D status and one fifth believing that sunscreen ingredients are bad for health. Furthermore, scare stories in the mainstream media have fuelled misunderstandings about sunscreens, said Professor Sinclair. Rebuttal of media scare stories about sunscreens is important to maintain confidence in the products. Sunburn is usually the result of poor application of sunscreen rather than a reaction to the product.

Skin cancer prevention is an area where all health care professionals have a part to play. For hospital pharmacists, identification of OTRs who are at high-risk and provision of information about suitable sunscreen products is important. In addition, reinforcement of the wider prevention message should not be overlooked  – after all, prevention is always better than cure.